NASA is to launch a ‘priority’ mission to explore mysterious mounds on the moon that have baffled scientists.

The US space agency has unveiled plans for a rover to visit the Gruithuisen Domes, geological features which experts believe were formed by a sticky magma rich in silica, similar in composition to granite.

On Earth, formations like these need oceans of liquid water and plate tectonics to form, but without such ingredients on the moon, experts are unsure how the domes formed and evolved over time.

The Lunar Vulkan Imaging and Spectroscopy Explorer (Lunar-VISE) investigation, slated for 2025, will consist of a suite of five instruments.

Two of these will be mounted on a stationary lander and three mounted on a mobile rover to be provided as a service by a Commercial Lunar Payload Services (CLPS) initiative vendor. 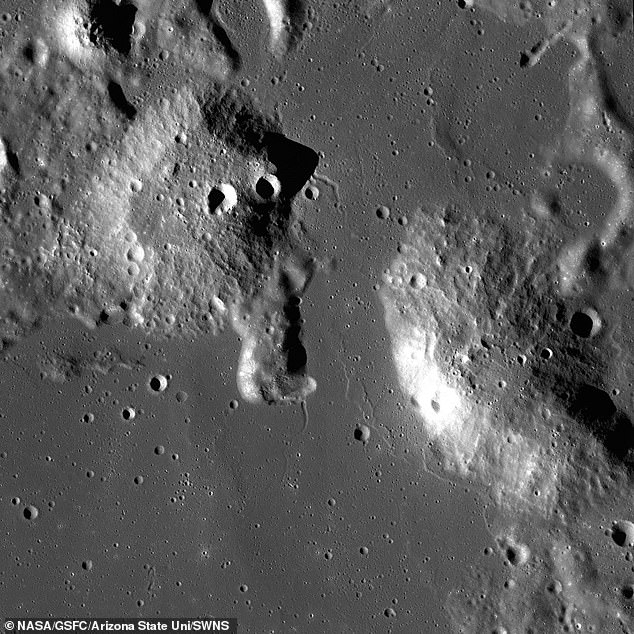 NASA is to launch a ‘priority’ mission to explore mysterious mounds on the moon that have baffled scientists. The US space agency has unveiled plans for a rover to visit the Gruithuisen Domes (pictured) 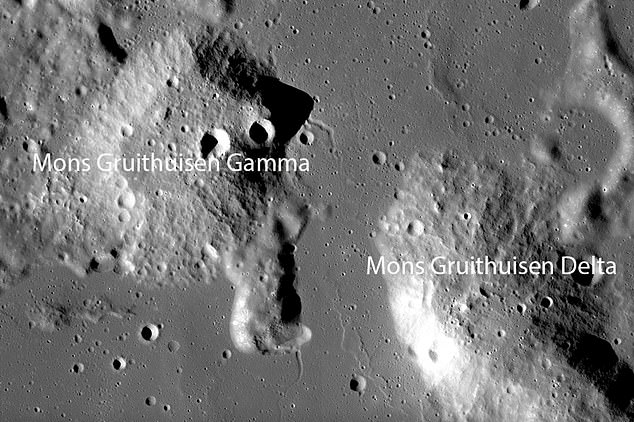 On Earth, formations like these need oceans of liquid water and plate tectonics to form, but without such ingredients on the moon, experts are unsure how the domes formed and evolved over time

WHAT ARE THE GRUITHUISEN DOMES AND WHEN WERE THEY DISCOVERED?

The Gruithuisen Domes are a geologic enigma.

NASA says that based on early telescopic and spacecraft observations, the domes are believed to have been formed by a magma rich in silica, similar in composition to granite.

Observations from the Lunar Reconnaissance Orbiter confirmed that the Gruithuisen Domes are distinct from the surrounding terrain, which is covered by ancient hardened basaltic lava flows.

These are runny and thin and flow sort of like motor oil – as opposed to silicic lavas, which are thick, and flow more like peanut butter, NASA said.

The mystery is how silicic magmas could form on the moon. On Earth, silicic volcanoes typically form in the presence of two ingredients — water and plate tectonics.

But these ingredients do not exist on the moon, leaving scientists baffled.

Over the course of ten Earth days (one lunar day), Lunar-VISE will explore the summit of one of the Gruithuisen Domes.

By analysing the lunar regolith at the top of one of these domes, the data collected and returned by Lunar-VISE’s instruments will help scientists answer fundamental questions regarding how these formations came to be.

The data also will help inform future robotic and human missions to the moon as part of the Artemis programme, which aims to land the first woman and next man on the moon later this decade.

‘We’ve got a lunar mystery on our hands! The Gruithuisen Domes are a geologic enigma,’ said NASA’s Caroline Capone.

‘Based on early telescopic and spacecraft observations, these domes have long been suspected to be formed by a magma rich in silica, similar in composition to granite.

‘The real mystery is how such silicic magmas could form on the moon.’

She added: ‘In order to truly understand these puzzling features, we need to visit the domes, explore them from the ground, and analyse rock samples.

‘Hopefully, in just a couple of years we will better understand this lunar mystery.’

Adding to the growing list of commercial deliveries slated to explore more of the moon than ever before under Artemis, NASA has also selected a second investigation: The Lunar Explorer Instrument for space biology Applications (LEIA) science suite is a small CubeSat-based device.

LEIA will provide biological research on the moon — which cannot be simulated or replicated with high fidelity on the Earth or International Space Station — by delivering the yeast Saccharomyces cerevisiae to the lunar surface and studying its response to radiation and lunar gravity.

‘The first will study geologic processes of early planetary bodies that are preserved on the moon, by investigating a rare form of lunar volcanism.

‘The second will study the effects of the moon’s low gravity and radiation environment on yeast, a model organism used to understand DNA damage response and repair.’

NASA’s original date for landing humans on the moon again was 2024, but last year it delayed the date, largely blamed on litigation from Amazon founder Jeff Bezos’ firm Blue Origin.

Also this year, NASA will be sending manikins to space as part of the Artemis I mission in August 2022.

Artemis I will pave the way for crewed flights – Artemis II, which will launch in May 2024 and fly by the moon without landing on it, and Artemis III, which will actually touch down on the lunar surface.

Many researchers believe the moon formed after Earth was hit by a planet the size of Mars billions of years ago.

This is called the giant impact hypothesis.

The theory suggests the moon is made up of debris left over following a collision between our planet and a body around 4.5 billion years ago.

The colliding body is sometimes called Theia, after the mythical Greek Titan who was the mother of Selene, the goddess of the moon.

Many researchers believe the moon formed after Earth was hit by a planet the size of Mars billions of years ago. This is called the giant impact hypothesis

But one mystery has persisted, revealed by rocks the Apollo astronauts brought back from the moon: Why are the moon and Earth so similar in their composition?

Several different theories have emerged over the years to explain the similar fingerprints of Earth and the moon.

Perhaps the impact created a huge cloud of debris that mixed thoroughly with the Earth and then later condensed to form the moon.

Or Theia could have, coincidentally, been chemically similar to young Earth.

A third possibility is that the moon formed from Earthen materials, rather than from Theia, although this would have been a very unusual type of impact.