Apple unveiled a flurry of new products, software features and services at its Worldwide Developer Conference, including an updated iPhone lock screen and a pay-later option that pushes the tech giant deeper into finance.

The new payment feature, called Apple Pay Later, is a highly anticipated addition to the Wallet app. Bloomberg previously reported that the service was coming, part of an expansion into the finance world that also includes bringing more of its infrastructure in-house. 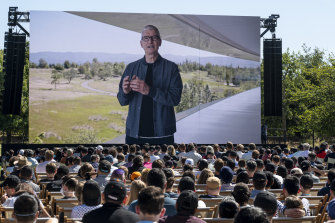 The presentation Monday, part of a weeklong event, previews key features for Apple’s developers, which now number 34 million, according to chief executive officer Tim Cook. The wide-ranging upgrades are meant to keep users loyal and use more Apple products together. One change to the Mac operating system, for instance, will let customers use their iPhone as a webcam with their computer.

Apple’s latest iPhone software, iOS 16, will include the new lock screen, letting users personalise the feature and view widgets — bits of software that handle simple tasks. A feature called Live Activities will make it easier to keep track of events or activities, such as an NBA game or an Uber ride, Senior Vice President Craig Federighi said at the event.

The peek at the software features comes a few months ahead of the launch of a new iPhone — Apple’s flagship product — which typically gets unveiled late in the year. That device accounted for more than half of the company’s revenue in the last fiscal year, generating almost $US192 billion ($267 billion).

On the hardware side, Apple unveiled two new Macs, including the biggest refresh of its Air model in more than a decade. The new computers will use the company’s homegrown M2 chip, which is developed after splitting from Intel.

The same M2 chip also is coming to a low-end 13-inch MacBook Pro, the company said Monday. The new Air model will start at $1,899 in Australia, while the Pro price begins at $1,999.

The new MacBook Pro looks identical to the previous version from 2020. The high-end MacBook Pros, meanwhile, were updated in 2021.

In a sign of continuing supply-chain challenges, the new machines won’t go on sale until July. The computers can’t be ordered yet and are listed as “currently unavailable” on Apple’s website. Due to Covid-19-related shutdowns in China, an Apple-contracted factory for building Macs was temporarily shuttered, delaying shipments. 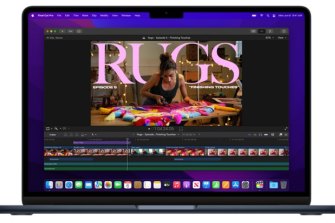 Apple’s new Macbook Air contains its M2 chip, a bigger screen and an upgraded camera. It will be priced from $1,899 in Australia.

The announcements also included an update that will let users edit messages they’ve already sent and unsend messages. And Apple’s CarPlay is getting an overhaul that will integrate more tightly with a vehicle’s instruments, such as the speedometer and other gauges.

The Apple Watch also is getting improvements, such as atrial fibrillation detection to help with heart health. And the device’s latest software — watchOS 9 — will better track sleep to indicate what stage users are experiencing at different times at night.

In addition, the watch will get more so-called complications — the pieces of information on the device’s face.

Monday’s announcement about Apple Pay Later hurt shares of Affirm Holdings, which offers a similar service. It lost 5.5 per cent. Apple’s own shares were little changed, adding 0.5 per cent.

Apple also said it plans to work with developers to create a “password-less future.” The company is updating its Safari browser to help with password management and moving toward Passkeys, which are cryptographic keys that can’t be phished and stay on the device themselves.

A new collaboration app called Freeform, meanwhile, puts Apple in closer competition with Zoom Video Communications. And the iPad is getting more multitasking features and a long-awaited weather app.

The operating system updates will be available to developers as part of a beta test on Monday, Cook said. And the public will be able to see them in a broader beta test next month.