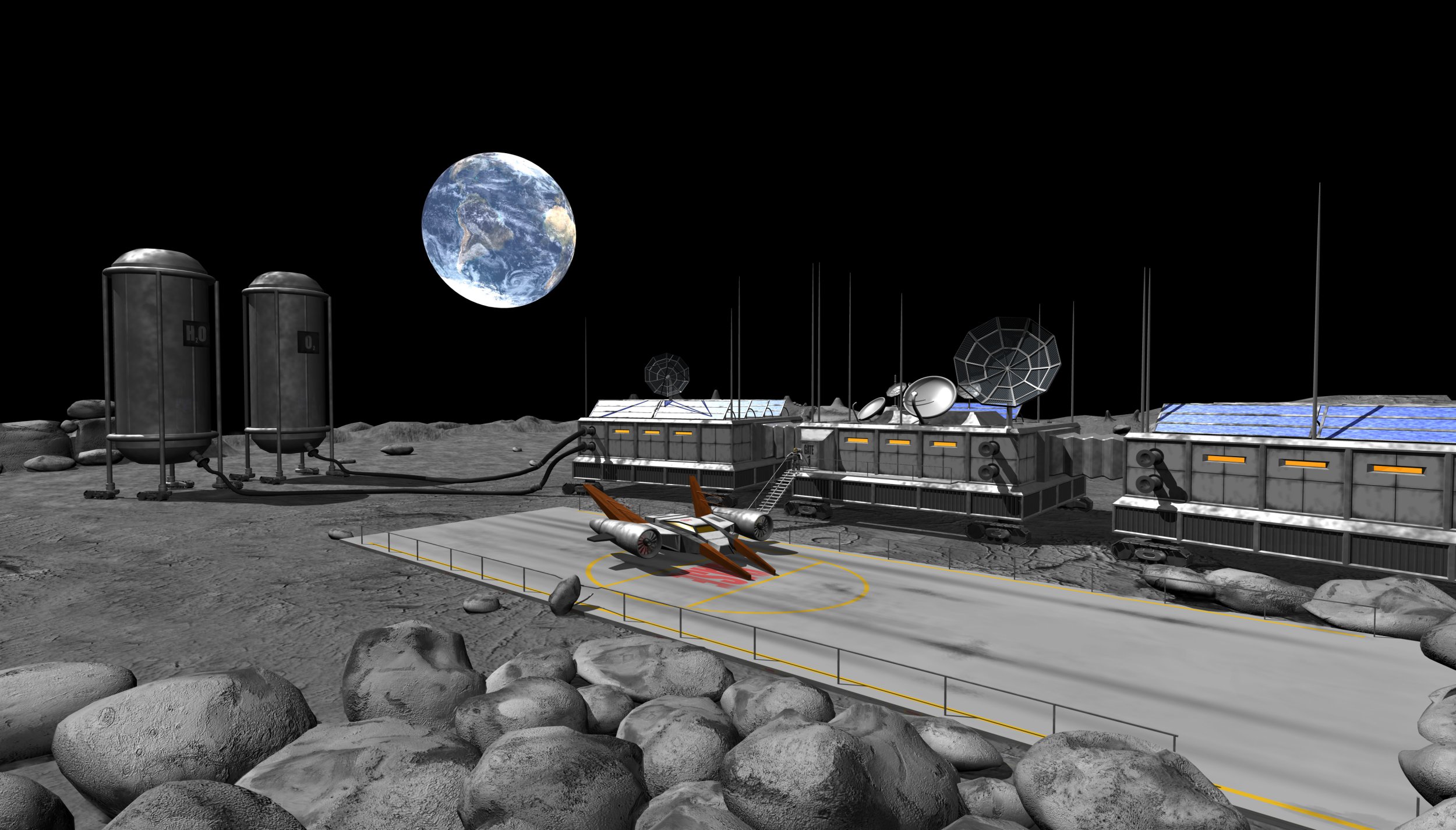 The moon could hold enough water under its surface to meet the needs of a moonbase and to use for rocket fuel, a new study reveals.

Scientists believe gases from ancient volcanic eruptions could have left ice hundreds of feet thick buried on the moon, most likely at its poles.

Researchers in the US believe two fifths of the water vapour spewed out of volcanoes erupting two to four billion years ago may have settled in craters where no sunlight can reach.

During that time, thousands of square miles of the moon’s surface was covered in huge rivers and lakes of lava which have created the dark blotches, or maria, which make Earth’s satellite so distinctive today.

Publishing their findings in The Planetary Science Journal, the scientists suggest these volcanoes may also have left stores of ice, particularly around the poles, that could be dozens or even hundreds of feet thick.

Andrew Wilcoski, graduate physicist from CU Boulder, said: ‘We envision it as a frost on the moon that built up over time.’

Co-author Paul Hayne, assistant professor in astrophysics at CU Boulder, said those stores would be a bounty for future explorers who will need water to drink and process into rocket fuel.

He added: ‘It’s possible that five or ten metres below the surface you have big sheets of ice.’

The new study adds to a growing body of evidence that the moon may hold more water than many scientists have previously believed.

In a 2020 study, Hayne and his colleagues estimated that nearly 6,000 square miles of the lunar surface may be capable of trapping and holding onto ice, mostly near the north and south poles.

However where that water came from is still unclear.

Hayne said: ‘There are a lot of potential sources at the moment.’

One is these ancient volcanoes, whose immense eruptions are thought to have spewed out enough carbon monoxide and water vapour to have created thin and short-lived atmospheres.

That atmosphere could have left ice on the surface, thought Hayne and Wilcoski, like frost forming on a cold winter night.

Totest their theory the duo, along with fellow astrophysicist Margaret Landis, used computer simulations to recreate conditions on the moon long before complex life arose on Earth.

They estimated that at the peak of its activity, the moon experienced an eruption once every 22,000 years.

The team also tracked how volcanic gases may have swirled around the moon, escaping into space over time, and discovered that conditions may have gotten icy.

They estimated that about 41% of the water from volcanoes may have condensed on the moon as ice.

Wilcoski said: ‘The atmospheres escaped over about 1,000 years, so there was plenty of time for ice to form.’

There would have been so much ice that anyone alive at the time would have spotted the sheen of frost and thick polar ice caps from Earth.

About 18 quadrillion pounds of volcanic could have condensed as ice in that period, the group calculated, which is more water than in Lake Michigan.

While the group’s research hints at the survival of much of that lunar water, it won’t be easy to find.

A lot of ice will be concentrated around the poles and may be buried under several feet of lunar dust, or regolith.

One more reason, Hayne said, for people or robots to go back and start digging.

He added: ‘We really need to drill down and look for it.’