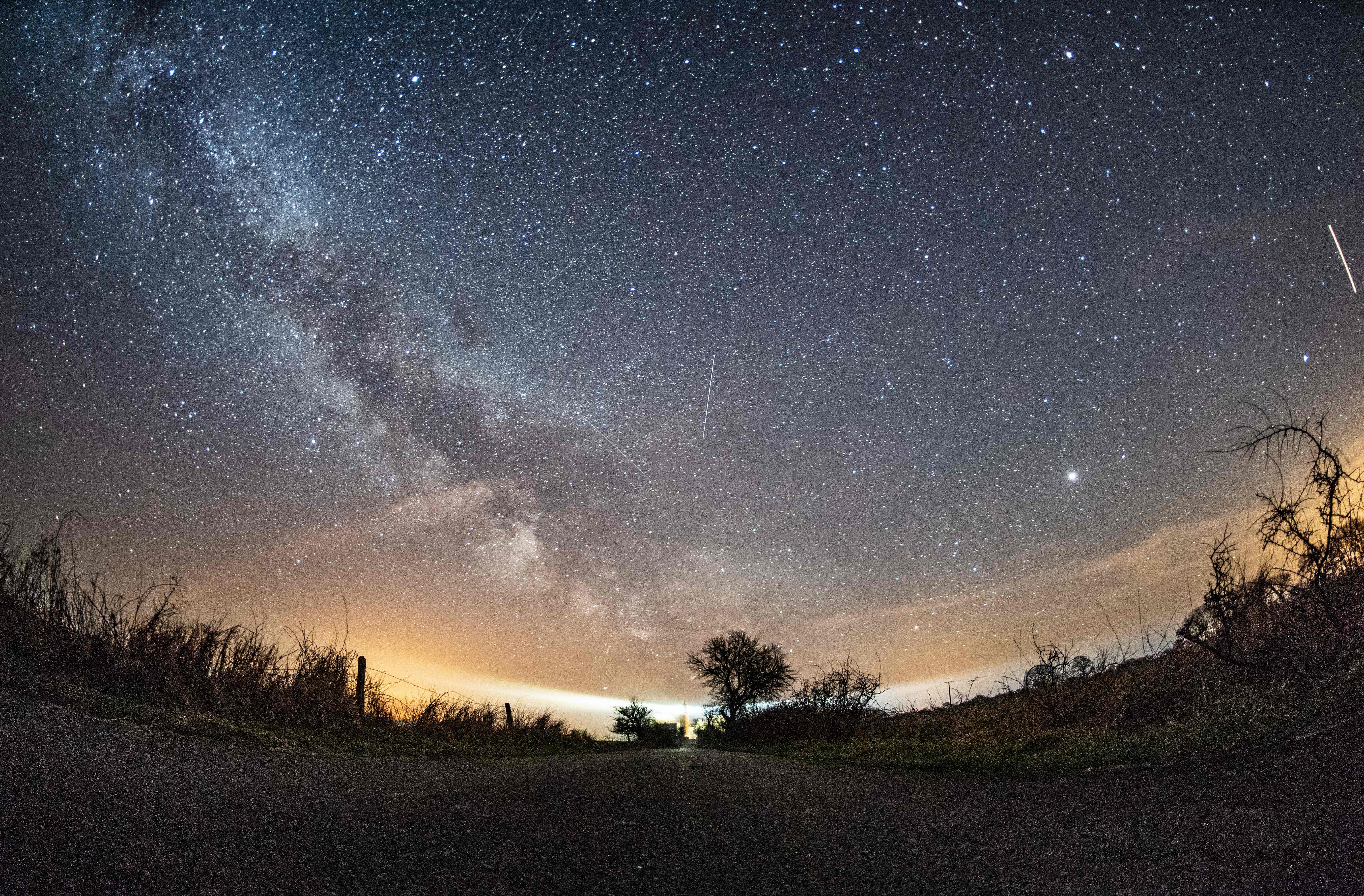 A brand new meteor shower will potentially light up the night skies above the UK with shooting stars this week.

It has been named the Tau Herculids and, if it comes to pass, will give astronomy enthusiasts a chance to witness history in the making.

The Tau Herculids depends on a comet called 73P/Schwassmann-Wachmann (or just SW3), which split into pieces back in 2006.

These pieces have now reached Earth and are set to ignite into blazing meteors as they enter our atmosphere.

They’ll be rocketing through the atmosphere at a speed of 10 miles per second (which is actually pretty slow for a meteor) before being vaporised by the heat.

Although it will be best viewed in North America, there is a chance that some of the Tau Herculids will be visible here in the UK.

Tau Herculids: When can I see the meteor shower?

According to calculations, the peak of this new meteor shower will occur tonight and tomorrow night – May 30 and May 31, 2022.

The very best time will be in the early hours of tomorrow morning, between midnight and daybreak.

Typically, you’ll need to be outside and looking up between 4.45am and 5.17am to catch the best chance.

If the meteor shower does come to pass, it could be a sight to behold: as many as 1,000 meteors per hour lighting up the skies.

That technically goes beyond just being a meteor shower and becomes a meteor storm.

Tau Herculids: the ‘all or nothing’ meteor shower

Sadly, there’s no guarantee the Tau Herculids will even happen.

That’s because it depends on what’s happened to SW3.

The comet was first identified in 1930 and was very faint. But in 1995, it grew hundreds of times brighter. Experts believed it was because it had fragmented.

This was confirmed in 2006, during it’s next nearest pass to Earth. Astronomers identified more than 70 pieces and found it was still fragmenting.

And it’s down to that continued disintegration as to whether or not we’ll get a show over the next couple of nights.

‘If the debris had slower ejection speeds, then nothing will make it to Earth and there will be no meteors from this comet.’

Tau Herculids: Where do I look to spot the meteors?

The point of origin in the sky of any meteor shower is called its radiant.

In this case, the radiant should be slightly to the west of the constellation Hercules.

To find Hercules, use a sky-scanning app or peer very closley to the South East, between the stars Vega and Arcturus.

Although finding the radiant is good, meteors can appear anywhere during the shower, so you’ll need to keep an eye on the entire sky.

It’s best to get out about half an hour early to let your eyes adjust to the darkness.

The good news is that there’ll be no moonlight tonight (as it’s a new Moon) so viewing conditions will be just right.

Now, let’s just hope that it actually comes to pass.