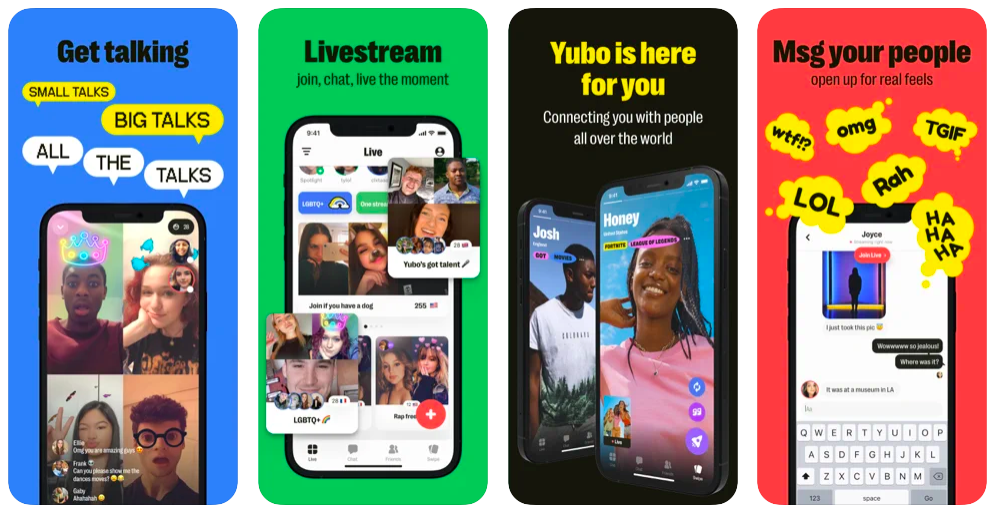 Yubo, a social live-streaming app aimed at Gen Z users, is implementing an age verification process to identify minors across its platform.

The age verification feature will work by analysing users’ faces to make sure they match the age they provide.

‘Many young people under 16 do not have any form of ID, which makes the standard identification processes difficult,’ said Marc-Antoine Durand, COO of Yubo.

‘With the ability to verify users’ age without ID, we can be inclusive of all our users and add another important layer to our extensive safety practices,’ he added.

Most social media companies typically rely on traditional verification methods like entering a birthdate, which can easily be bypassed.

Yubo’s age verifying process involves users taking a real-time photo of themselves within the app, which will be processed by an age estimation technology.

When a face has been detected, the user will receive confirmation that they’ve been verified or they’ll be told if their age doesn’t match the age they entered upon sign-up, or that they’re not using a legitimate picture.

If the user’s age is confirmed, they’ll be directed to the homepage and can use Yubo as before. If verification fails, they’ll need to go through a full ID check instead.

The technology for this was built by Yoti, a London-based identity verification platform, that has previously worked with Yubo to verify suspicious accounts.

After a user takes their photo, Yoti’s ‘passive liveness algorithm’ analyses it to confirm that the image being used is not fake.

Yubo is using this technology in an effort to protect its young users by ensuring the ‘separation of minors and adults on the app’.

The company said that the age verification feature has launched in beta for users ages 13 and 14 with the goal of age-verifying 100% of all users on the platform by the end of 2022.

Users who do not have the correct age on their profiles will be asked to verify their identity through additional processes before accessing the app.

Yoti claims that its technology is able to correctly verify that a user is above or below an age threshold with 98.9% accuracy, working fairly across all ages, genders, and skin tones.

‘As a trusted identity platform, the Yoti age estimation system can effectively estimate the ages of 6 to 12-year-old users within 1.3 years and those between 13 and 19 within 1.5 years,’ said the company in a statement.

Yubo has reportedly seen 60 million sign-ups and 99% of them are Gen Z users, ages 13 to 25, making the need for child safety on the platform all the more important.

Yubo already has real-time AI and human moderation for live streaming on its platform, educating users on safe and responsible behaviours online, and working closely with leading safety experts.

‘Advanced AI filters monitor each live stream by taking screenshots second-by-second and flagging inappropriate content to human moderators in real-time 24/7 on the app,’ said the company.

Users can also block specific words and phrases on the app that they find upsetting by using the ‘Muted Words’ feature.

Safety concerns on social media platforms have been spotlighted since a gunman opened fire in a New York supermarket and live streamed the incident on streaming platform Twitch this month.