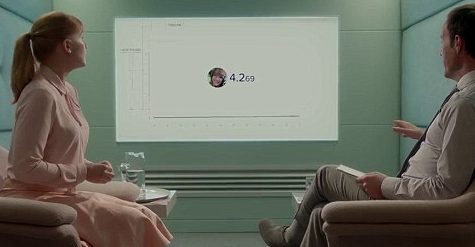 Coinbase, the cryptocurrency company, is reportedly asking employees to rate each other after interactions.

The Black Mirror-esque move is being enforced using an app the company is testing that collects employees’ evaluations of their colleagues, including their managers, after meetings and other interactions.

The app, called Dot Collector, has been used by Coinbase’s HR and IT teams since the first quarter of this year, according to The Information.

Employees can use the app to rate their coworkers on 10 core values, such as communication and even positive energy.

So depending on how pleased you are after an interaction with a co-worker, you can give them a thumbs up, thumbs down or neutral review.

Coinbase staff can reportedly only see the ratings they receive.

The system of rating employees was first introduced by Ray Dalio, founder of Bridgewater Associates, the world’s largest hedge fund.

All of Dalio’s employees at the firm had company-issued iPads with an app called Dots where they rated each other in real-time on more than 100 attributes on a scale of 1 to 10.

Dalio explained the concept of ‘radical transparency’, that encourages blunt honesty with employees rating each other, in a 2017 TED Talk.

‘My objective has been to have meaningful work and meaningful relationships with the people I work with, and I’ve learned that I couldn’t have that unless I had that radical transparency and that algorithmic decision-making,’ Dalio said at the time.

Coinbase is notorious for banning salary negotiations and political speech among employees in recent years and this new practice of employees rating each other has raised eyebrows internally.