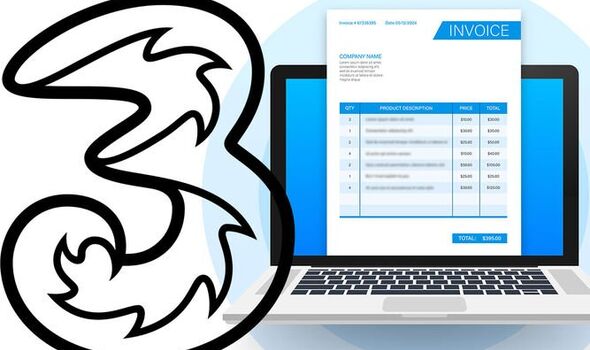 Three Mobile is making a dramatic change tomorrow and it could see some users facing much bigger bills when they head on their summer holidays. The UK network announced last year that it was bringing back the dreaded EU roaming fees and that day has now finally arrived.

Three is giving away three months of free access to its 5G broadband. Three’s home broadband usually costs £20 a month, with this deal offering customers a saving of £60 in total

From Monday, May 23, some users will be hit by a £2 per day charge for using their minutes, texts and data when in Europe. Until now this was totally free but that’s all changing. The shock new fees could see a family of four facing a bill of over £100 when returning from a two-week holiday to places such as France, Italy and Spain.

Three says it wasn’t an easy decision to make but the firm had to introduce the changes to keep pace in the current climate. Most other networks including Sky, EE and Vodafone have already brought back EU roaming with Three one of the last to introduce the controversial fees.

So how do you know if you’re about to be charged extra when heading away?

The updated rules will affect anyone who took out a new deal or upgraded their current contract after October 1 2021. If you think that’s you, it’s worth checking your deal as you may find you are now affected by the change.

What about other parts of the word?

Anyone heading further afield could find they face a £5 per day fee for using their devices.

That could mean a family getting a £280 bill for a two-week break in Florida.

Explaining more about the update, a Three spokesperson said: “Any customers who take out a new contract or upgrade with Three from 1 October 2021 will pay a charge of £2 per day when roaming within the EU applicable from May 23, 2022. PAYG customers and customers who have taken out a contract before 1 October 2021 are unaffected by these changes.

“The new charge ensures that customers are clear on what they will pay when using their phone in another country and only those who roam will pay for the service. It will also ensure that we can continue investing in our UK network.”

To help keep users keep tabs on their spending, Three says it will allow caps to be added to accounts with a text message sent if a customer is getting close to their limit.

Three says this should help avoid bill shock when returning from a summer break.