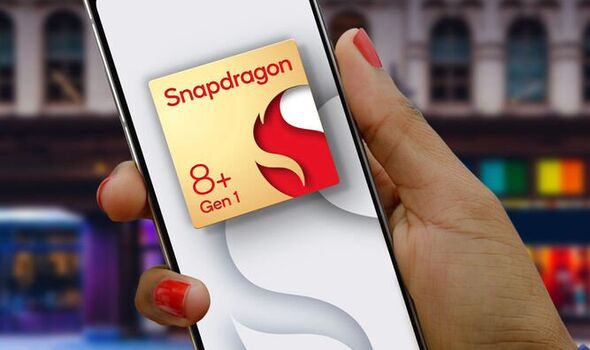 If you’ve been thinking of treating yourself to a shiny new flagship phone you might want to wait. US chip maker Qualcomm has just announced that it will soon be releasing a faster and more efficient processor in the coming months and it looks set to make devices launched later in the year even more powerful.

However, soon there will be a big upgrade to this processor with the tech giant confirming that it’s upgrading things even further with the release of the Snapdragon 8+ Gen 1.

Once tucked inside new devices, this processor will offer around 10 percent more power than before – considering the firm’s current brain is already blisteringly quick that sounds pretty impressive and it’s not just about speed.

There’s also improved efficiency meaning users will be able to game and watch movies for longer without needing to go near a plug. In fact, Qualcomm is promising that its new chip looks set to offers a 30 percent power reduction to help deliver a better experience.

One final bonus of having this brain under the hood are improvements to the camera with the Snapdragon 8+ Gen 1 able to offer 8K HDR video recording to take smartphone videography up a notch. It’s capable of capturing in the premium HDR10+ format that’s loaded with over a billion shades of color.

Along with the launch of that premium processor, Qualcomm has also announced a new chip for the mid-range market called the Snapdragon 7 Gen 1. This brain delivers over 20 percent faster graphics with Qualcomm promising a much-improved experience for anyone who loves gaming on their phone.

“In the mobile segment, our primary focus is to deliver new, groundbreaking features and technologies to the industry, and for our customers’ flagship devices. We implement these features first in our Snapdragon 8-series and then waterfall them down our mobile roadmap,” said Christopher Patrick, senior vice president and general manager, mobile handsets, Qualcomm Technologies, Inc.

“The new Snapdragon 8+and 7 Gen 1both deliver breakthrough user experiences in their respective tiers.”

Although we don’t know exactly which new phones will get the upgraded processors it’s been confirmed that Snapdragon 8+ Gen 1 will be adopted by leading global brands.