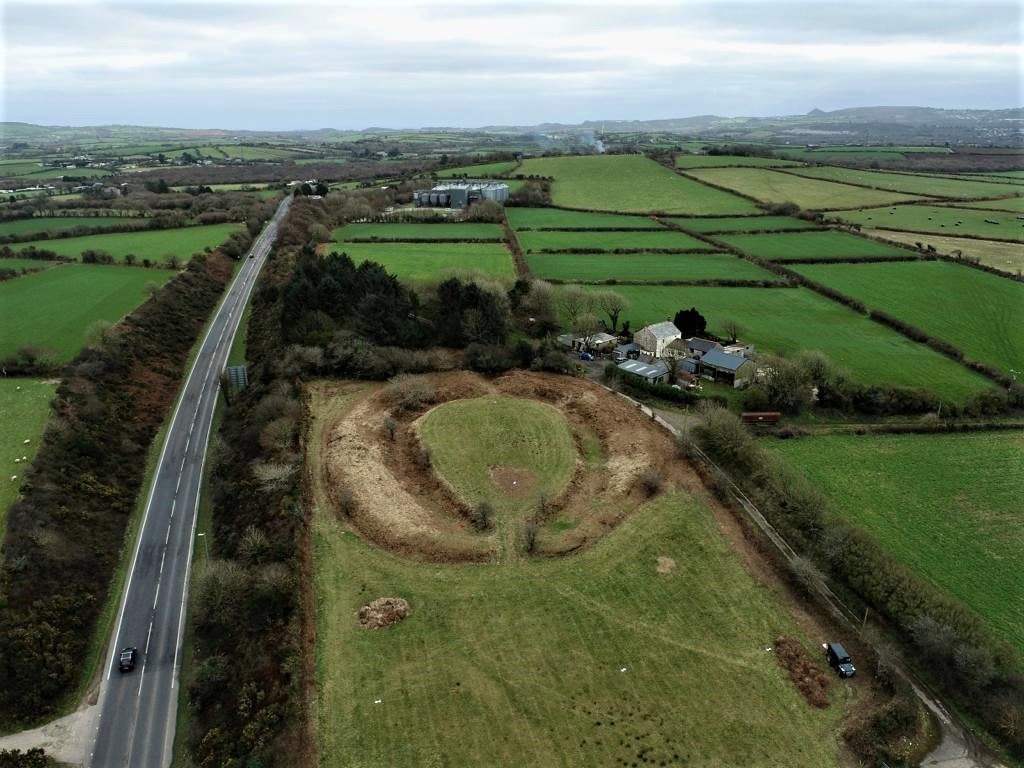 Archaeologists have uncovered a rare stone circle at a prehistoric ritual site in Cornwall.

A team of volunteers cleared bracken and scrub around Castilly Henge, near Bodmin, so archaeologists could map the stone circle using modern surveying techniques.

The seven regularly spaced pits were found to be arranged in a crooked horseshoe formation.

A ‘henge’ refers to a circular or oval-shaped bank with a ditch around the inner edge, constructed during the Neolithic period between 3,000 and 2,500 BC.

Not all henges contain a stone circle, and there is only one other in Cornwall —Stripple Stones on the slopes of Hawk’s Tor on Bodmin Moor.

The researchers believe the pits at Castilly may once have formed a complete ring, but ground conditions at the time of the survey left them unable to gather clear data on the northern part of the henge interior.

They found some stones had been removed and taken elsewhere, while some of the others have probably been pushed face down into the pits in which they once stood upright.

The archaeologists believe the henge sites were used for gatherings and rituals in prehistoric times, but think Castilly Henge was used for more earthly purposes in more recent times.

Some of the evidence suggests it was used as a theatre in the Middle Ages, and somewhere to keep guns during the English Civil War.

Over the winter, volunteers led by the Cornwall Archaeology Unit (CAU) cleared the site of vegetation that was threatening features of the site hidden below ground.

‘The project has also re-fenced the field and the farmer is happy to start grazing again, improving the long-term management of this amazing archaeological site,’ said Peter Dudley, a senior archaeologist at CAU.

Ann Preston-Jones, a project officer for at-risk heritage sites with Historic England, said: ‘The research at Castilly Henge has given us a deeper understanding of the complexity of this site and its importance to Cornish history over thousands of years.

‘It will help us make decisions about the way the monument is managed and presented, so that it can be enjoyed by generations to come.’

The research at Castilly Henge began in 2021 when it was included in a monument management scheme by Historic England, which aims to conserve and repair at-risk monuments.