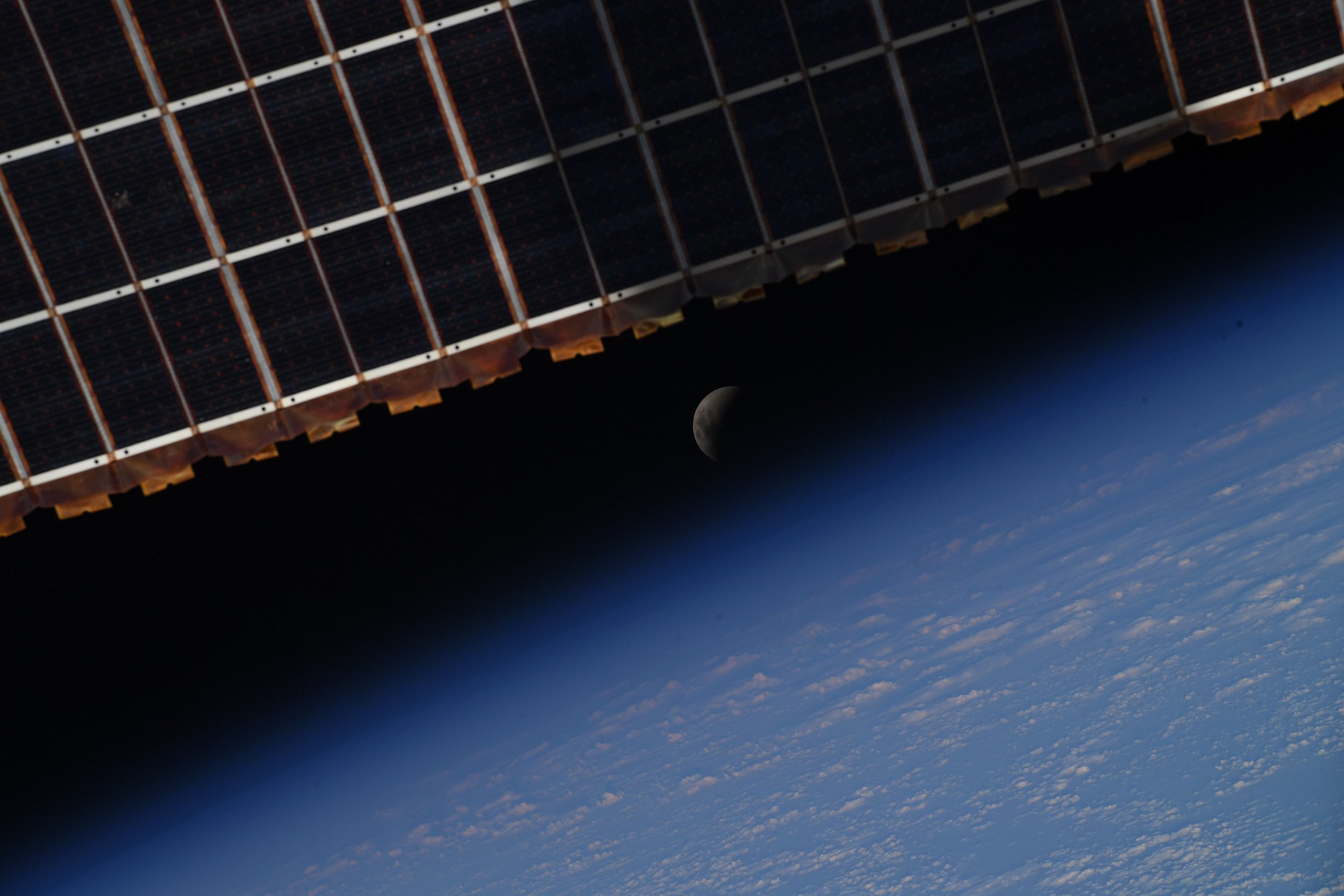 The best seats in the house to catch the weekend’s eclipse might have been from outer space.

While skywatchers in the UK were robbed of a chance to witness the lunar eclipse yesterday due to bad weather, an astronaut aboard the International Space Station (ISS) managed to get some great pictures of it.

Samantha Cristoforetti, an Italian astronaut who is a recent addition on board the ISS. tweeted several photos of a partially eclipsed moon, as seen from the space station about 400km above the Earth.

‘A partially eclipsed moon playing hide-and-seek with our solar panel,’ Cristoforetti wrote in a tweet.

She arrived at the space station for a six-month stay on April 26 as an European Space Agency (ESA) astronaut, accompanied by Nasa astronauts Kjell Lindgren, Bob Hines, and Jessica Watkins on the SpaceX Crew-4.

The full lunar eclipse resulted in the moon looking a deep coppery red as it drifted into the shadow of the Earth.

As the Earth’s atmosphere distorted light from the sun, the moon was bathed in an eerie red hue.

While the Americas got the best view of the eclipse, skywatchers in parts of Africa and Europe were also able to catch a glimpse of the lunar event.

The next total lunar eclipse this year is scheduled to occur on November 8 and will be visible in parts of the US and Asia.

If you don’t catch that then the wait for the next one in May 2025 is going to be a long one.