From a pink heart to a jellyfish: New emoji being considered for the next release are REVEALED – as Unicode says any new flags are off the table

Whether it’s a friendly smiling face or a cheeky aubergine, emoji now form a daily part of many people’s day-to-day messages.

Now, Unicode, the group responsible for approving new emoji, has revealed the characters being considered for the next release.

From a pink heart to a jellyfish, several new characters are already under consideration for Emoji 15.0 or beyond.

And while submissions are still open for new characters for the next release, there is one particular type of emoji that will not be considered – flags. 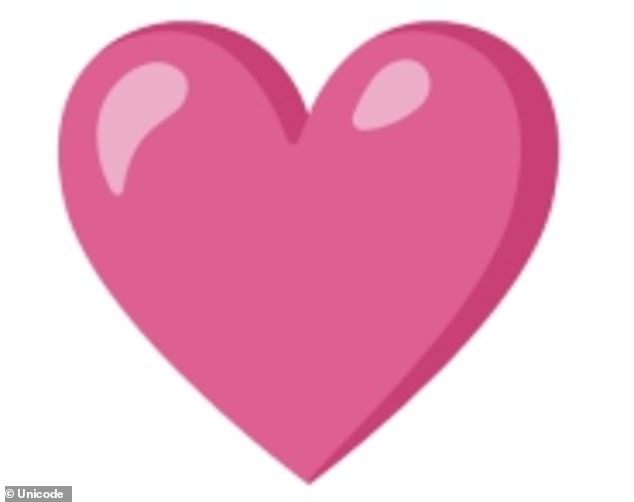 From a pink heart to a jellyfish, several new characters are already under consideration for Emoji 15.0 or beyond 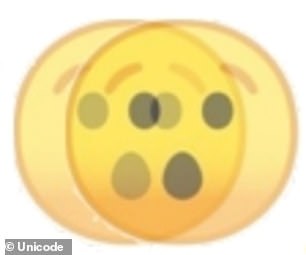 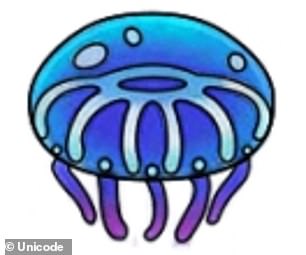 Unicode, the group responsible for approving new emoji, has revealed the new emoji being considered for the next release

New emoji that could be coming soon

Unicode shared a list of 21 new emoji it is considering for the next release.

There are already several other versions of pink hearts including a growing pink heart, two-hearts, heart with arrow, heart with ribbon and beating heart.

However, users have been desperately calling for the addition of a single light pink heart.

Taking to Twitter in the last week alone, one user wrote: ‘If we ever get the simple Pink Heart Emoji, I’ll never stop using it.’

Another added: ‘WHY is there not a plain pink heart emoji, honestly i wouldn’t use anything else if we had that option.’

And one joked: ‘Another day of asking for a plain pink heart emoji cause the ones we have are ugly.’

The list of potential emoji also includes a khanda – the symbol of the Sikh faith – and the wireless symbol.

However, the list does not include any new flag emoji.

Last year, Unicode made the decision to stop accepting submissions for flag emoji.

In a blog explaining the decision, Jennifer Daniel, Unicode Emoji Subcommittee Chair, wrote: ‘Flag emoji have always been subject to special criteria due to their open-ended nature, infrequent use, and burden on implementations.

‘Today nine out of ten are in the top twenty most frequently shared flags. (The only outlier is Russia.)

‘The addition of other flags and thousands of valid sequences into the Unicode Standard has not resulted in wider adoption.

‘They don’t stand still, are constantly evolving, and due to the open-ended nature of flags, the addition of one creates exclusivity at the expense of others.’

The emoji are expected to be approved in late 2022, before arriving on most platforms in 2023.

There are already several other versions of pink hearts including a growing pink heart, two-hearts, heart with arrow, heart with ribbon and beating heart. However, users have been desperately calling for the addition of a single light pink heart

If your dream emoji isn’t on the list, don’t worry – Unicode is now accepting applications for the next batch of emoji, likely to be approved next year.

To be considered, the candidate emoji must have multiple uses, use in sequences, break new ground, be distinctive, be compatible and be frequently used, according to Unicode.

‘Any emoji additions have to take into consideration usage frequency, trade-offs with other choices, font file size, and the burden on developers (and users!) to make it easier to send and receive emoji,’ it explained in a blog.

You can apply here – applications will close on July 31.

ARE EMOJIS RUINING THE ENGLISH LANGUAGE?

Emojis may be a fun form of communication but they are destroying the English language, a recent study by Google has revealed.

Smiley faces, love hearts, thumbs up and other cartoon icons – rather than words – are the preferred method of communication by teenagers, who are considered the worst offenders regarding the decline in grammar and punctuation.

More than a third of British adults believe emojis are the reason for the deterioration in proper language usage, according to the study commissioned by the Google-owned site YouTube.

Emojis were first used by Japanese mobile phone companies in the late 1990s to express an emotion, concept or message in a simple, graphic way. Now, Twitter feeds, text messages and Facebook posts are crammed with them

Of the two thousand adults, aged 16 to 65, who were asked their views, 94 per cent reckoned English was in a state of decline, with 80 per cent citing youngsters as the worst offenders.

The most common errors made by Brits are spelling mistakes (21 per cent), followed closely by apostrophe placement (16 per cent) and the misuse of a comma (16 per cent).

More than half of British adults are not confident with their command of spelling and grammar, the study also found.

Furthermore, around three-quarters of adults rely on emoji to communicate, in addition to a dependence on predictive text and spell checking.

The use of emojis has seeped into our culture to such an extent that the Oxford Dictionary’s ‘Word of the Year’ in 2015 wasn’t actually a word at all – it was the Face With Tears emoji, which shows just how influential the little graphic images have become.

They were first used by Japanese mobile phone companies in the late 1990s to express an emotion, concept or message in a simple, graphic way.