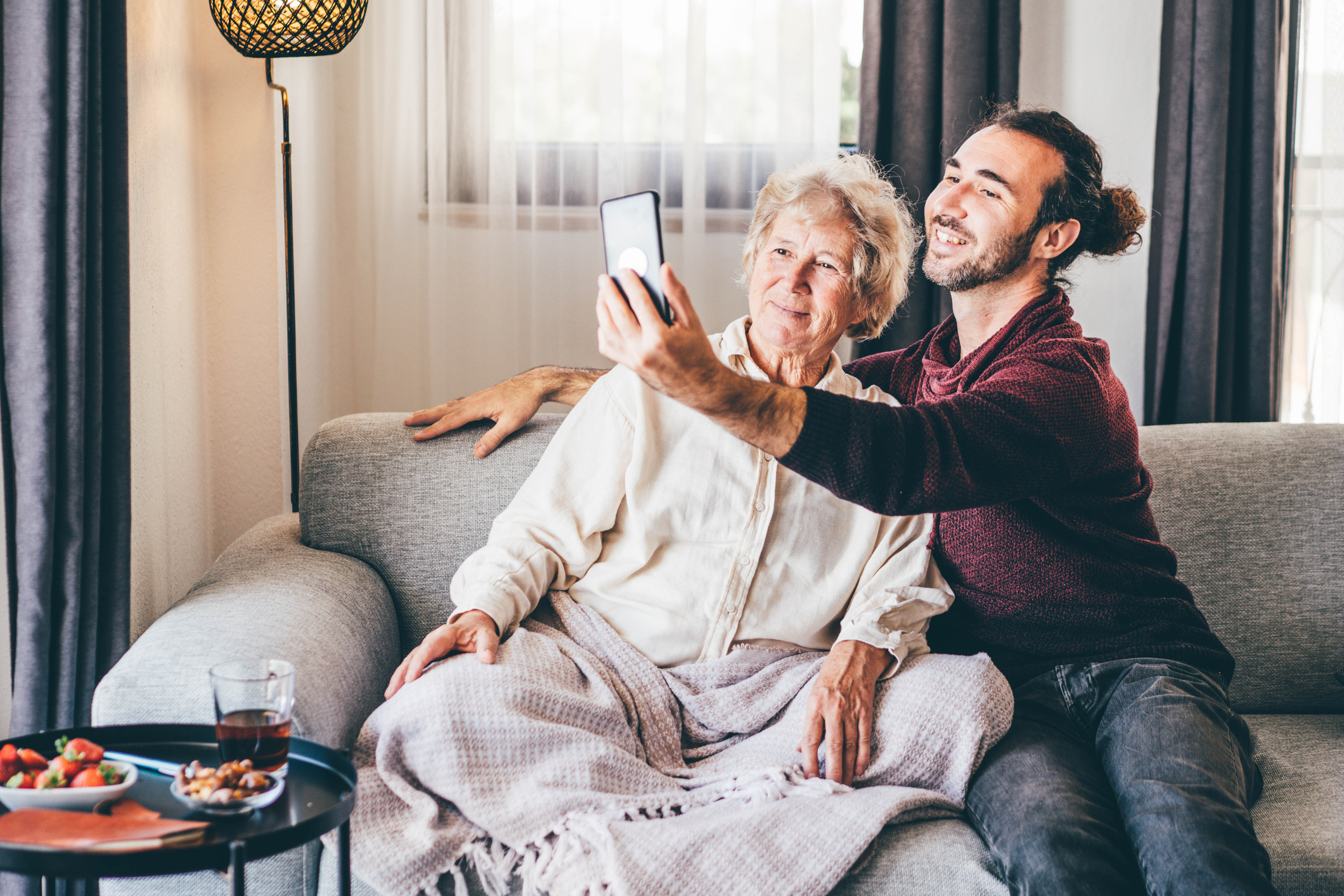 TikTok videos starring grandparents get more views than other content, according to new research.

A staggering 70 per cent of users aged 16 to 24 said clips featuring their grandmother or grandfather receive higher levels of engagement compared with their usual posts.

And over half of Gen Z (54 per cent) say they enjoy watching social media content featuring grandmas and grandpas.

The research, by connectivity provider Talk Talk, found a quarter (24 per cent) of grandparents want to learn how to use TikTok to bond with their grandchildren.

The video social media app has exploded in popularity in recent years and now boasts close to nine million active users in the UK.

The majority of those are aged 16 to 24, with 46 per cent of Gen Z saying the short-form video platform is their favourite social media app.

This has sparked the interest of grandparents, who are keen to become more social media savvy.

Currently, only seven per cent of UK grandparents are active on the platform, even though 35 per cent feel that being on social media helps them relate to younger family members.

Understanding the terminology (33 per cent), posting content (32 per cent), account set up (24 per cent) and accessing the app (15 per cent) were cited as the biggest barriers to them getting involved.

TalkTalk commissioned the research to mark the launch of its 4K TV Box.

It is the first internet service provider in Europe to launch the TikTok app on its in-platform TV service, meaning families can enjoy the latest dance crazes, life hacks and trending videos.

Lindsey China, Head of TV Partnerships at TalkTalk, said: ‘Over the past two years, we’ve seen internet usage among over 65s increase by 69 per cent, demonstrating the appetite for a more digital lifestyle.

‘We hope the launch of our new 4K TV Box will help new and existing customers, young and old, access the internet and stay connected with family and friends.’