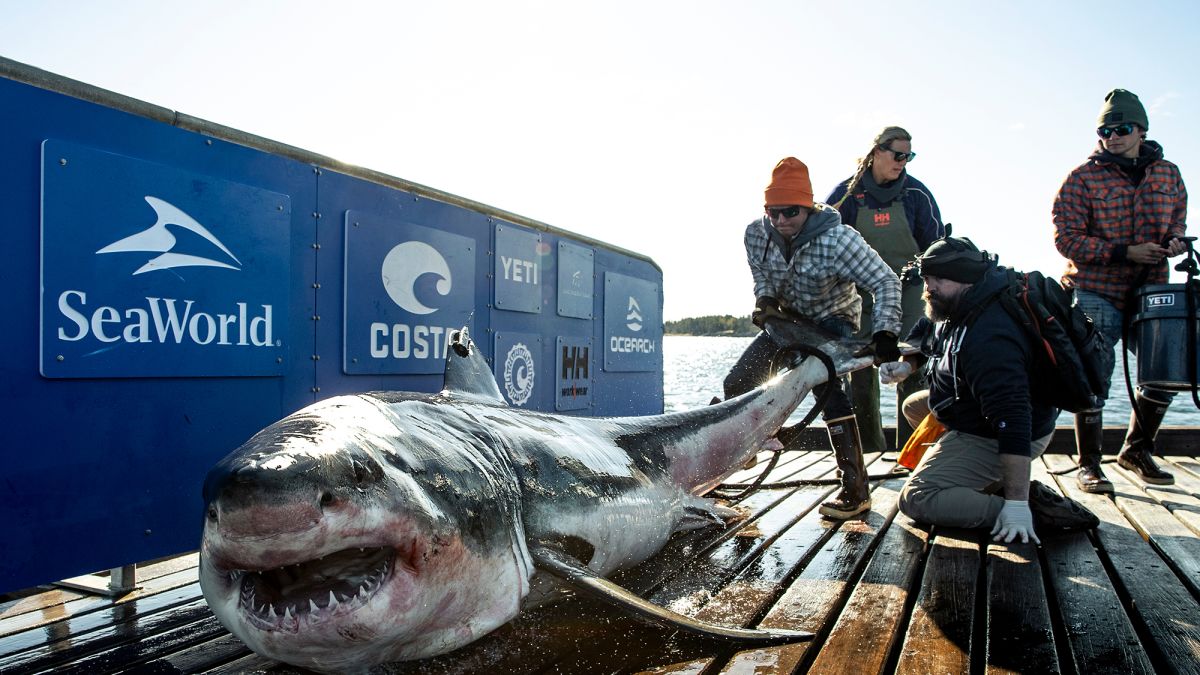 A gigantic great white shark, weighing half a tonne, has been spotted swimming up the eastern coast of the US.

The shark has been identified off the coast of New Jersey, close to the site of shark attacks that inspired the movie Jaws.

And this particular predator is well-known to marine biologists.

His name is Ironbound, and he was first caught and tagged back in 2019 in the waters around Nova Scotia in Canada.

In fact, his name comes from the West Ironbound Island near Lunenburg, where he was spotted.

Since then, experts reckon he’s travelled over 13,000 miles.

Researchers at OCEARCH, a non-profit marine organisation, have been studying Ironbound and are responsible for fitting him with a tracking device.

‘When we tagged him — he was impressive,’ Bob Hueter, the organisation’s chief scientist told CNN.

Measuring in at 12-feet long, the great white had previously been recorded far out in the Atlantic Ocean, before the device pinged his location close to the US coast in late April.

‘He’s gone back and forth from where we found him in Nova Scotia and the Florida Keys several times,’ said Hueter.

Although undeniably massive, Ironbound is actually about average size for a fully-grown great white.

The world’s largest predatory fish – and most famous of the sharks – can actually grow up to about 20-feet long and weigh over 5,000 pounds. Roughly the same as a small hatchback.

Despite their fearsome appearance, sharks are crucial to the health of the oceans.

Populations are shrinking due to combination of the international fishing industry and climate change.

The sharks that are left are increasingly coming into contact with larger human populations as warming oceans alter their distribution and movement.