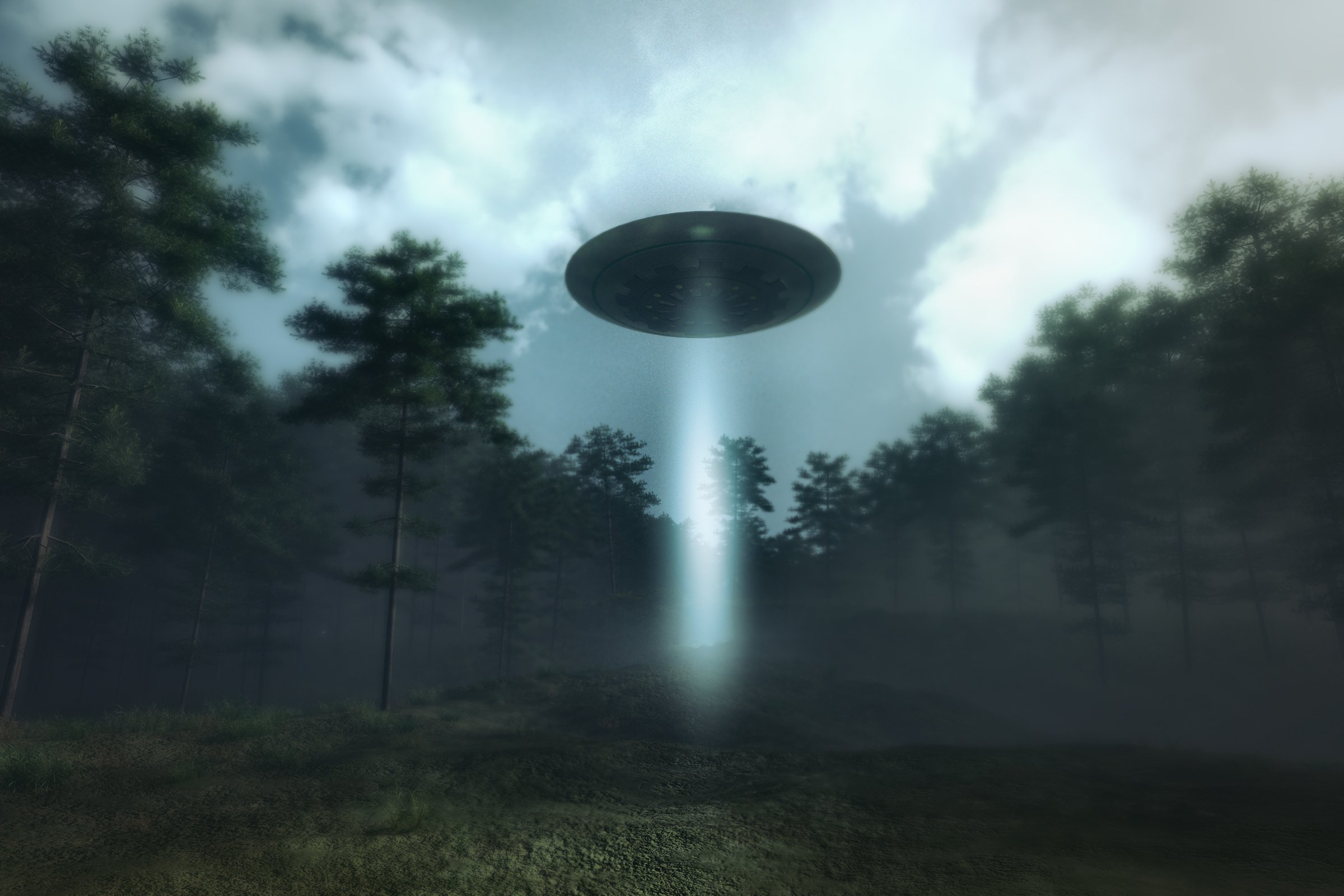 A high-resolution image allegedly showing a UFO has been released more than 50 years after it was taken.

The original photo was taken in 1971 by a mapmaker named Sergio Loaiza who was flying over Costa Rica photographing the rainforest below for a hydroelectric project.

Loaiza took the image as he flew over Lake Cote, capturing the rainforest in 20-second intervals for The National Geographic Institute of Costa Rica.

The picture – taken from 10,000 feet – appears to show a metallic disc flying lower over the land.

The unidentified object was only spotted a decade later in the 80s when the negatives were studied for potential ways to connect Lake Cote with the nearby Arenal Lagoon.

Out of all the pictures, only a single frame, time-stamped at 8.25 am, contains the metal disc in it. Over the years, the object’s size has been estimated to be between 120-220 feet in diameter.

The image has been referred to as ‘the best’ photo of a UFO ever taken – according to New York Times reporter Leslie Kean.

‘There was this disc object and you clearly see the sun reflecting off this round object that’s got a little dot on the top and what’s important about it is that it was a government photo,’ she said.

‘Although I was not around during this incident, pilot reports of smooth, shiny, lenticular craft are not new,’ said Luis Elizondo, former director of AATIP, a secret investigatory effort funded by the United States Government to study unidentified flying objects.

‘In fact, even to this day, pilots, both civilian and military, along with their air crew, continue to witness these types of craft and oftentimes displaying performance capabilities well beyond state of the art,’ he added.

The image which has been analysed by various UFO researchers hasn’t been successfully debunked yet, giving enthusiasts hope of alien life.

Researchers have concluded that the object in the photograph appeared real and was not the result of double exposure or a deliberate fabrication.

And now, half a century later, we’ve got an even better look at it.

The UFO in HD

Recently, UAPMedia UK acquired a ‘drum scan’ copy of the photograph from Esteban Carranza, a citizen of Costa Rica.

The image, an 8×10 negative, is reportedly a ‘contact’ copy of Loaiza’s original negative that resides in the National Archives of Costa Rica.

A drum scanner is essentially a precision digital camera, used to scan reflective and transparent materials at an extremely high resolution.

It captures the image with analogue light, producing the most detail possible in each colour channel and then converts it to a digital file.

And therefore, we have a fresh look at a 51-year-old photo.

Unfortunately, it still can’t tell us whether or not the shiny silver disc is evidence of extraterrestrial visitors.