Video games have changed immensely over their 50 years or so as commercial products, but if you take a look through any digital store you’d be forgiven for thinking they’d peaked 30 years ago. Nostalgia for the 90s is everywhere, from brand new pixelated adventures with synthy sound to modern incarnations of pre-2000s genres and franchises.

However, you might be surprised to hear that, amid all the love for 90s vibes, some of the people who actually made those beloved games aren’t that keen to revel in nostalgia. 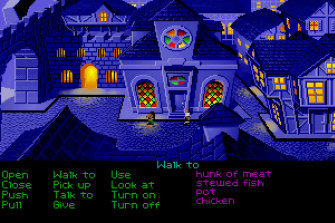 Monkey Island’s main street, as seen in the DOS version of the original game.

Publisher Devolver Digital announced last month that it was helping bring a new entry in the fabled Monkey Island series to life, which would seem to fit perfectly alongside other throwback fare on digital shelves. However adventure game legend Ron Gilbert, who is returning to direct it, said a conscious decision had been made to differentiate Return to Monkey Island from those legions of 90s pretenders.

“Players often want ‘more of the same, but better’, and those two ideas don’t go together. The games we made back then always changed and took advantage of new players, ideas, and tech. There is no reason to stop that now.” 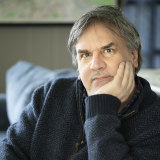 For a long time, it seemed as though Monkey Island would never come back, with only dozens of 90s-inspired point-and-click adventure games filling modern digital marketplaces left as its legacy. The franchise became the property of Disney when the media giant bought Lucasfilm in 2012, and Gilbert said that even when the prospect of making a new game was brought to him, he was apprehensive that he’d be able to take it in the direction he wanted. But with the help of Devolver Digital and after months of talks with Disney, he was satisfied.

The new game, due out this year, takes place immediately after 1991’s LeChuck’s Revenge, but is designed to appeal to both dedicated fans and new audiences, imbuing the original quirky pirate story with its writers’ extra 30 years of thoughts and experience.

“Back in the 90s we were just making a game and hopeful they would let us make another. With this new game, we have to acknowledge where it is now, what it means to people and how the myth has grown,” Gilbert said.

“We have a few interesting and fun ways in the game to get new players caught up on the world of [protagonist] Guybrush Threepwood. We don’t want anyone to feel lost. This [also] goes for people that have played Monkey Island, but not in 20 years.” 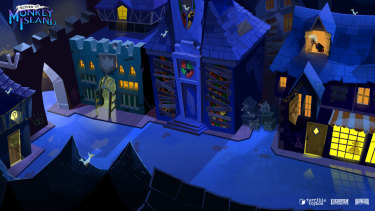 Return to Monkey Island’s High Street may now be rendered in a new art style and the teensy pixels of the 4K era, but it’s kept its distinct colour palette.

Sid Meier — another giant of American game design who is known for Civilization and other simulation titles — today still works at Firaxis, a studio he co-founded in 1996 which was subsequently aquired by 2K. The studio makes modern descendants of the kind of strategy games Meier helped establish in the early 90s, including X-COM and this year’s upcoming Marvel’s Midnight Suns, as well as continuing the Civ series. But while Meier agrees with Gilbert that times have to change, he feels like something’s been left behind as technology’s progressed.

“These days we have the ability to literally represent a lot more of the things that, in the past, we had to count on your imagination to provide. We can show things more realistically now, but in a way that we’ve kind of lost the buy-in of your imagination,” he said.

The original Civilization used real historical figures and elements, he said, in part because players could fill in the blanks with knowledge they already had. When they met Ghandi, who was represented as a simple pixelated portrait with blinking eyes, they could imbue him with their own take on who Ghandi was. These days, he’s fully animated and characterised, so a lot of that context comes from the developers rather than the player’s mind.

Making a popular game with a similar feeling to the original Civilization today would be extremely difficult, Meier said, and not simply a matter of using an art style from 30 years ago. But it’s not impossible. 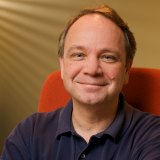 “I think Minecraft is a good example of a game that has become very successful, not because of the high resolution super graphics, but because of gameplay, and imagination, and design.”

Dave Grossman, who is returning alongside Gilbert as a writer on Return to Monkey Island, said his approach to following-up a 90s adventure with a modern game was to figure out what to keep, but to say something new about it and re-think anything that’s frustrating or had been improved upon.

“It’s important to fit with the tone, character, and humour of the earlier games, but we’ve learned a lot about adventure games in the past few decades. It would be a shame to leave all that experience sitting on the curb,” he said.

“The Monkey Island games have always had an autobiographical element to them; we fill them full of our own thoughts and opinions and personal challenges and the news of the day, all translated into pirate, of course. And that’s a big part of what makes it interesting for me, coming back to ideas after time has passed and finding out what’s different about them now.”

As for the idea of throwback games or the modern revival of a 90s game aesthetic, Grossman said he’d leave that to the youngsters.

“There is always a desire to return to some rosy or exciting past, and we rarely find it right where we left it. It’s always shifting and changing, never quite what we thought we remembered. Or what we imagined,” he said.

“It’s always seemed to me that nostalgia for an era is stronger in those who didn’t live through it the first time. Maybe it’s that much more pleasant without the distasteful taint of reality on it.”

Sid Meier has a more upbeat take on young gamers’ love of the classics.

“What we’ve seen, which has actually been very gratifying, is parents passing along their enjoyment of [our games] to their kids. There’s a whole new generation of players being trained and groomed right now for the next Civ,” he said.