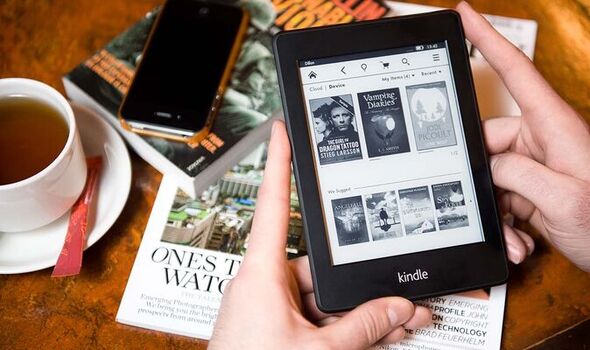 Amazon Kindle owners can right now access a library of over a million eBooks entirely for free. The online retail giant throughout the year offers 30 day free trials for a range of popular services such as Amazon Prime, Music Unlimited and Kindle Unlimited. But during special promotional events these free trials are available for even longer, and that’s the case with Kindle Unlimited right now – as eReader fans can get two months access to the service without spending a single penny.

Amazon is running a jaw-dropping deal right now, offering two months worth of access to Kindle Unlimited entirely for free. That means you’ll be able to read over one million eBooks, and listen to thousands of audiobooks without spending a single penny

As the name suggests, Kindle Unlimited offers unlimited access to a huge library of eBooks, as well as magazine subscriptions and audiobooks.

And one of the best things about Kindle Unlimited – and the Kindle library in general – is you don’t have to have an Amazon reader to take advantage of the service.

Kindle Unlimited – along with Kindle eBooks – can of course be accessed on a Kindle eReader and Kindle Fire Tablet, but also is available on smartphones, tablets as well as PCs and Macs via the Kindle app.

So even if you don’t have a Kindle eReader lying around you can still take advantage of the huge amount of eBooks available in the Kindle Unlimited library, as well as enjoying the free trial running now.

Amazon: How to snag cheaper deals from 'secret' warehouse

The deal, which offers a saving of £15.98, is running until June 24 – so if you want to get access to Kindle Unlimited entirely for free make sure you sign up before then.

If you’re thinking of picking up the latest Amazon freebie, then there are a few important things we need to point out.

The Kindle Unlimited free trial is also limited to one per customer.

Also, Amazon Prime customers who sign-up to Kindle Unlimited may come across a number of titles they’re familiar with.

That’s because there is some crossover between the Prime Reading library – which is one of the perks of an Amazon Prime subscription – as well as the eBooks available with Kindle Unlimited.

But if you’re already an Amazon Prime user and this puts you off, there’s no need to shun Kindle Unlimited. Prime Reading has a much smaller eBook library, with over 1,000 books, magazines and comics included in the service, compared to the over a million eBooks available with Kindle Unlimited.

And, as the name suggests, with Kindle Unlimited you’ll get unlimited access whereas with Prime Reading there are limits on the amount of books you can borrow at any given time.

Amazon is running a jaw-dropping deal right now, offering two months worth of access to Kindle Unlimited entirely for free. That means you’ll be able to read over one million eBooks, and listen to thousands of audiobooks without spending a single penny