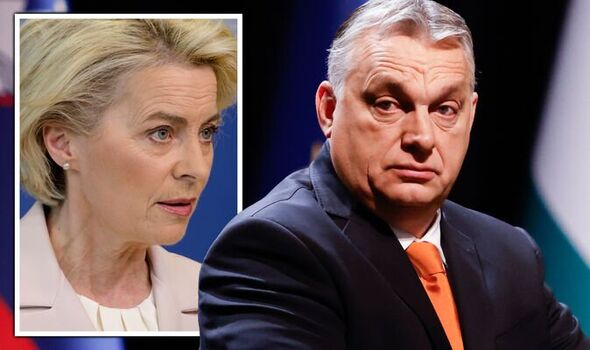 Hungary’s Prime Minister has said his country will not back the EU’s new sanctions package, which includes an embargo on oil imports, in its present form. He said Hungary is ready to negotiate if it sees a new proposal that would meet its interests. The EU has been in ongoing talks over a possible embargo on Russian oil as Putin continues to wage a brutal war against Ukraine.

This embargo would form part of the sixth package of sanctions against Russia, aimed at crippling the country’s economy.

European Commission President Ursula von der Leyen said she would allow six months for member states to end the use of crude oil, and that the deadline would be extended to eight months for refined oil.

The European Commission would also consider giving Hungary and Slovakia an extra year to stop importing oil, due to their high dependence on Russia crude oil.

Hungary imports up to 60 per cent of its oil from Russia.

But Mr Orban has continued to warn the extended 18 month deadline is not enough, as the oil ban requires changes to infrastructure.