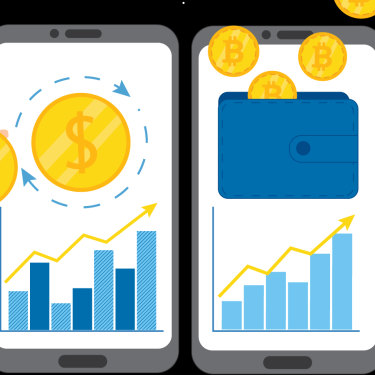 You might not have heard, but there’s a new version of the internet being built, one with much more virtual reality, non-fungible tokens, and highly volatile cryptocurrencies. It’s called Web3, and according to swathes of entrepreneurs and venture capital investors, it could be the next big thing. But what actually is Web3, and what does it consist of?

Web3.0 is focused on building the next iteration of the World Wide Web, but this time on distributed and decentralised systems, with the goal being to create an internet ecosystem not controlled by any one singular entity, such as Facebook or Google. 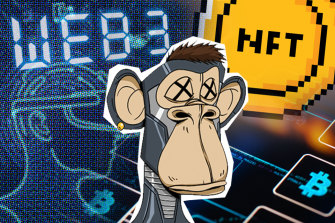 One of the best known NFT collections is the Bored Ape Yacht Club – a series of disinterested-looking primates in different pieces of clothing. A basic Bored Ape will set you back around $450,000.Credit:Chris Fowler

Due to this, the industry is built on open, decentralised blockchains like Ethereum and Solana, which run on tokens – tradable digital assets that leverage blockchain technology for additional functionality such as higher speeds or greater security.

Many Web3 startups are often funded through less traditional methods, such as selling their platform’s tokens to users via a token sale, or establishing themselves as a decentralised autonomous organisation (DAO). These methods not only allow the startups to fund their operations, but also give everyday users a stake or say in how the business is operated.

Broadly, Web3 is aimed so individuals will have better security, transparency, and privacy, and will be freed from the influence of some of the powerful big tech Web2 companies.

Yep. The internet as we know it today can broadly be referred to as Web2, which usually refers to the period after the turn of the millennia where major companies, such as Facebook and Google, began to dominate the Web, and users could interact with the internet through the creation of social media accounts and the like. Some of the iconic developments of Web2 include things like blogs, video sharing websites like YouTube, photo sharing and web apps.

The earliest days of the internet were the era of Web1, where the majority of websites were static and unable to be meaningfully interacted with.Web1 was also highly technical and quite niche, as the Internet was still seen as a novelty then.

What elements of Web3 currently exist?

By now you’ve probably heard of Bitcoin, the world’s first and largest cryptocurrency. Bitcoin is a digital currency that runs on blockchain technology. It’s encrypted, which means it’s difficult to counterfeit or double-spend.

Because it runs on a decentralised blockchain network, there is no central server or system that runs Bitcoin. Instead, it operates on a web of thousands of computers across the globe, each linked to one another and tasked with verifying, cross-referencing and processing transactions on the network.

These computers, called nodes, have the job of independently checking each transaction is not fraudulent and that the user actually owns the Bitcoin they’re trying to send. If a majority agrees, the transaction is chronologically added to a long public list – or chain – of every Bitcoin transaction in existence and the sale would go through. 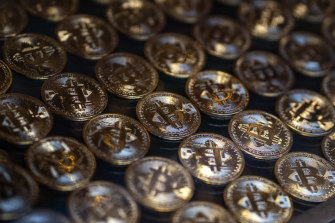 A common reason to invest in crypto is the hope of earning high returns.Credit:Bloomberg

Every 10 minutes, the computers managing the network package all the transactions received during that time as a “block”, which is linked to the preceding block. These blocks are unable to be modified or changed and can be traced all the way back to January 2009 when the network was first switched on, and form the “blockchain” technology upon which almost all cryptocurrencies are based.

While Bitcoin is the biggest and best known of all the cryptocurrencies, it is far from the only one. The aforementioned Ethereum and Solana networks are two other very popular cryptocurrencies that have additional utility beyond just transferring value. Ethereum allows users to program their transactions using computer code, meaning you can introduce all sorts of rules and utility into the underlying cryptocurrency – much like a piece of computer software.

By using these programmable blockchains, savvy software developers have come up with all sorts of interesting use cases for blockchain technology and its tokens, the two most notable of which are decentralised finance (like traditional financial services but on the blockchain) and non-fungible tokens, or NFTs.

A non-fungible item is unique. For example, your house key or your cat, both are non-fungible – non-interchangeable for other items. A fungible item, on the other hand, is something such as a dollar, which can be replaced with another different dollar and still be worth the same, and serve the same purpose.

Around 2017, some developers decided to implement non-fungibility on the blockchain, enabling users to permanently and immutably record their ownership of digital assets, such as a piece of artwork. From this, NFTs were born. 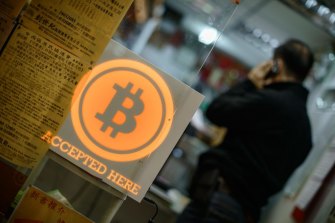 Web3 relies on cryptocurrencies such as Bitcoin to transact.Credit:AFP

The vast majority of modern NFTs are pieces of art, which users buy and sell on online marketplaces akin to eBay, much like digital collectibles. Often these pieces of artworks are parts of massive, computer-generated collections of 10,000 artworks, each with different rarities and attributes which make them more or less desirable. One of the best known NFT collections is the Bored Ape Yacht Club – a series of disinterested-looking primates in different pieces of clothing. A basic Bored Ape will set you back around $450,000.

NFTs are also seeing some, albeit limited, use in the world of video games and music, where advocates believe they could be used for in-game collectibles – such as a limited edition weapon or piece of clothing – or as a potential way to improve music copyright. However, these concepts have gained limited mainstream traction and have been generally poorly received.

The final piece of the Web3 puzzle (for now) is the metaverse. In essence, this is a digital world that exists in parallel to the physical world, with the goal of replicating many of our real-life experiences in the virtual realm.

The metaverse is powered by virtual reality technology, which allows you to don a pair of high-tech goggles which display and let you interact with this alternate universe. Companies such as Facebook (now known as Meta) are betting big on the metaverse being a big part of the internet in years ahead, spending millions on developing services and software for it. 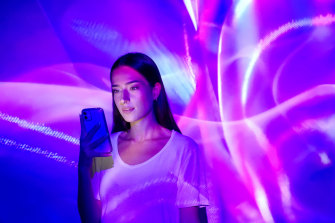 The metaverse is set to succeed the mobile internet.Credit:iStock

And while virtual reality has existed for years in the world of gaming, the current focus is on how it could fit with other existing elements of Web3. Proponents tout the fact you would be able to transact in the metaverse using cryptocurrency or prove your ownership of your digital couch by use of an NFT.

What are people saying about Web3?

It’s early days for the metaverse, and many users are understandably sceptical of its longevity and fundamental usefulness, a perspective that has extended to many aspects of Web3. Efforts by major video game developers to implement NFTs into their products have been met by fierce backlash from gamers. Musicians have, with a few exceptions, routinely dismissed similar efforts by Web3 companies to cut into the music distribution space. Broadly, consumers are uncertain or dismissive, a viewpoint fuelled by the cliquish and highly technical nature of the industry.

Cryptocurrencies, on the other hand, are quickly gaining recognition and support in society, largely as a new investment class but also as a possible disruptor to decades of dominance from centralised financial services companies. The government is currently working through a raft of regulations that would aid the use and reputation of crypto in Australia.

I don’t see someone strapping a frigging screen to their face all day and not wanting to ever leave.

But many are still highly dubious about the real-world use cases for Web3 technology. Legendary investor Warren Buffet, for example, is no fan of Bitcoin, which he believes is not a productive asset.

“In my life, I try and avoid things that are stupid and evil and make me look bad in comparison with somebody else,” he said. “Bitcoin does all three.”

Even supposed proponents of Web3, like the world’s richest man Elon Musk, have expressed their concerns, with Musk saying couldn’t see a compelling use-case for the metaverse and criticising Web3 as being “more marketing than reality”.

“Sure you can put a TV on your nose. I’m not sure that makes you ‘in the metaverse,’” he said in December last year. “I don’t see someone strapping a frigging screen to their face all day and not wanting to ever leave. That seems — no way.“

“I currently am unable to see a compelling metaverse situation.”