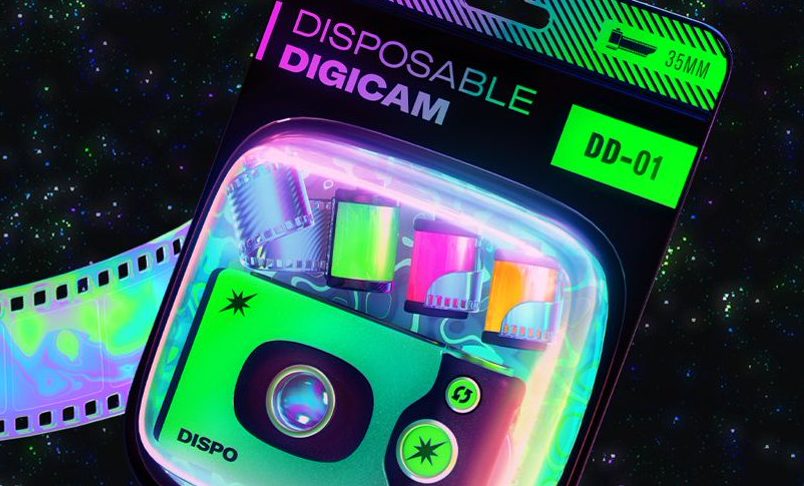 Following the hype around BeReal, there’s another photo sharing app that wants you to live in the moment.

Dispo is a photo-sharing app that aims to bring back the candid fun of a disposable camera.

Launched in 2019 as ‘David’s Disposable’, it was named for founder David Dobrik, a YouTuber who shot to fame as the leader of the prank YouTube channel Vlog Squad.

Initially, the app was invite-only but eventually opened up to all iPhone users for free. Unfortunately for Android users, Dispo is currently only available for iOS.

Dispo climbed to the top of the App Store in the US initially but fell out of favour – like its founder Dobrik, who left the company after some of his pranks went too far.

But the app seems to have had something of a resurgence thanks to another social media site. It seems TikTokers have got their hands on the app and can’t get enough of taking disposable photos or ‘dispos’.

The app is currently number one on the App Store’s Photo & Video category – ahead of Instagram and Snapchat.

Similar to BeReal, Dispo wants you to ‘live in the moment, and share the true you’.

The app tries to recreate the experience of using a disposable camera on your phone by letting you frame your pictures through a small rectangular viewfinder.

You can even zoom in and out with a slider that mimics a real camera.

Unlike a real disposable camera where you can take a limited number of pictures, Dispo lets you shoot unlimited pictures and add it to a roll. Friends can add pictures to the same roll, giving you a collection of pictures a gathering like a night out.

It’s unclear if Dispo can maintain its momentum or lose it to the fickle attention span of social media users but it’s definitely worth checking out.