It is practically an insult in Silicon Valley to say that an executive is extremely capable at running a company. Inventors, not great managers, are often the ones celebrated in technology.

We imagine mad scientists bringing to life their visions of the first personal computers, software that organises all the websites in the world and cool electric cars. Turning an idea into a viable and lasting business is dull by comparison.

That companies will give more power to business operatives over inventors is a constant fear among technologists. The concern is understandable. Innovation is essential and tough to sustain now that technology is a mammoth industry. 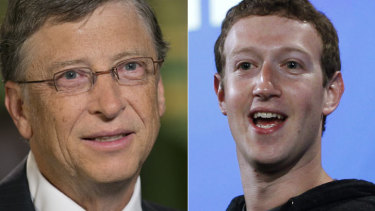 Bill Gates and Mark Zuckerberg were ultracompetitive business strategists more than they were software-coding masterminds.Credit:Fairfax Media

But the fixation on an individual’s ingenuity above all other abilities is a selective memory of tech history. Triumph is often the result of imagination combined with obsessive business savvy. Steve Jobs and Jeff Bezos are respected for their technical imagination but also their supremacy in business strategy, marketing or ability to unite people behind a shared mission.

Great ideas are almost never enough on their own. Strong leaders also need pragmatism and other skills beyond dreaming. And the way that technology is infusing everything now means that the myth of the genius tech inventor is standing in the way of progress.

I have been thinking of this because I started reading my colleague Tripp Mickle’s new book, which explores the tensions between Apple’s head and its heart in the decade since Jobs died.

The power to invent is necessary, but it is not enough.

Apple CEO Tim Cook is the head — the whiz at manufacturing details. Jony Ive was the design-genius heart who helped Jobs make computers fun and shaped the modern smartphone. Ive stopped working at Apple full time in 2019 and, in Mickle’s telling, complained that technocrats and “accountants” were sucking Apple of its soul.

This is a refrain that pops up periodically among technologists and investors who say that Apple has lost its touch at product invention and creativity. There were similar gripes about Microsoft under its former CEO, Steve Ballmer, and we hear that at times now about Google, led by Sundar Pichai, and Uber after its founder, Travis Kalanick, was pressured to resign in 2017. The fear is that corporate bureaucrats are winning over technical skills and heart. 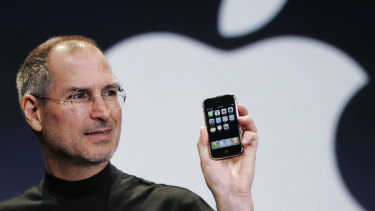 Apple pioneer Steve Jobs was admired for its technical imagination but also his business and marketing talent. Credit:AP

Some of those are natural concerns about companies as they grow large. Some of the sentiment probably reflects nostalgia for a time when tech inventing was everything. Except that is a selective reading of tech history.

Celebrated Silicon Valley inventors are often both heart and head. Jobs was a capable technologist but mostly a brilliant pitchman and brand genius. Amazon is a reflection of Bezos’ inventive ideas and his financial wizardry. Bill Gates and Mark Zuckerberg were ultracompetitive business strategists more than they were software-coding masterminds. Elon Musk is a great inventor, but his SpaceX is a great company partly because he works with operations experts including Gwynne Shotwell.

A belief that ingenuity was the most important ability of these tech icons “obscured the core skill set that made these people extraordinary,” said Margaret O’Mara, a University of Washington professor who researches the history of technology companies.

“The lone genius is a powerful myth because it has a grain of truth,” she said, but it also ignores other skills and the collaboration necessary to bring any idea to life. 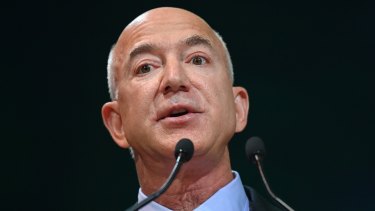 Amazon is a reflection of Jeff Bezos’ inventive ideas and his financial wizardry.Credit:Getty

“Even Thomas Edison had many, many people in his laboratory,” O’Mara said.

Mickle’s book makes it clear that Apple as we know it today would not exist without Cook and other technocrats. Developing the iPhone was a once-in-a-lifetime accomplishment, but it took obsessive nerds like Cook to ensure that Apple could manufacture hundreds of millions of perfect copies year after year and not go broke.

It is also becoming clearer that the skills necessary for technology-enabled transformations are changing.

Technology is no longer confined to shiny Ive inventions in a cardboard box. It has become an enabler to reimagine systems like health care, manufacturing and transportation.

Sure, that requires a creative thinker who can come up with artificial intelligence code, virtual worlds or satellites that beam internet service to Earth.

But at the risk of sounding woo-woo, it also requires a curiosity about the complexity of people and the world, an ability to navigate institutional and human inertia, and the persuasion skills to summon the collective will to pursue a brighter future. The power to invent is necessary, but it is not enough.