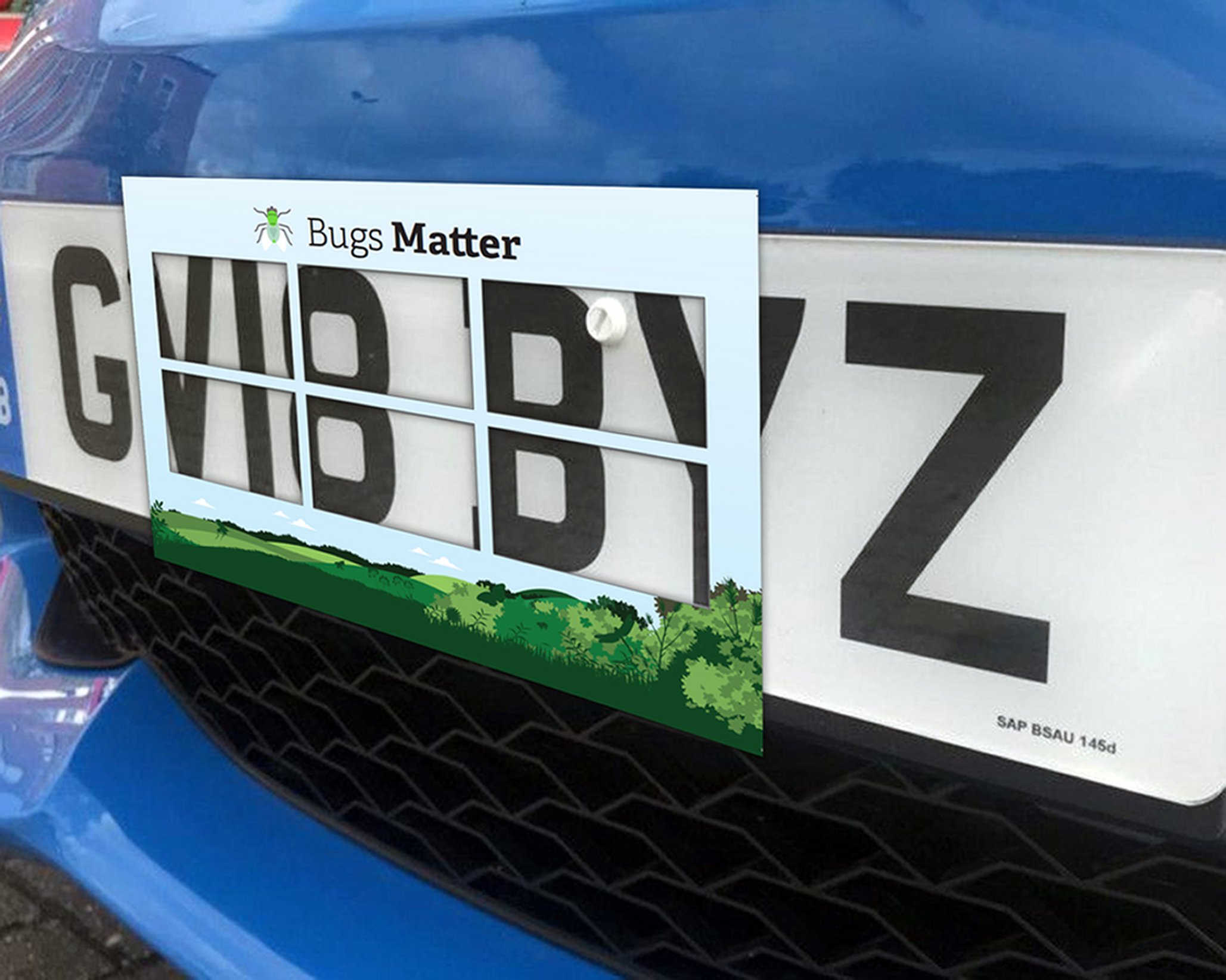 The ‘windscreen phenomenon’ is anecdotal evidence from drivers that they collect fewer moths, flies, aphids, bees and flying beetles on their windscreens than they did in the past.

Now a survey led by Kent Wildlife Trust and Buglife has attempted to quantify that and gather more data on what is happening to bugs in the UK, against a backdrop of global falls in the number of insects.

Bugs are crucial to a healthy functioning environment, pollinating most of the world’s crops, performing natural pest control, breaking down organic matter and returning nutrients into the soil, conservationists said.

Counting insects estimates how they are faring in our towns and countryside but also shows how the wider natural world is doing.

The ‘Bugs Matter’ survey asked members of the public to record the number of flying insects squashed on their number plate in 2019 and 2021, and compared it with data from a survey led by the RSPB using the same method in 2004.

Before making an essential journey in their vehicle, drivers cleaned their number plate, and afterwards counted the insects squashed on it using a ‘splatometer grid’ supplied as part of the survey.

They then submitted a photo and count details via the Bugs Matter app and the data was converted into ‘splats per mile’ to make it comparable between journeys.

The number of insects sampled on vehicle number plates fell by 59% between 2004 and 2021, the survey found.

The counts of insects such as moths, butterflies, flies, flying beetles and ants, aphids, wasps, bees and lacewings differed across the UK, with England seeing the biggest declines of 65% compared with 17 years ago.

Wales recorded 55% fewer insects, Scotland saw a drop of 28% compared with 2004 figures, and there were too few surveys in Northern Ireland to draw separate conclusions, the conservationists said.

Though the data showed significant drops in insects, drawing robust conclusions about long-term trends in insect populations would require data from multiple years, over long time periods, and over large spatial scales.

And, naturally, the factor of increased number of cars on British roads would also need to be taken into account.

But the Bugs Matter citizen science survey has demonstrated that it has the potential to generate such data, they said.

Matt Shardlow, chief executive at Buglife, said: ‘This vital study suggests that the number of flying insects is declining by an average of 34% per decade, this is terrifying.

‘We cannot put off action any longer, for the health and wellbeing of future generations this demands a political and a societal response, it is essential that we halt biodiversity decline – now.’

Paul Hadaway, director of conservation at Kent Wildlife Trust, said the declines in insects reflected the enormous threats to and loss of wildlife more broadly across the country.

‘These declines are happening at an alarming rate and without concerted action to address them we face a stark future,’ he warned.

‘Insects and pollinators are fundamental to the health of our environment and rural economies.

‘We need action for all our wildlife now by creating more and bigger areas of habitats, providing corridors through the landscape for wildlife and allowing nature space to recover.’

Meanwhile, peer-reviewed research has also linked the decline in bugs with climate change for the first time.

As well as harming the environment, the loss of insects like beetles, flies, bees, butterflies and grasshoppers could also harm human health, the experts suggest.

Insects have an important role in ecosystems, including pollination and pest control.

Joint first author Peter McCann, who conducted the research while completing an MSc at the UCL Centre for Biodiversity & Environment Research, said: ‘We need to acknowledge how important insects are for the environment as a whole, and for human health and wellbeing, in order to address the threats we pose to them before many species are lost forever.’

The research from UCL is the first to identify that an interaction between rising temperatures and changes in land use is driving widespread losses in numerous insect groups across the globe.

According to the study, tropical areas saw the biggest declines in insect biodiversity linked to land use and climate change.