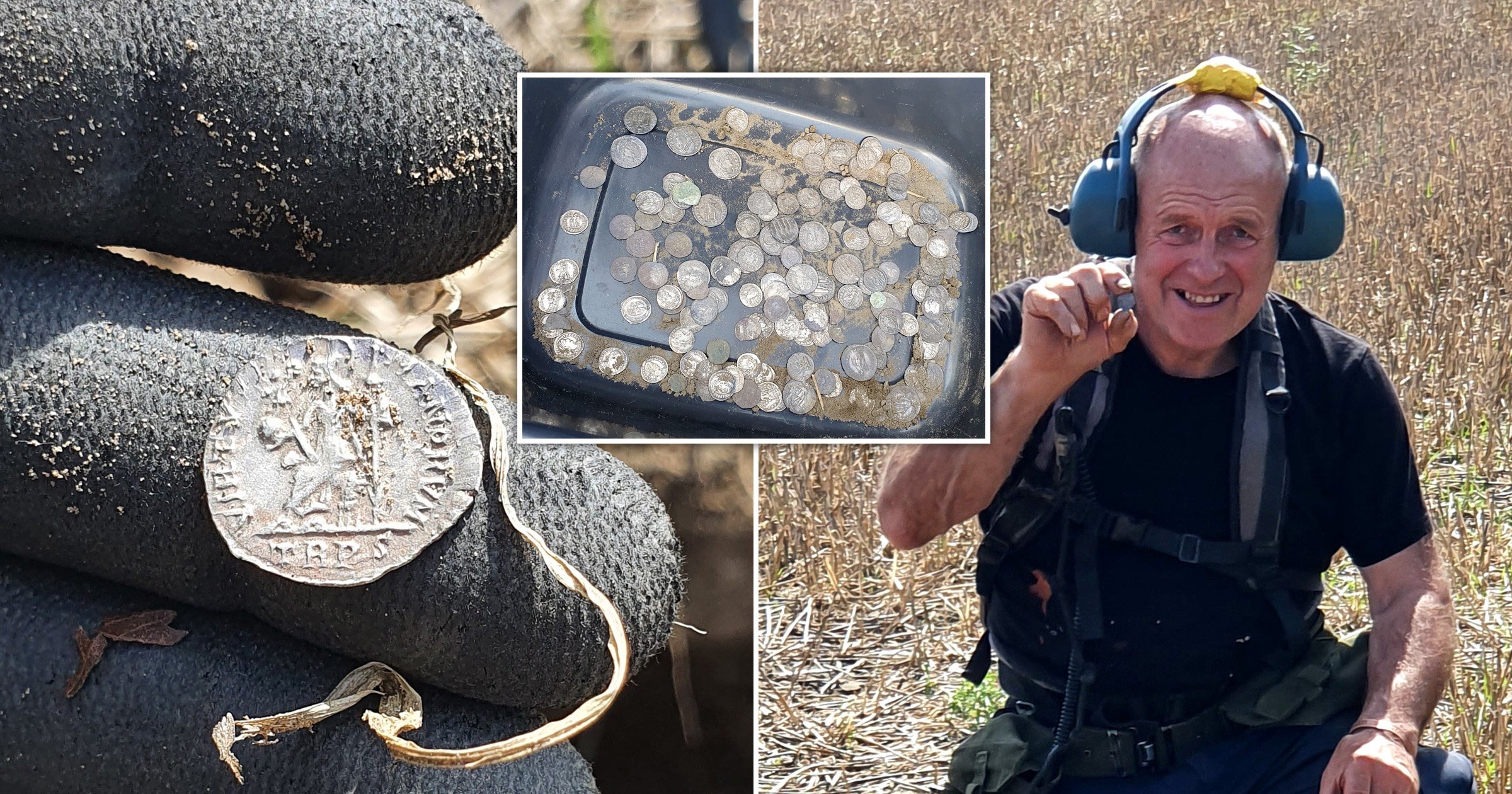 Three metal detectorist friends spent weeks camping in a Wiltshire field as they searched for treasure — then found 161 Roman coins buried by their tent.

Robert, from Essex, said: ‘After finishing breakfast I turned on my machine — a Minelab Equinox 800 — and having walked around six paces from the tent, found several tent pegs and, just under the surface, a late Roman silver siliqua in pristine condition.

‘A few moments later I found another one beside it.’

Mick, from Wiltshire and Dave, also of Essex, joined in to help uncover 161 silver siliqua and miliarense from AD 340-402.

The collection is expected to fetch up to £40,000 when it is auctioned on May 17 by specialist Noonans.

‘What we hadn’t realised is we’d actually camped right on top of the area where the coins were found.’

The friends have more than 90 years’ detecting expertise between them.

‘We’re looking forward to the auction but have no idea how we’ll spend the money,’ Robert said.

The British Museum inspected the coins and is keeping two for its collection.