Look up this week! Eta Aquarids meteor shower will peak on Friday – with up to 50 shooting stars visible every hour

Up to 50 shooting stars per hour will light up the night sky when the Eta Aquarids meteor shower reaches its peak later this week.

The annual Eta Aquariid meteor shower takes place between 19 April and 28 May, but will peak between midnight and dawn on Friday (May 6), according to Royal Observatory Greenwich.

UK stargazers can catch a glimpse of the annual shower by looking towards the constellation Aquarius in the southern sky – although the most shooting stars from the event will be seen in the southern hemisphere.

Meteor showers occur when Earth passes through a stream of debris left behind by a comet, causing pieces of dust and rock to burn up in the atmosphere.

Because meteors can be quite faint, it is best to look out for them in a dark sky, free of moonlight and artificial lights with a wide an unobstructed view of the sky.

Eta Aquarids are known for their speed – traveling at about 148,000 mph (66 km/s) into Earth’s atmosphere. They are named after the constellation Aquarius as they fall from that point in the sky and specifically the star Eta Aquarii 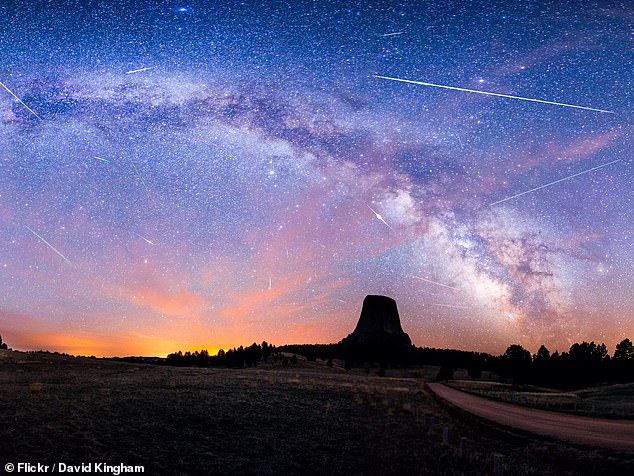 A composite taken over three nights using two cameras, of the Eta Aquarids Meteor Shower in 2013 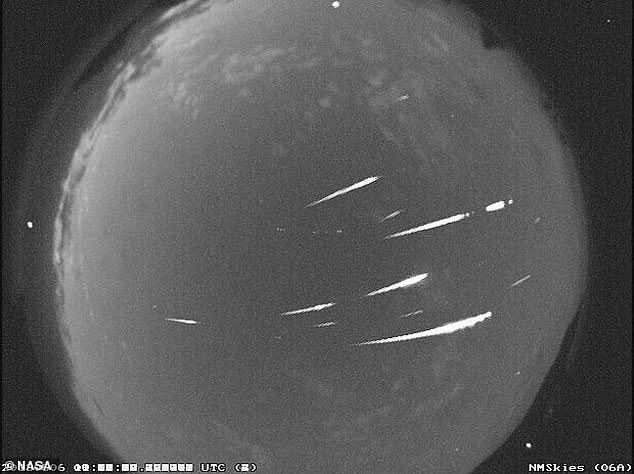 An image of an Eta Aquarid meteor from the NASA All Sky Fireball Network station in Tullahoma, Tennessee, in May 2013

The Eta Aquarids are viewable in both the northern and southern hemispheres during the pre-dawn hours.

You won’t need telescopes see the meteors, just clear skies and some patience.

To view the comets, look up in the early mornings, right before dawn. NASA suggests trying to see the show between 3am and 5am your local time in an area away from city lights.

The southern hemisphere is preferable for viewing the Eta Aquarids. The Northern Hemisphere has an hourly rate of only about 10 meteors.

This year the Eta Aquarids will peak in the early hours of May 6.

Eta Aquarids are known for their speed – travelling at about 148,000 mph (66 km/s) into Earth’s atmosphere.

Fast meteors can leave glowing ‘trains’ of incandescent debris which last for several seconds to minutes.

Eta Aquarids are named after the constellation Aquarius as they fall from that point in the sky and specifically the star Eta Aquarii.

The cosmic display is the result of Earth flying through a cloud of debris left behind by Halley’s Comet during its last journey through the inner solar system in 1986.

‘The Eta Aquarids are pieces of debris from Halley’s Comet, which is a well-known comet that is viewable from Earth approximately every 76 years,’ says NASA.

‘Also known as 1P/Halley, this comet was last viewable from Earth in 1986 and won’t be visible again until the middle of 2061.’

They’re best viewed in Australia because they rise to about 50 degrees in the sky, which is the best angle to view them from. 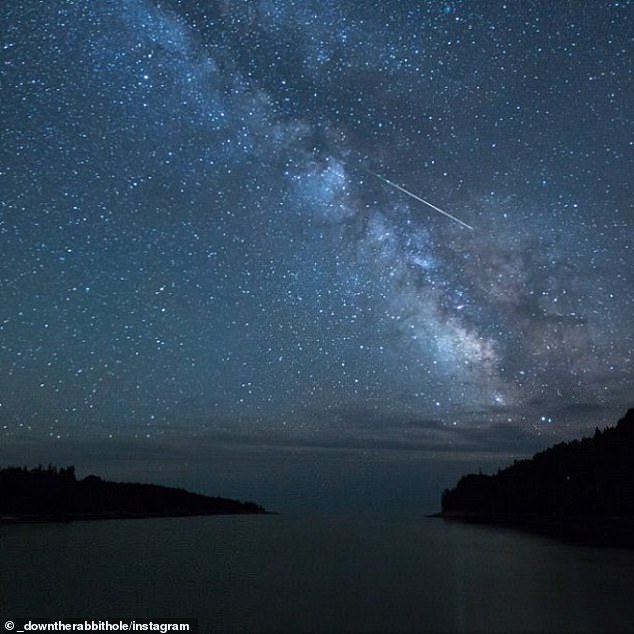 The Eta Aquarids peak during early May each year. Eta Aquarid meteors are known for their speed. These meteors are fast, traveling at about 148,000 mph (66 km/s) into Earth’s atmosphere 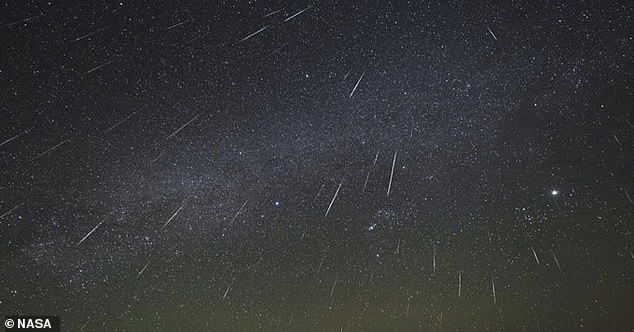 Halley’s Comet returns to Earth’s vicinity approximately every 75 years, so some people could see it twice in their lifetime.

The comet is named after English astronomer Edmond Halley, who examined reports of a comet approaching Earth in 1531, 1607 and 1682. The last time it was here was in 1986, and it is projected to return in 2061.

Halley’s most famous appearance occurred shortly before the 1066 invasion of England by William the Conquerer.

It is said that William felt the comet heralded his success. The comet was put on the Bayeux Tapestry as a result.

When comets come around the Sun, the dust they emit gradually spreads into a dusty trail around their orbits.

Every year the Earth passes through these debris trails, which allows the bits to collide with our atmosphere where they disintegrate to create fiery and colourful streaks in the sky.

However, the events won’t pose a threat to humans as the objects nearly always burn up in our atmosphere before reaching the planet’s surface.

Luckily, on Friday, the moon – which can wash out meteors with its bright light – will be in its waxing crescent phase, so its illumination amount will be low.

Without this moonlight, skywatchers will have a better chance of spotting the shooting stars.

According to NASA, to watch the shower you should ‘get a comfy chair’ and be prepared to sit outside for hours – but you won’t need binoculars or a telescope.

NASA says: ‘To view the Eta Aquarids find an area well away from city or street lights.

‘Come prepared with a sleeping bag, blanket or lawn chair.

‘Lie flat on your back with your feet facing east and look up, taking in as much of the sky as possible.

‘After about 30 minutes in the dark, your eyes will adapt and you will begin to see meteors.

‘Be patient – the show will last until dawn, so you have plenty of time to catch a glimpse.’

The next meteor shower will be the Delta Aquariids, which has an annual peak near the end of July. This year’s peak is set to happen on July 30.

The Delta Aquariids is a small to medium shower, reaching a peak rate of around 20 meteors per hour.

A much bigger meteor shower called the Perseids, with around 100 shooting stars per hour, will occur in August.