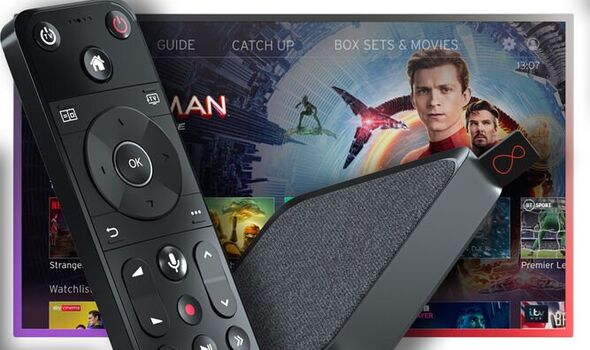 After months of rumours and speculation, Virgin Media has finally lifted the lid on its new Stream box. This diddy device plugs straight into any telly with content then beamed to the big screen via a broadband connection. Along with all the standard channels such as BBC and ITV, Stream also offers easy access to premium platforms such as Disney+, Netflix, BT Sport and Sky.

Everything appears on one monthly bill with Virgin promising that customers will be able to chop and change what they do and DON’T want to subscribe to each month – there’s even a 10 percent discount on offer when signing up for services such as Netflix.

Other features include the option to watch in stunning 4K quality and the pocket-sized design makes it simple to move around your home.

If that’s got you thinking about making the switch to Stream here are 5 things that you need to know.

YOU NEED A VIRGIN BROADBAND CONNECTION

Unlike most streaming devices such as the Apple TV or Amazon’s Fire TV Stick which can connect to any broadband, Virgin’s Stream only works if you subscribe to Virgin’s own internet access.

If you have Virgin in your house already this won’t be a problem but it’s worth remembering that if you use other Internet Service Providers (ISPs) such as BT, TalkTalk, Plusnet or Sky the Stream box won’t show any content. Prices for Virgin Media broadband access start from around £25 per month for a basic 100Mbps with things rising to over £60 for the firm’s fastest Gig1 service.

YOU CAN PAUSE LIVE TV BUT YOU CAN’T RECORD

The Stream box might be small but it’s pretty mighty. Despite its size, you can still watch in full 4K Ultra HD quality and there’s the ability to pause live TV and then start watching from where you stop things.

That’s a nice bonus of this box but one thing it can’t do is record any shows as there’s no hard disk tucked under its shell. If you want to keep endless episodes of Match of the Day or movies to watch at a later date you might be best of subscribing to Virgin’s 360 box.

Along with all the usual terrestrial channels, Stream also offers instant access to services such Disney+, Netflix, BT Sport plus Sky Cinema and Sky Sports. All of these premium platforms can be controlled via one monthly bill with Virgin promising that customers will be able to chop and change what they subscribe to each month.

Virgin has just released full pricing and adding sports, movies and boxsets to your bundle could leave you facing a bill of over £100 per month…ouch!

Here’s a full breakdown of pricing:

Just like some of its rivals, including Sky Q, the Stream box arrives with a remote that lets you control what’s on the screen via voice controls.

That means you can search for content, launch apps and more just by speaking into the channel changer.

Another thing to note is that the more you search for and watch the easier it becomes to find things with Virgin offering up recommendations based on your tastes.

Don’t want to wait in for an engineer to drill holes in your walls? Because it’s so small and works via your Wi-Fi there’s no tricky installation when buying Stream. Virgin simply sends the box out and you just plug it in to begin playing.

As we mentioned earlier, the only thing you need to check is that your broadband is supplied by Virgin as this mini machine won’t work with any other Internet Service Provider.