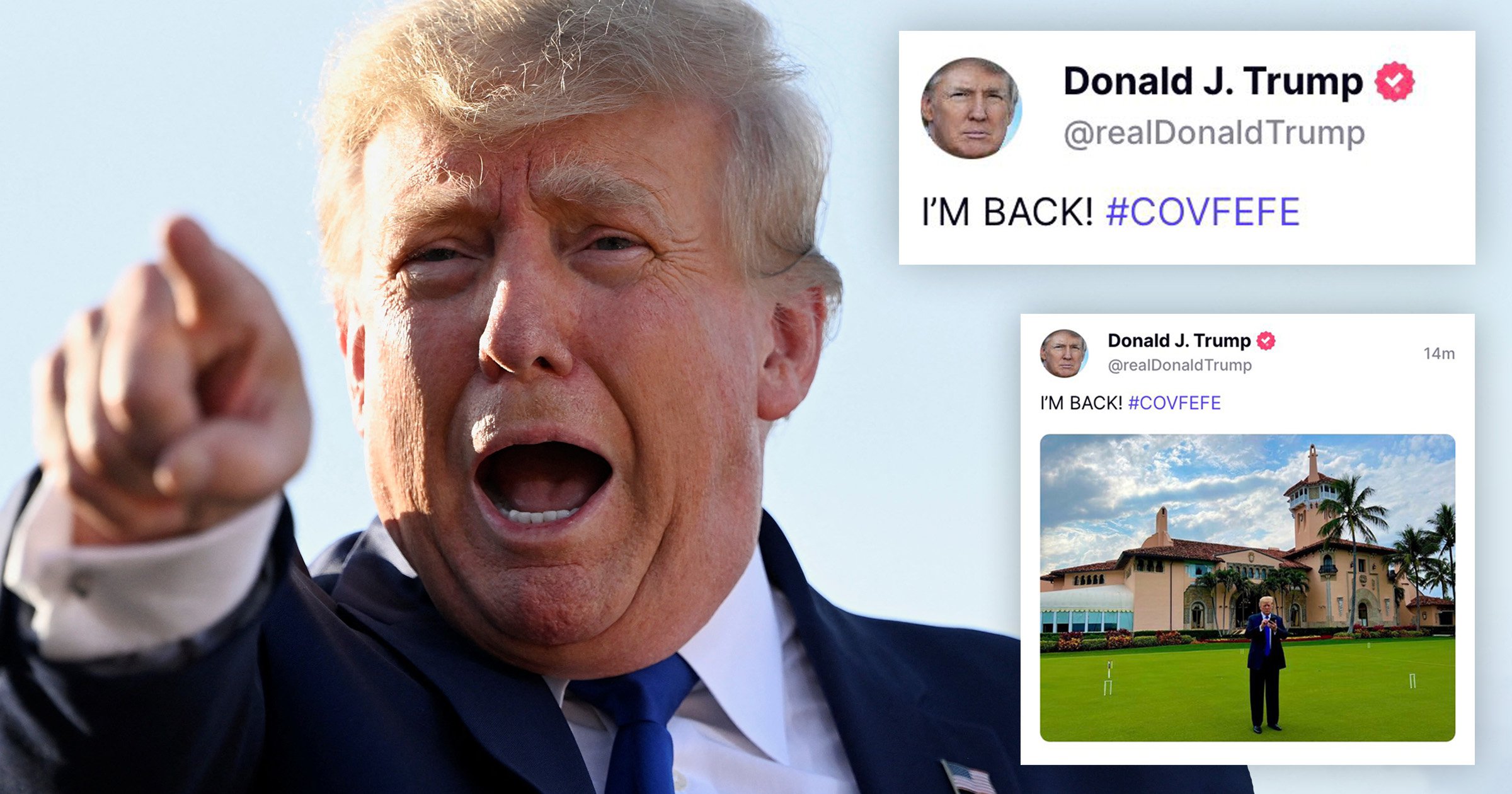 Former President Donald Trump posted on his Truth Social platform officially for the first time, announcing he is back on social media, along with a hashtag of his infamous 2017 typo.

‘I’M BACK! #COVFEFE,’ Trump wrote on Thursday evening, and shared a photo of himself standing in front of his Mar-a-Lago resort.

The hashtag referred to his deleted tweet in which he bashed the media with a nonsensical term.

It was not clear exactly why Trump used #covfefe in his Truth Social post, but the term again caught the attention of his fans and critics alike.

Trump’s social media post on Thursday was his first in more than a year. The 45th president was permanently suspended from platforms including Twitter, Facebook and YouTube over his comments around the deadly January 6 Capitol riot. He launched Truth Social on February 21, casting it as a platform encouraging free speech.

About a week before Truth Social launched, the ex-president’s eldest son Donald Trump Jr tweeted a screenshot of what he said was his father’s first post.

‘Get Ready! Your favorite President will see you soon!’ read the February 15 post on Truth Social.

Trump’s apparent post was not viewable to the public because his platform was not yet available for download.

Shortly before Twitter’s board accepted Musk’s offer, Trump spoke favorably of Musk, but said he would not return to Twitter even if allowed.

‘I am not going on Twitter, I am going to stay on Truth,’ Trump told Fox News on Monday. ‘I hope Elon buys Twitter because he’ll make improvements to it and he is a good man, but I am going to be staying on Truth.’

Trump told the TV station he would begin ‘Truth-ing’ over the next week – and has kept his word.