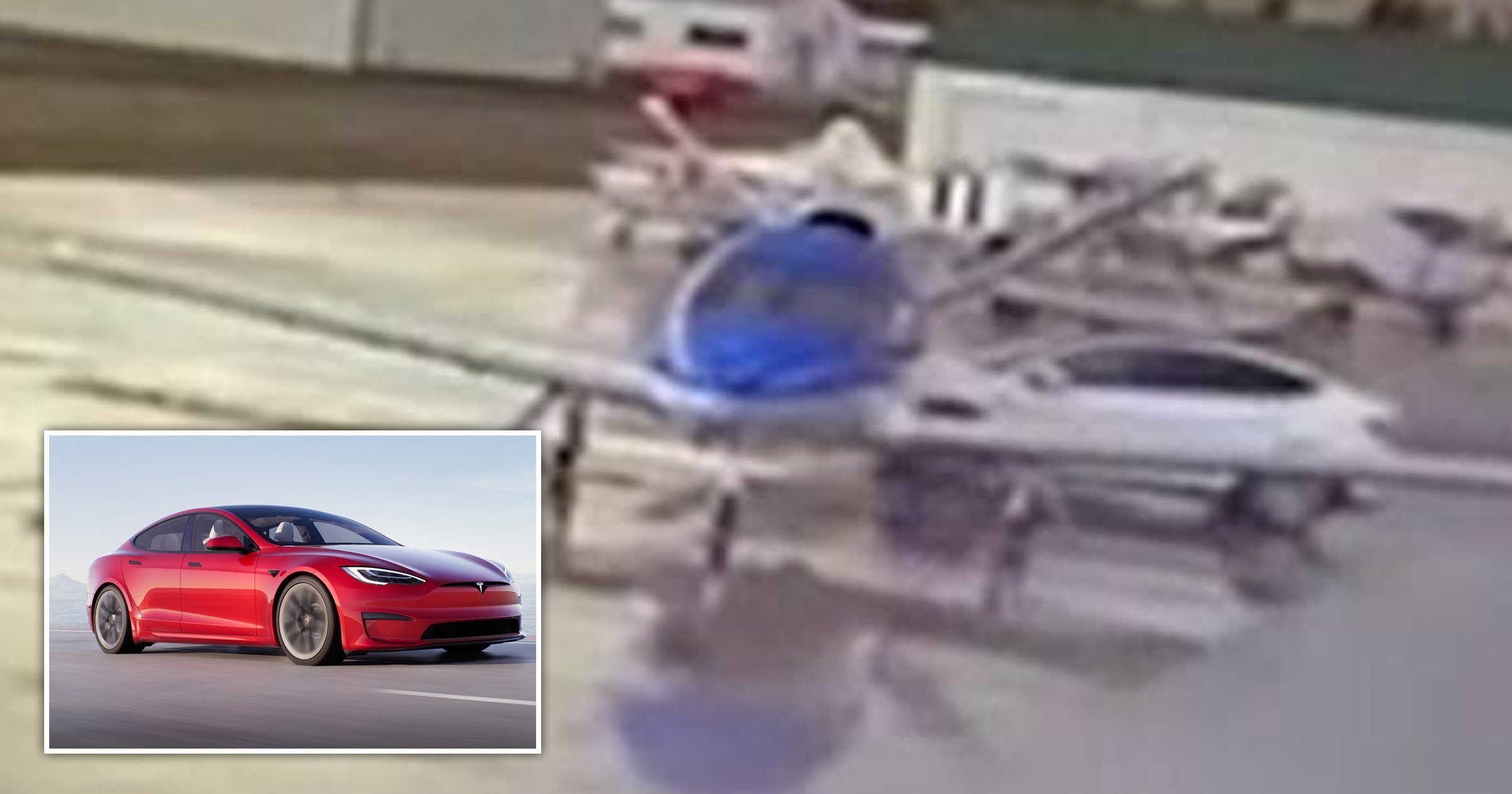 One of the self-driving features on a Tesla car is known as ‘smart summon’ and allows the owner to call the car remotely from around 200 feet.

A video circulating around Reddit shows a Tesla crashing into a Cirrus Vision aeroplane while it’s being summoned by its driver.

The electric car knocks into the tail of the jet – which costs around $2 million (£1.5 million) – and pivots it 90 degrees before coming to a stop.

The video looks like it was captured on a security camera and shows the white Tesla moving across a small airport. No visible damage is clear from the video but we’re willing to bet an awkward call to an insurance company ensued.

Tesla’s summon feature is operated through the company’s smartphone app and uses both the car’s and the phone’s GPS to bring the car to its owner’s location. In theory, the car’s on-board cameras are able to identify and steer around surrounding objects.

Of course, no system is fullproof.

It’s not exactly clear why the car in this instance didn’t spot the plane. However, Tesla fans on Reddit have speculated that the cameras didn’t pick up the plane’s fuselage because it was in the air above the car, rather than directly in front of it.

As you can see in the video, the car’s bonnet passes under the plane before the roof catches the underside of the aircraft.

Earlier this year, Tesla was forced to recall thousands of cars because it’s self-driving software was rolling past stop signs.

The ‘rolling stop’ feature allows vehicles to go through junctions with stop signs at up to 5.6mph. But Tesla agreed to the recall after two meetings with officials from the US National Highway Traffic Safety Administration (NHTSA).

The company also had to issue an over-the-internet software update to disable the feature.

So, it’s possible Tesla could also push out an update to warn its cars if there are any expensive private jets that just happen to be getting in the way.