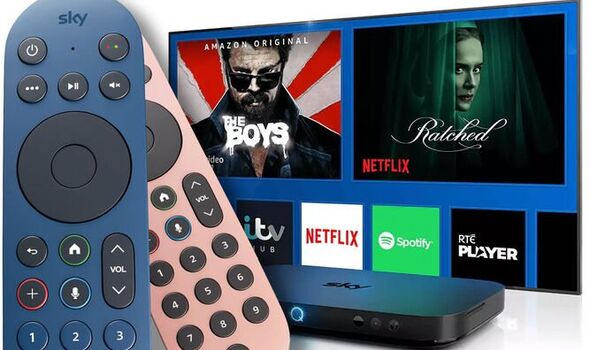 For the tenth year in a row, Sky TV has beaten its rivals when it comes to the least amount of complaints made by its customers. That’s according to UK telecoms regulator Ofcom who has just announced its latest league table for telly and broadband suppliers. Yet again, Sky recorded the fewest complaints about its pay-TV service with just 1 in 100,000 having issues with the firm.

Sky has launched an unmissable bargain offering its award-winning Sky Q box bundled with speedy broadband at a very low price. This bundle gives access to over 200 channels, the Sky Q box to pause and rewind live telly and stream Netflix and Prime Video, all powered by average broadband speeds of some 36Mbps. Of course, you can add paid-for channels, Sky Sports, Sky Cinema and Netflix at checkout too

Other firms that have performed well when it comes to TV include TalkTalk who were second in Ofcom’s stats followed by BT. Sadly for Virgin Media users, the firm didn’t perform quite so well with its TV complaints well above the UK average. It’s not just television where Sky has managed to beat its rivals with the firm also coming out on top for its broadband, landline and mobile services.

Other firms that performed well overall include EE, BT and Tesco Mobile.

When it comes to the most complained about broadband service, Shell Energy came bottom of the league table followed by TalkTalk and Vodafone.

Here are all the winners in the latest Ofcom results

Speaking about the latest Fergal Farragher, Ofcom’s Consumer Protection Director, said: “It’s encouraging that overall complaints remain at record lows, but that doesn’t mean customer service is where it should be across the board.

“There are still big differences in performance between some providers. So it’s definitely worth shopping around and voting with your feet, if you’re not happy with the service you’re getting.”

And Dana Strong, Group Chief Executive Officer, Sky, added: “For ten years in a row Sky has received fewer complaints to Ofcom than every other pay-TV provider in the UK. We’re proud of our consistent performance – it is all thanks to the hard work of our exceptional customer service teams. This quarter our customer service teams are leading the way across the board, as we received the fewest complaints to Ofcom in every category.”