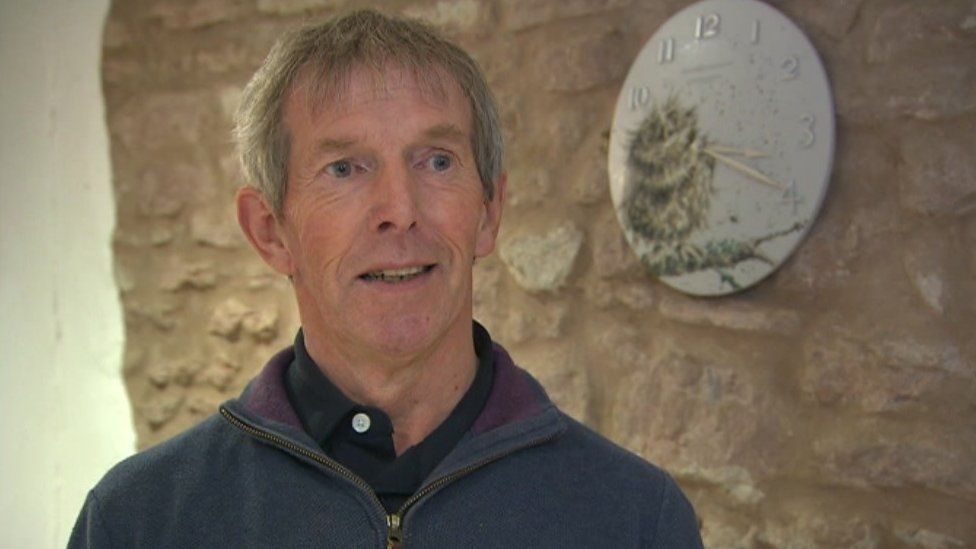 A man diagnosed with Parkinson’s disease says his symptoms have been reveresed by a tiny brain chip he had implanted in 2019.

Tony Howells received the implant at Southmead Hospital as part of a treatment trial and said the results were ‘amazing’.

‘Before the operation I went for a walk on Boxing Day with my wife and I got 200 yards (182m) from the actual car,’ he told the BBC.

‘I had to turn around and go back because I just couldn’t walk.

‘Then after the operation, which was 12 months later, I went on Boxing Day again and we went for 2.5 miles (4km) and we could’ve went further.

There is currently no known cure for Parkinson’s, which gradually destorys nerve cells in the brain. Symptoms include shaking of parts of the body, slow movement and stiff and inflexible muscles that continue to get worse over time.

The implant – known as a deep brain stimulation (DBS) device – works to override the abnormal brain-cell firing patterns that cause the symptoms.

It has a tiny battery system to power electrical impulses that are sent via probes deep into the brain.

Mr Howells said: ‘You can’t understand how frustrating [Parkinson’s] is until it happens to you.

‘Just doing your shoelaces up is a major operation… it affects your every day life no end.’

It takes three hours to carry out the new operation and the trial taking place in Bristol will conclude next year.

If it is successful, it has the potential to transform the lives of thousands of people living with Parkinson’s disease.