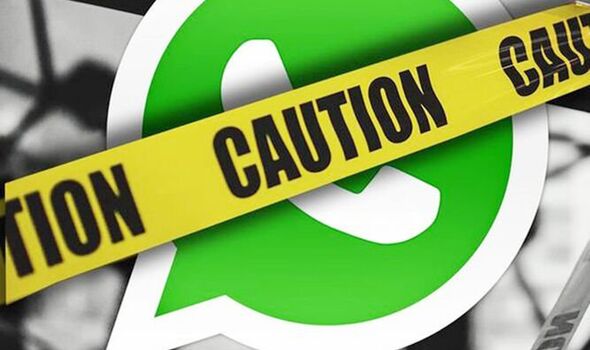 There’s a nasty new WhatsApp scam circulating across the globe and it’s easy to see how some users are being duped. The latest threat to target the two billion people who use the popular messaging platform every day pretends to have been sent by the support team at WhatsApp itself.

As spotted by the ever-reliable team at WABetainfo, the message looks like it’s arrived from the WhatsApp Support account but it’s actually sent by scammers trying to steal user names, passwords and even bank account details. It’s also been reported that some users are asked for the six-digit verification code sent by WhatsApp to access the account on a new device. Once this code is in the wrong hands, scammers then have full access to private chats and lists of contacts.

Fake messages aren’t anything new but where the hackers are trying to be clever is by using the official “green tick” on the account.

This suggests to users that it’s a genuine account but a closer look reveals that this verification badge is actually in the wrong place and is not the real deal.

The actual WhatsApp Support account has a green tick right next to its name but because scammers can’t activate this they simply add it to the profile picture instead. It’s a crafty trick.

If you get a message claiming to be from WhatsApp and it looks like the screenshot above, then you must delete it straight away and not respond to any messages sent via the account.

Explaining more, WAbetainfo said: “WhatsApp never asks for details about your credit card and information like your 6-digit code or two-step verification PIN. WhatsApp doesn’t even ask for money or confidential information to avoid terminating accounts. If someone wants to get this information, it means it is a fake account that’s trying to scam you.”

WhatsApp has also issued advice on how to safe from scammers with the Meta-owned firm saying: “If a message looks suspicious or sounds too good to be true, don’t tap, share, or forward it. When you receive this type of message, we recommend you report the message, block the sender, and delete the message. As a best practice, if you aren’t sure whether something’s true or don’t know who wrote the message you received, we don’t recommend forwarding it.”

Here are some things to watch out for as it could reveal a message is fake:

• Asking you to share your personal information, such as credit card or bank account numbers, birth date, passwords

• Asking you to forward a message

• Claiming that you have to pay to use WhatsApp

As a reminder, WhatsApp is a free app and you don’t have to pay to use it.