Now that he’s on the cusp of buying Twitter for $US44 billion ($60 billion), Elon Musk has some pivotal decisions to make. At the top of his list is whether to let thousands of banned users, some of them very high profile, return to the short-form social media platform.

The implications will be felt not just in politics, but on the platform itself. If Musk can bring back its most controversial and engaging users without prompting a regulatory firestorm or mass exodus, then its underperforming ad business may finally be primed to boom.

But it’s a big “if” when Musk is set to tangle with figures as disparate as former US president Donald Trump, who was removed after his supporters stormed the US Capitol, as well as feminist author Naomi Wolf, who was kicked off Twitter for spreading dangerous myths about vaccines. 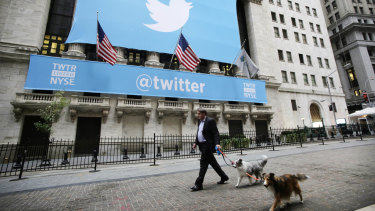 Despite a history of not following through on promises, believe what Elon Musk says about his plans for Twitter Credit:AP Photo/Mark Lennihan

No sensible person would want the task of deciding whether to allow them back, given either decision is sure to attract waves of hate. But Musk does not live like an ordinary person, or even an ordinary founder and CEO of several of the world’s most successful companies.

His guiding principle seems to be to behave however an ethically ambiguous tycoon would in a movie. So, the quickest way to understand what he plans is to believe what he says, with a discount applied for his history of unfulfilled promises. That would imply Musk will lift the bans en masse.

“Free speech is the bedrock of a functioning democracy, and Twitter is the digital town square where matters vital to the future of humanity are debated,” Musk, who has previously called himself a “free speech absolutist”, said in a statement.

There is some business logic here. The most controversial accounts generate much of Twitter’s most engaging content, which allows it to show users more ads. On the other hand, bringing back voices from the extremes of society raises the risks of a backlash from advertisers.

Regardless, unlike a new crop of platforms such as Gettr and Truth Social that have launched in recent years to offer a home to right-wingers excluded from Twitter, Twitter has both sides of any given debate eager to throw written stones at one another.

“I also want to make Twitter better than ever by enhancing the product with new features, making the algorithms open source to increase trust, defeating the spam bots, and authenticating all humans,” Musk said.

These ideas are alluring, but short on details. Authentication could be mandatory, or just an option. It could mean people have to post under their real name, or just have it associated privately with their account. Either way, it could help in dealing with online abuse but is not a panacea: plenty of people troll under their real names and pseudonyms can be useful for people like activists in repressive countries.

Musk recently has been evasive when asked for details. He recently responded to a query from the New York Times with a facetious, bordering on contemptuous, single letter: “X”.

What would the uber wealthy character in the movie do? Create a furious, likely offensive and sometimes dangerous spectacle, but one that is too compelling to look away.