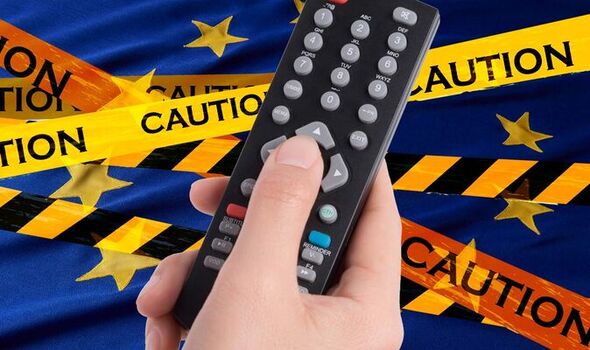 The EU is set to bring in new measures that will clamp down on free and illegal access to copyrighted content from the likes of Netflix, Prime Video and Disney+. The Digital Services Act (DSA) is new EU legislation that aims to stop the spread of harmful and illegal content online. It was officially unveiled at the end of 2020, with it approved by the European Parliament earlier this year. And in the past few days lawmakers in Brussels, after lengthy discussions, have settled on the final text of the legislation.

We’re still waiting to see exactly what’s included in this new plan, but the legislation previously called for the adoption of filters – which would scan files users try to upload and block them if the content is deemed illegal.

These filters could significantly reduce the amount of copyrighted content that gets spread on the internet, by banning pirated movies and boxsets before files even get uploaded to the net. However, there are fears the filters – which could even be adopted by Big Tech websites like Twitter or YouTube – may be unreliable and block swathes of content mistakenly labelled as pirated.

In its recent announcement about the DSA, the EU didn’t mention if the controversial upload filters are included in the final text of the legislation.

But Brussels did confirm a number of measures aimed at internet pirates, namely changes to takedown notices and a new trusted flaggers scheme.

The latter will give these complaints preferential treatment in the takedown process, which should make dealing with their requests – and taking down offending content – much quicker.

The DSA will also compel online platforms to verify the identities of third-party suppliers to tackle the sale of illegal goods, services or content. If a company doesn’t comply with rules in the DSA then the EU will be able to issue multi-million Euro fines.

Outlining the measures, the EU said the DSA offers an “unprecedented new standard” when it comes to holding online platforms accountable for illegal and harmful content that’s hosted.

European Commission President Ursula von der Leyen said: “Today’s agreement on the Digital Services Act is historic, both in terms of speed and of substance. The DSA will upgrade the ground-rules for all online services in the EU. It will ensure that the online environment remains a safe space, safeguarding freedom of expression and opportunities for digital businesses. It gives practical effect to the principle that what is illegal offline, should be illegal online. The greater the size, the greater the responsibilities of online platforms.”

For Big Tech firms, which the EU classifies as platforms with over 45million EU users, the new DSA rules will come into effect as early as this year.

While for other platforms it could take up to 2024 before they have to comply with the new rules.