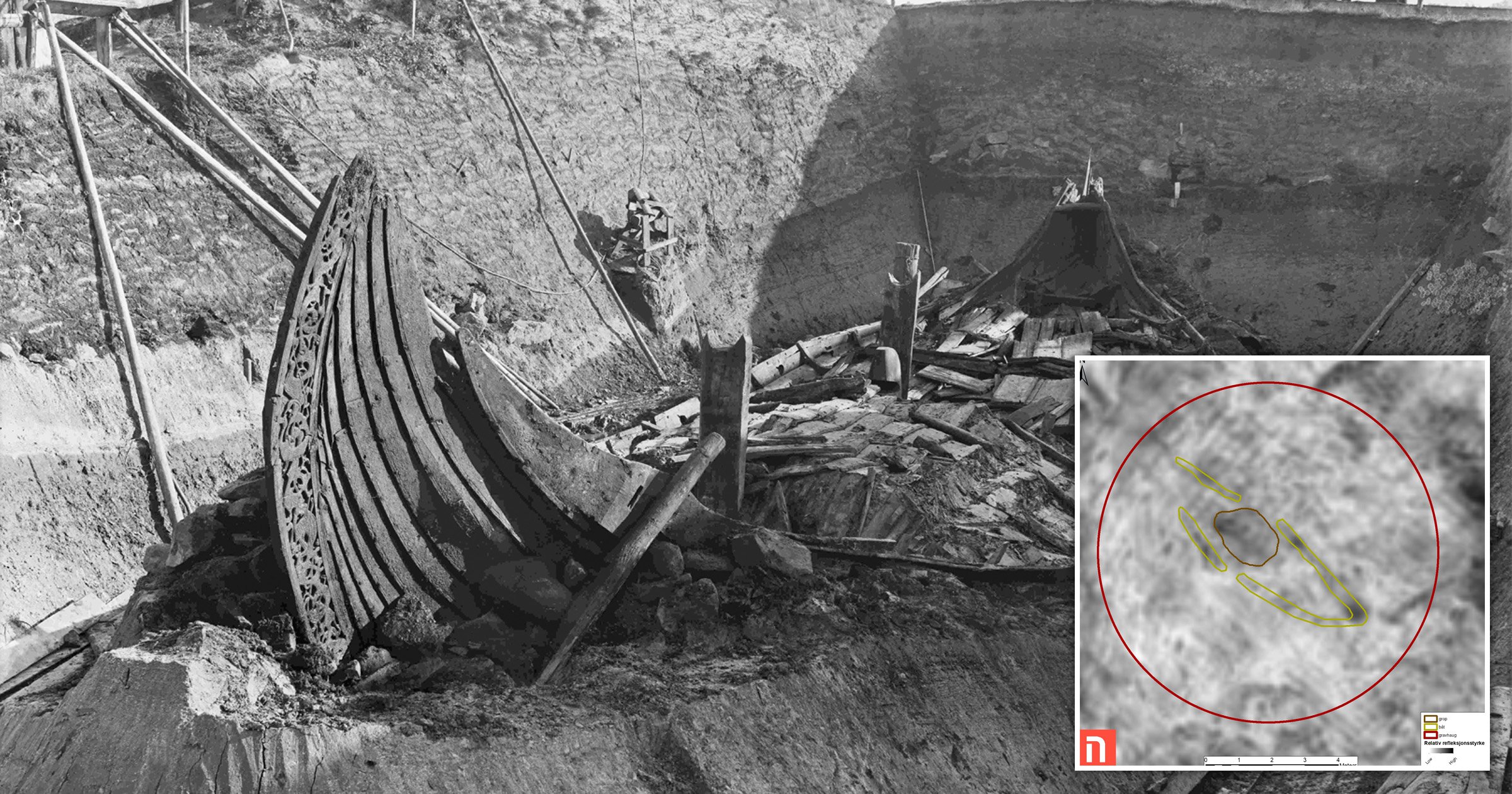 A lost ship marking the resting place of an important Viking has been unearthed in the path of a planned highway in Norway.

Archaeologist Jani Causevic, from the Norwegian Institute for Cultural Heritage Research (NIKU), found the ‘incredibly exciting’ discovery while probing the proposed route of the E39 highway.

Mr Causevic said the presence of a ship pointed to the grave of a person of great importance.

‘Boats were an expensive thing back in the day,’ he said.

‘So whoever is buried there was probably someone important, and they wanted to signify that by giving them a rich burial.

‘Usually people of high status would be given a boat burial.’

And while boat graves are a known phenomenon in Viking history, most contain smaller vessels than the one found by Mr Causevic, according to NIKU.

The newly-discovered boat is nearly 30ft long (9m) with seating for six men – big enough to bury more than one person.

‘Not just to find such a discovery, but also to see how the use of georadar gives us the opportunity to explore and document cultural history through new and exciting methods.’

Øyesletta, and the surrounding municipality of Kvinesdal, were already known to be burial grounds, but this is the first time a boat grave has been found there.

The grave has not yet been excavated and what treasures remain inside is still unknown.

If the highway takes another course, we may never find out.

‘It is yet unclear what will happen to the boat,’ said Mr Causevic.

‘If the road construction passes through, it will be excavated, but if they choose a different route, then the burials will most likely just be left alone.”

Boat graves are associated with the late iron age – which ended in 800 AD in Scandinavia – and the subsequent Viking age.

NIKU said they represented some of the moset richly-equipped Viking tombs.
On the other hand, NIKU said the Øyesletta burial grounds were active between 1,500 and 2,000 years ago.

Today, due to the advance of agriculture, none of its burial mounds survive.
Nils Ole Sandet, project manager with the local government, said: “That the project has managed to produce knowledge that we thought was lost is very exciting.

‘This means that we can understand and convey better stories about society and the use of Øyesletta in the Iron Age.’