Women are less likely to get promoted than men because they feel more stressed, frustrated and discouraged at work, study claims

Women are less likely to get promoted than men because they feel more stressed, frustrated and discouraged at work, a new study has claimed.

This is because positive emotions are important for leadership, meaning women are at a disadvantage akin to running with ‘leaded shoes’, according to the sweeping new study on gender differences in emotion at work.

They also experienced fewer positive feelings in the workplace, and had less of an emotional benefit from climbing the employment ladder. 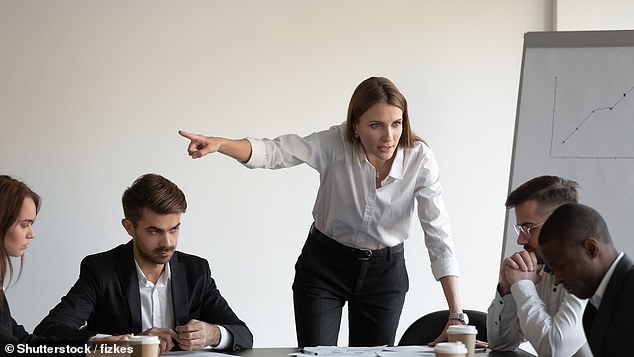 Women feel more overwhelmed, stressed and frustrated at work and less respected than men the higher they are promoted, a new study has found (stock image)

The study notes that, while the glass ceiling for women has been extensively documented, there has been little research on gender differences in emotions at work.

‘It would be hard for anyone to break through a glass ceiling when they feel overwhelmed, stressed, less respected and less confident,’ said co-author Jochen Menges, who teaches at both the University of Zurich and Cambridge Judge Business School.

‘This emotional burden may not only hamper promotion opportunities for women, but also prevent them from contributing to an organisation to the best of their ability.’

He added: ‘More needs to be done to level the playing field when it comes to emotional burdens at work.’

The study, which is based on nearly 15,000 workers in the US, found that gender makes a difference when it comes to the emotions that employees experience at work.

Women reported greater negative feelings than men across all ranks, although these decreased for both sexes as they moved up the organisational ladder.

That being said, it did so more for men than women. 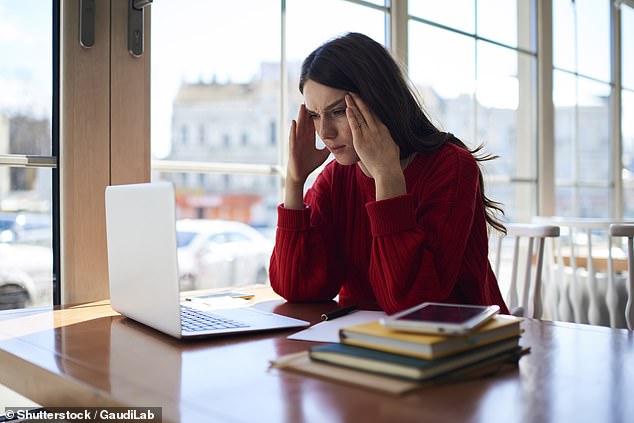 Participants used a sliding scale to indicate how often they had experienced 23 feelings at work in the previous three months.

The items included ten positive emotions such as ‘interested,’ ‘proud’ and ‘inspired,’ and 13 negative responses including ‘bored,’ ‘stressed’ and ‘envious’.

Those taking part were also asked to report their typical feelings about work in open-ended responses about how their job had made them feel over the past six months.

In addition, to assess positional power, participants were asked to place themselves on a ladder with ten steps representing where people stand in their organisation.

The study concluded that smothering emotion in the workplace is not the answer as inhibiting negative emotions for a prolonged time increases burnout, and negatively impacts performance and personal well-being.

Scientists said that future research should include how gender interacts with other categories of identity, such as race and ethnicity, social class, and sexuality.

Women of colour face stronger glass ceiling effects than white women and have to simultaneously navigate bias and discrimination based on their gender and race, they added.

The authors also suggest further investigation to establish whether women’s negative experiences can impose an emotional glass ceiling because obstacles such as unequal treatment at work causes emotions such as feeling disrespected, which in turn can become an additional barrier to advancement.

The study has been published in Sex Roles: A Journal of Research.

WHAT ARE THE MAIN TRIGGERS OF WORKPLACE ANXIETY AND HOW CAN WE ADDRESS THEM?

Experts from the University of Toronto Scarborough say the most prominent causes of workplace anxiety include jobs that require constant expression or suppression of emotion – think ‘service with a smile’ – as well as jobs with constant looming deadlines or frequent organisational change.

Office politics and control over work are other important factors. Employee characteristics including age, gender and job tenure can also affect the experience of workplace anxiety.

‘Managing anxiety can be done by recognising and addressing triggers of workplace anxiety, but also being aware of how to leverage it in order to drive performance,’ says Lead author Bonnie Hayden Cheng .

She says there are many strategies organisations can use to help employees.

Some of these include training to help boost self-confidence, offering tools and resources to perform tasks at work, and equipping employees with strategies to recognise, use, and manage feelings of anxiety through emotional intelligence development.