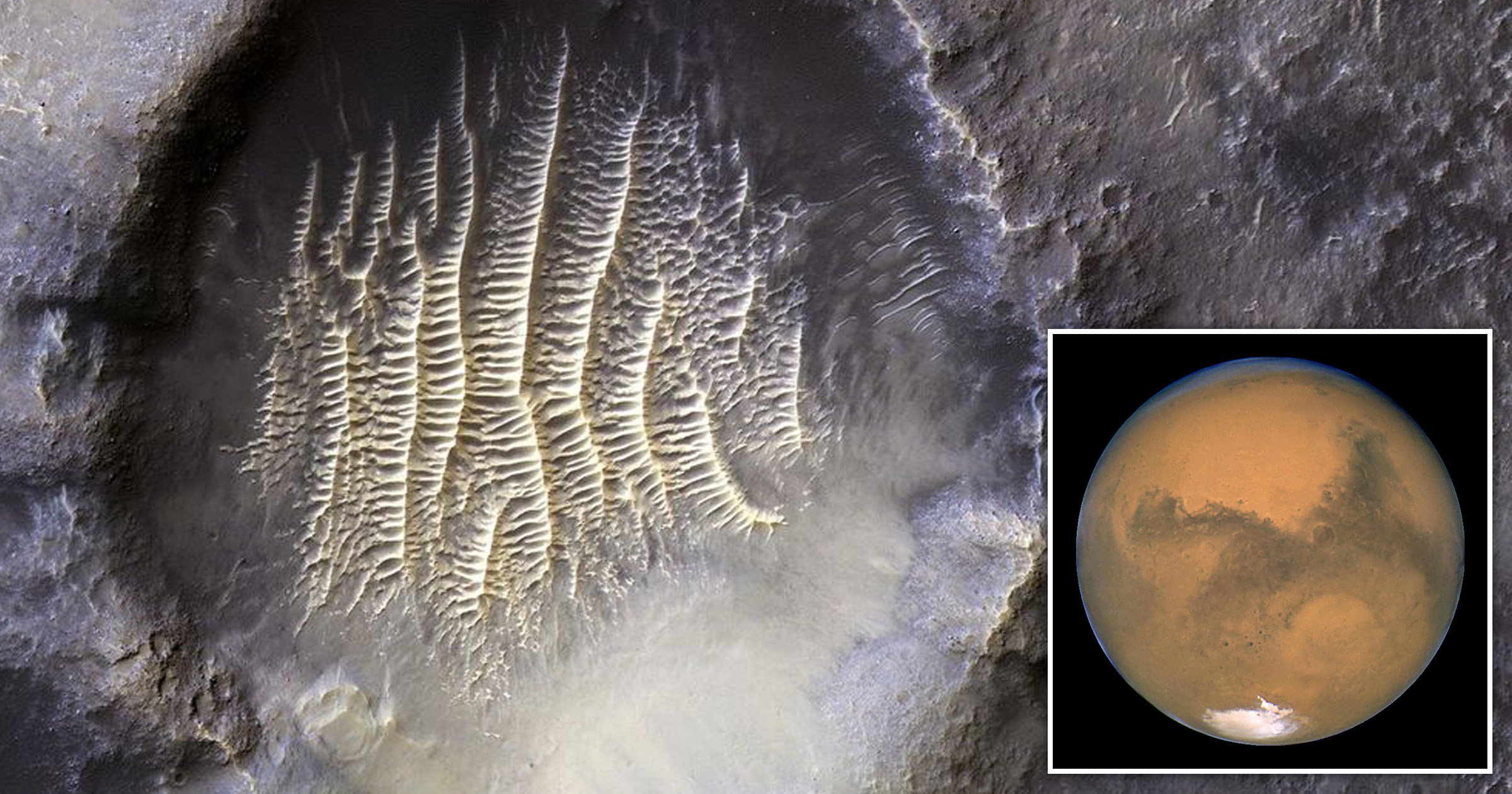 Nasa recently posted an image of a crater on Mars showing markings that internet users have likened to ‘alien footprints’.

The US space agency posted a picture of the crater on Instagram, taken last year.

And – aliens or not – it actually marks an interesting part of Martian geography.

‘You’re looking at 0° longitude on Martian, which is the Red Planet’s equivalent of Greenwich Observatory,’ said Nasa on the post.

The Greenwich Observatory marks Earth’s Prime Meridian, a line that divides the east from the west and is used as the zero-reference line for astronomical observations.

Every place on Earth is measured in terms of its distance east or west from longitude 0º in Greenwich.

In the post, Nasa pointed out that it wasn’t a new picture but captured by the High-Resolution Imaging Science Experiment (HiRISE), on the Mars Reconnaissance Orbiter in September, 2021.

The larger crater within the crater in the picture, known as the Airy Crater, originally defined Mars’ zero longitude, said Nasa.

However, as higher resolution photos became available, a smaller feature was needed and this crater, called Airy-0 (zero) fit the bill.

Airy-0 is about 0.5 kilometers across and was one of the early features to be identified on Mars.

It was named after the British Astronomer Royal, Sir George Biddell Airy who in 1850 built the telescope at Greenwich Observatory. The location of that telescope was subsequently chosen to define the location of Earth’s prime meridian.

Since the time of posting, the image has received more than 470,000 likes, with users commenting that the markings on the crater looked like ‘alien footprints’.

While this can be down to wild speculation, it does follow a report published this month by the Pentagon outlining investigations into the health impact on humans who have had encounters with UFOs.

Alien footprints or not, one thing’s for sure — scientists have not written off the existence of aliens.

A group of scientists are even looking to beam Earth’s location into space to try and contact extraterrestrial life. Whether that’s a good idea or not and if anything will come of it is yet to be seen.