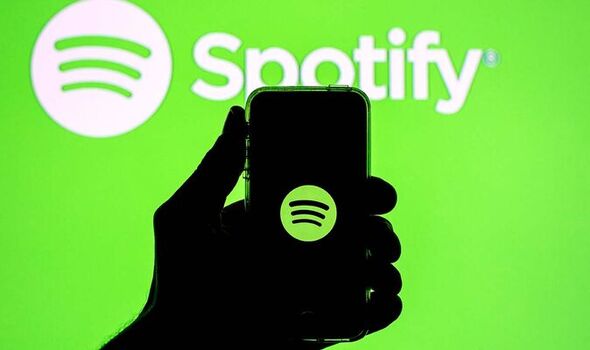 The Spotify Premium three month free trial has made a comeback just in time for Easter. The leading music streaming app is once again offering three months of access to Spotify Premium – worth almost £30 – to new customers who haven’t tried out the service. This deal is running until May 12 and will let you access a library of over 82million songs and more than 3.6million podcasts without paying a single penny.

You will also be able to listen to ad-free music and download tracks to the Spotify app to listen offline.

Spotify’s latest free offer could tempt plenty of customers over who were thinking of trying out the app’s big rivals Apple Music and Amazon Music Unlimited.

That’s because anyone interested in one of these services will get even more access for free with Spotify.

Apple Music and Amazon Music Unlimited are both running free trials at the moment as well but these only last for one month.

Meghan and Harry: Spotify podcast 'targeted to US' says expert

The Spotify Premium three month free trial is available on the Individual plan, which as the name suggests offers access for only one account.

Once the three month free period is up auto-renew will kick in and you’ll be charged £9.99 per month.

So if you don’t want to continue using Spotify after your free trial ends make sure you cancel before then.

Spotify is also offering free trials on other plans, but these only run for one month.

As with the Individual free trial, once the one month free period is up with the Duo, Family or Student plans auto-renew will kick in so you’ll need to cancel before then if you don’t want to pay a single penny.

In other Spotify news, the world’s popular music streaming app recently pushed out an update that Android users will need to download.

Recently those that have phones which run the Google-made OS have reported a bizarre Spotify bug where the Now Playing bar completely disappeared even when music was playing on the app.

If you’ve been hit by this bug then you’ll be pleased to know you can download a patch is rolling out which addresses this problem.

Outlining the problem in a post online, Spotify said: “Hey folks, we have received reports that Android users (mostly Samsung users) are unable to see the Now Playing bar on the app whenever they play songs/podcasts.”

In a later update the Spotify team went on to add: “A number of Spotify users on Android devices may have experienced issues with the Now Playing View and music playback.

“A fix has now been implemented and is rolling out to all users.”

Amazon is giving away access to Music Unlimited for free for one month. The Spotify rival boasts a library of 75 million songs, which can be played on iPhone, Android, Sonos, and Amazon Echo speakers. The entire library is available in lossless audio – CD quality – at no extra cost, something Spotify can’t match right now!

FREE For One Months, £9.99 A Month Thereafter If Not Cancelled | Prime Members Can Subscribe For £7.99 A Month