Anyone who has ever had to brush long hair will know that trying to get the knots out can be a nightmare.

It’s a tricky combination of patience, perseverance and gritted teeth.

But mathematicians have now proved what many have suspected for some time – that the key to freeing the tangles is beginning at the ends and moving upwards the roots.

Harvard researchers created a model that simulated two helically entwined filaments (similar to a strand of DNA) to represent a tangle of hair, and analysed different ways of ‘brushing’ it so the hairs became free.

Their results, published in the journal Soft Matter, revealed short brush strokes that start at the ‘free’ end of the hair and move towards the ‘clamped’ end are most effective. 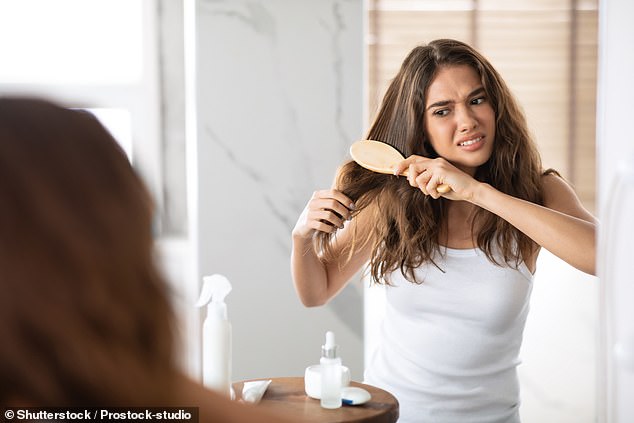 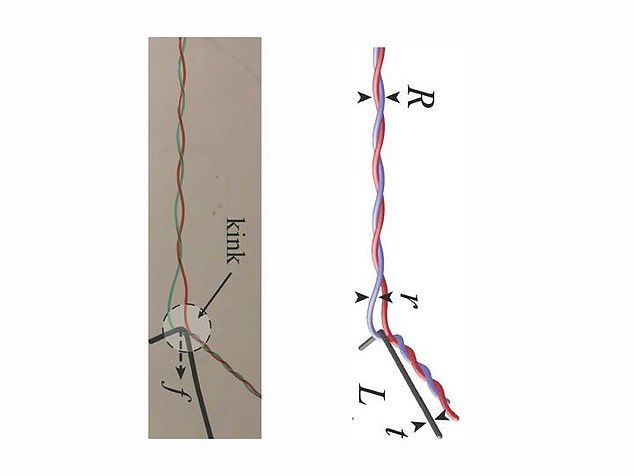 ‘Using this minimal model, we study the detangling of the double helix via a single stiff tine (prong) that moves along it, leaving two untangled filaments in its wake,’ said Plumb-Reyes, a graduate student at SEAS.

‘We measured the forces and deformations associated with combing and then simulated it numerically.’

When an incorrect brushing strategy is used, the process can be very painful and damaging to the hair, and it can take a long time to remove all the tangles, they warned.

Professor Lakshminarayanan Mahadevan (CORR), one of the authors of the study, said he learned the mechanics of combing years ago while brushing his young daughter’s hair.

‘I recall that detangling spray seemed to work sometimes, but I still had to be careful to comb gently, by starting from the free ends,’ he said.

‘But I was soon fired from the job as I was not very patient.’

Next, his team aims to study the mechanics of brushing curlier hair and how it responds to humidity and temperature. 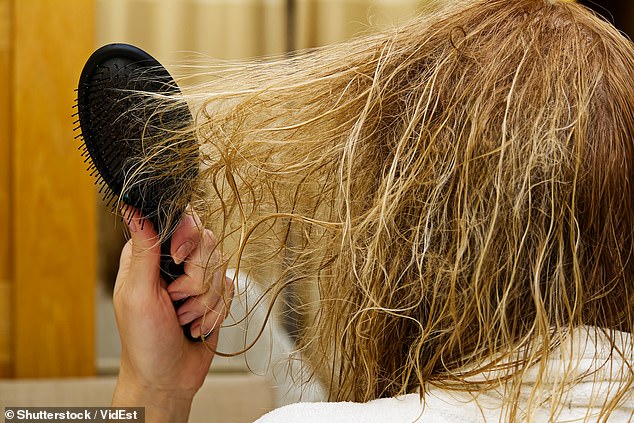 When an incorrect brushing strategy is used, the process can be very painful and damaging to the hair, and it can take a long time to remove all the tangles, the researchers warned

The mathematical principles of brushing, developed by Mahadevan and his team, were recently used by researchers at MIT to design algorithms for brushing hair by a robot.

The robot, dubbed ‘RoboWig’, is equipped with a camera that helps it ‘see’ and assess curliness, so it can plan a delicate and time-efficient brush-out.

‘By developing a model of tangled fibers, we understand from a model-based perspective how hairs must be entangled,’ says Josie Hughes, postdoc at MIT’s Computer Science and Artificial Intelligence Laboratory and lead author on a paper about RoboWig.

‘[Start] from the bottom and slowly working the way up to prevent ‘jamming’ of the fibers.

‘This is something everyone who has brushed hair has learned from experience, but is now something we can demonstrate through a model, and use to inform a robot.’

The robot has so far only been tested on wigs, to gain insight into how brushing techniques affect different hair styles and types.

However, The team wants to eventually perform more realistic experiments on humans, to better understand the performance of the robot with respect to their experience of pain.

WHY DOES HAIR GO GREY? 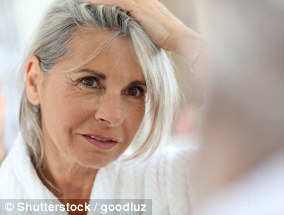 An international team of scientists, led by researchers from University College London, have identified a genetic link to grey hair.

They took blood from more than 6,000 men and women, extracted the DNA from the samples and read the genes and looked to see if people who had gone grey earlier were more likely to have a particular gene than others.

Their search turned up a gene for grey hair, named IRF4, which is involved in production of melanin – the pigment that gives hair its colour.

Some 15 per cent of Europeans have a version that means melanin production slows down or stops more quickly, meaning they go grey younger.

A separate gene, called GRID1 was linked to baldness, while a gene called FOX12 helps determine how bushy how thick someone’s eyebrows are.

In addition, they found that a version of another gene, called PAX3 gene, was related to having a monobrow.

The researchers, including the appropriately named Professor David Balding, now plan to learn more about just how the genes affect the colour, structure and presence of our hair, with a view to developing new treatments

A drug or shampoo that intervenes in the process would remove the need for women of a certain age to make repeated trips to the salon to have their roots touched up.