Facebook’s parent company Meta is understood to be planning the first release of its Star Trek-style smart glasses in 2024.

Founder Mark Zuckerberg has long spoken of his ambition to create a virtual world where humans can work, socialise and play, and his company’s much-anticipated AR glasses are just one part of this vision.

A former employee who has worked on the project said Zuckerberg wants the launch of the glasses to be Meta’s ‘iPhone moment’.

They wouldn’t need to be paired to an iPhone or Android phone to operate, meaning Meta could get out from under the thumb of Apple and Google, which together dictate the terms that apps such as Facebook have to abide by on mobile phones. 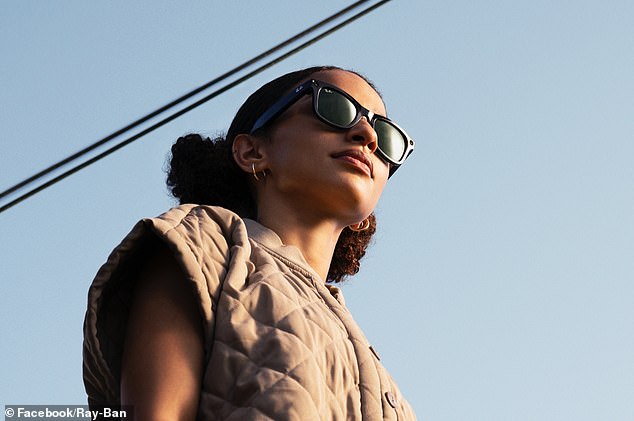 Facebook’s parent company Meta is understood to be planning the first release of its Star Trek-style smart glasses in 2024. The company has previously partnered with Ray-Ban to launch a range of smart glasses that feature two hidden cameras (pictured) 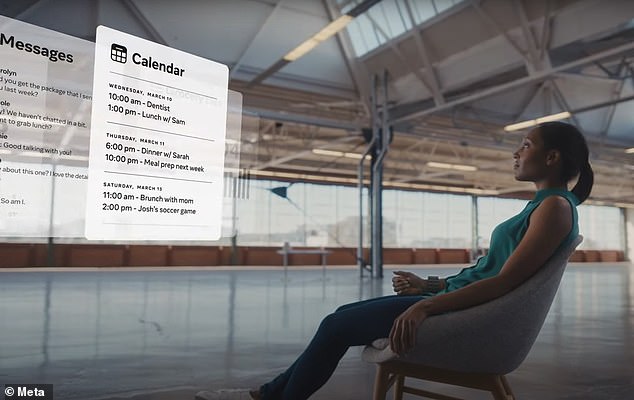 Founder Mark Zuckerberg has long spoken of his ambition to create a virtual world where humans can work, socialise and play, and his company’s much-anticipated AR glasses are just one part of this vision

What is the metaverse?

Meta reportedly wants to release several generations of AR glasses, with the first model to drop in 2024, followed by a lighter, more advanced design for 2026, and a third version in 2028.

Insiders who weren’t authorised to speak publicly told The Verge the venture was called Project Nazare.

‘Zuck’s ego is intertwined with [the glasses],’ one former employee said.

Meta does not yet have a working, wearable prototype of its AR glasses but instead has a stationary demonstration that sits on a table.

Despite this, and the fact that the avatar demonstrations during Zuckerberg’s previous Meta presentation weren’t based on any functioning hardware or software, the CEO reportedly wants the glasses to launch within two years.

He is ultimately betting that the metaverse, a futuristic idea of virtual environments where users can work, socialise and play, will be the successor to the internet.

Not only that, but the AR glasses — which bear a resemblance to the fictional high-tech visor worn by Geordi La Forge in TV’s Star Trek — are seen as a potential death knell to the smartphone.

That’s because Meta’s Nazare won’t need a connection to a smartphone but will instead hook up wirelessly to a phone-shaped device that will include computing elements.

It is understood that a cheaper device might also launch alongside Nazare called Hypernova, which will need a tether to a smartphone to display messages and notifications.

One of the key features will be the ability to communicate and interact with holograms of other people through the glasses, which Zuckerberg believes will, over time, provide people with a more immersive experience than video calls.

He also reportedly wants Nazare to offer a complete AR experience and rich 3D graphics, along with a large field of view and a ‘socially acceptable design’.

However, despite originally hoping for it to boast a 70-degree field of view — far wider than what’s currently on the market — that aim is reportedly unlikely to be met.

The current design, which at 100g weighs about four times as much as a typical pair of glasses, is said to ‘slightly resemble Superman’s black frames when he’s disguised as Clark Kent’.

Its current battery life is only four hours, and the glasses are intended to be used mostly indoors.

The first model will also feature eye-tracking movement, a front-facing camera and stereo speakers in the frame.

Ultimately Meta is said to want to pair the AR glasses with wearable devices that you put on your wrist, while the gadgets could also read a person’s mind, allowing them to type and perform other gestures that would otherwise require a smartphone display.

Meanwhile, Apple also happens to be working on such AR devices and plans to introduce mixed reality glasses late in 2022 or early next year.

Meta has already spent billions of dollars on developing its AR glasses but is understood to be anticipating modest sales of its first version, perhaps in the low tens of thousands.

Because the technology is so new it will mostly be aimed at developers.

A price point is also yet to be set, but it will be a lot more expensive than Meta’s $299 (£227) Quest VR headset because of how much the glasses cost to make.

It means Zuckerberg will likely have to subsidise the price of the glasses to encourage adoption.

Meta’s VP of AR, Alex Himel, has told employees that – together with Nazare, Hypernova, and future versions of the Ray-Ban camera-equipped glasses it recently introduced – the company hopes to be selling tens of millions of smart glasses towards the end of this decade.

Meta is building the ‘world’s fastest AI SUPERCOMPUTER’: Powerful device that will help Facebook transform into a ‘metaverse’ will be ready by mid-2022

Meta is building the ‘world’s fastest AI supercomputer’ to help Facebook in its transformation into a ‘metaverse’, it has announced today.

The new supercomputer, called the AI Research SuperCluster (RSC), will be the fastest supercomputer in the world when it’s fully built by mid 2022, according to the tech giant.

RSC will pave the way toward building technology for ‘the next major computing platform’ – the metaverse.

Facebook (the company, not the product) renamed itself Meta in October, as part of its long-term project to turn its social media platform into a metaverse.

In the future, the social media platform will be accessible within the metaverse using virtual reality (VR) and augmented reality (AR) headsets and smart glasses.

According to Meta, RSC will help its researchers build better AI models that can work across hundreds of different languages, develop new AR tools and seamlessly analyse text, images and video simultaneously.

This could enable new AI systems that can power real-time voice translations to large groups of people in the metaverse, each speaking a different language, so they can seamlessly collaborate on a research project or play an AR game together.