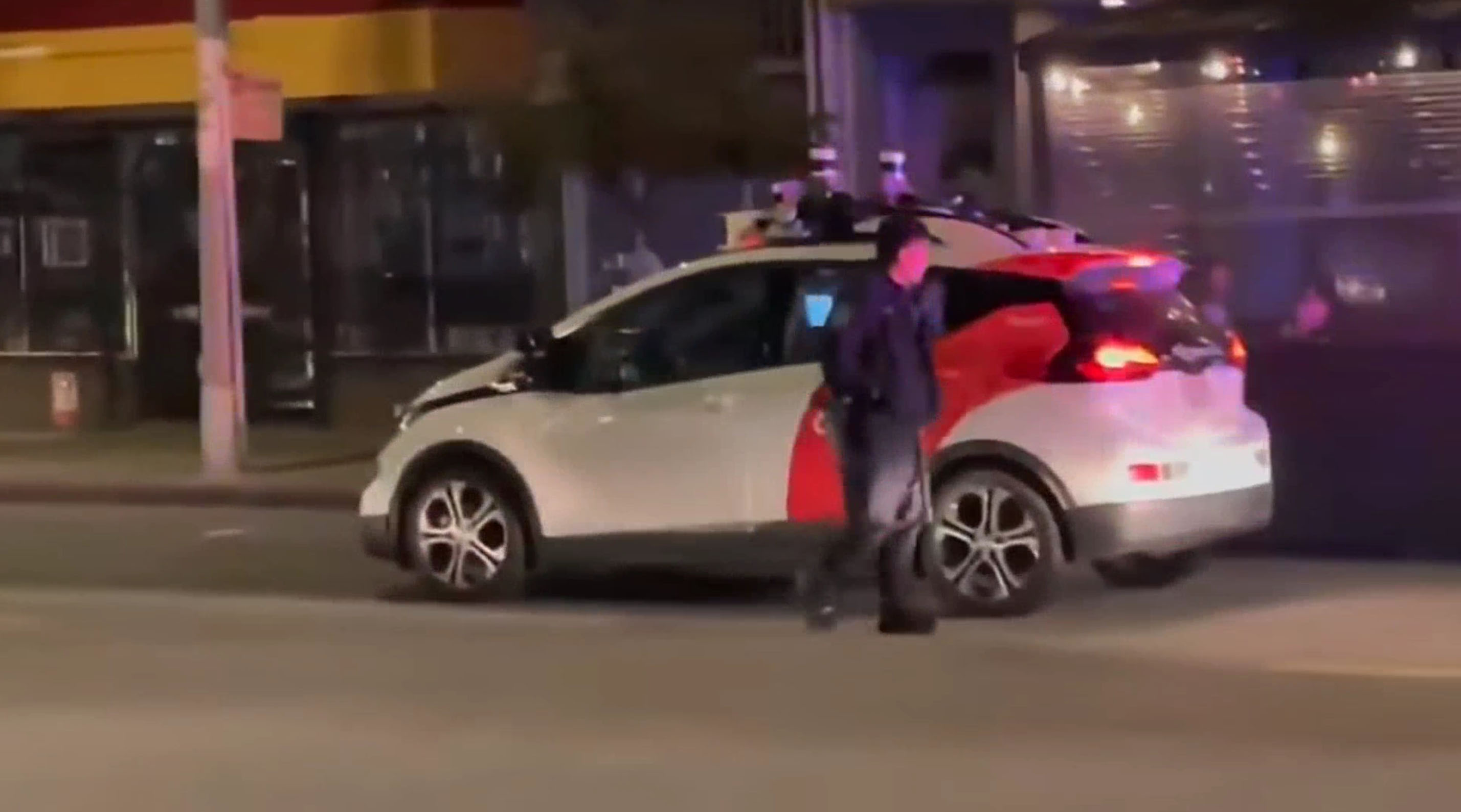 Cops in San Francisco were baffled when they tried to pull over a car and found no one in the drivers’ seat.

The video then shows the officers walking around the driverless vehicle, trying to open its doors with no luck.

When the police try to stop it, the Chevy Bolt takes off seemingly for a quick getaway but parks a few meters away after the next intersection with its hazard lights on.

The police officers pull up behind the driverless taxi and presumably try to figure out how to turn its headlights back on.

A spokesperson for Cruise confirmed that the SFPD pulled over the vehicle for not having its headlights on and that the issue had since been fixed.

‘We work closely with the SFPD on how to interact with our vehicles, including a dedicated phone number for them to call in situations like this,’ the company said.

While this encounter serves as a starting point for how law enforcement should deal with these driverless cars.