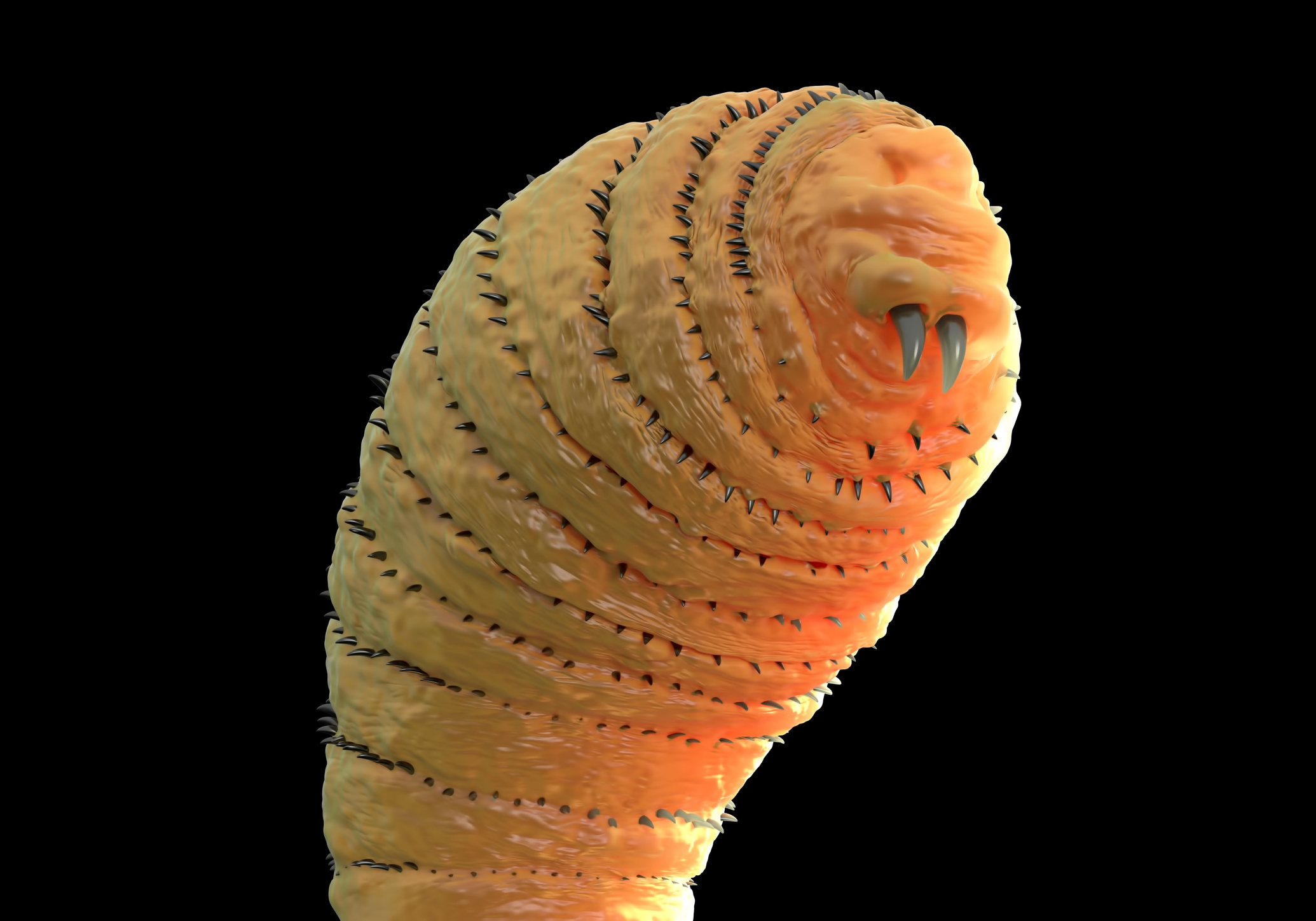 Doctors had to used forceps to physically remove more than a dozen fly larvae from a man’s eye.

The 53-year-old patient had admitted himself to a hospital in France, complaining of an itching right eye that had persisted for several hours.

According to a report that appeared in the New England Journal of Medicine, the man told doctors he had been gardening near a horse and sheep farm earlier in the day when he felt something enter his eye.

An eye exam showed ‘more than a dozen mobile, translucent larvae’ squirming around on his cornea – the transparent outer covering at the front of the eye.

They also found them inside his conjunctiva, the membrane lining the eyelid and white parts of the eye. The doctors were able to identify the creatures as Oestrus ovis (also known as the sheep bot fly) larvae.

These flies can cause parastic infestations around the world and the best guess is that one of these flies flew into the man’s eye and deposited its larvae there.

At any rate, the man was diagnosed with external ophthalmomyiasis, or as the doctors from the University Hospital of Saint-Etienne wrote in the report: ‘an infestation of the outer structures of the eye by fly larvae.’

If that’s not enough to make you shudder, then unfortunately it appears the only way to remove them is to physically pluck them out of the eye with a pair of forceps.

That’s because the creatures have ‘oral hooks’ used to cling on to the cornea. And, if left untreated, could cause abrasions that may become quite serious.

Thankfully, the doctors were able to remove all of the larvae from the man’s eye and, at a follow-up appointment 10 days later, he had completely recovered.

We imagine he may be a little more cautious when it comes to gardening near that sheep farm in future. Perhaps he decided to invest in a pair of gardening safety goggles.