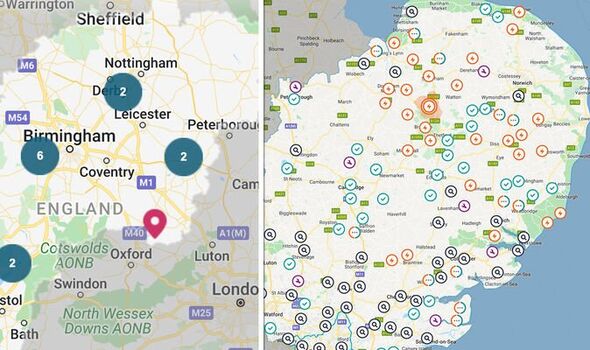 Nearly a dozen regions across the UK are currently suffering from an ongoing power outage, as seen on a UK Power Networks map that details the postcodes affected by the cuts. More than half are in Essex, while Peterborough, Norfolk and East Sussex are greatly impacted, too.

What is happening where you live? Find out by adding your postcode or visit InYourArea

The risk of power cuts increased over the last winter, with National Grid warning in October 2021 it was concerned factories and homes could struggle through the cold months.

The Grid’s annual assessment of Britain’s resilience to disruption to electricity supplies showed the amount of reserve electricity supply that could be called upon was expected to be 6.6 percent of demand but could fall as low as 4.2 percent.

While it said it believed there was enough slack in the system to avoid blackouts, conditions had worsened since an earlier prediction in July.

Last week, a major power failure across east London caused havoc in Canary Wharf’s offices amid reports there had not been a cut as severe in about two decades.