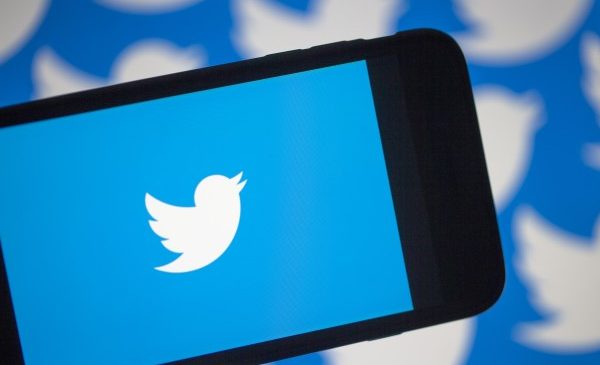 It’s one of the most viscerally upsetting things that can happen to you on Twitter – apart from maybe crypto bros and neo-Nazis – realising the viral tweet you sent out earlier had a typo in it.

You rush to delete it before seeing that it’s already amassed a few hundred likes and retweets, and you’re left to make an impossible choice: do I delete it now and deny myself all that sweet, sweet internet approval?

Or do I let it stand and expose myself to the world as an idiot who doesn’t know the difference between ‘there’ and ‘they’re’?

It’s little surprise then that Twitter users have been asking for an edit button for quite some time, to ensure that they’ll never again have to repost a tweet because they accidentally called Kanye West a ‘ducking idiot’.

Their prayers were finally answered last week, when the platform announced that it has been working on an edit function for the past year, after newly minted largest shareholder Elon Musk ran a poll on his account asking his followers if that was something they’d be interested in.

Many, myself included, have questioned the wisdom of implementing a function that would allow users to alter past tweets on a platform already rife with misinformation.

The new feature’s reveal was tinged with ambiguity: users were sceptical of Twitter’s claim that the change hadn’t been prompted by Musk’s poll, further complicated by the fact the announcement came on April Fool’s Day, leading many to wonder whether the edit button was in fact just a massive joke.

For a change that has prompted concerns about increasing the ability to lie on the internet, it wasn’t a particularly auspicious start.

If the past few tumultuous years have taught us anything, it’s that social media is plagued by bad-faith actors and propaganda.

Twitter, as a platform designed to deliver a constant flow of lightning-fast takes and talking points, is no exception to this.

It only takes minutes for somebody with an agenda to create an anonymous account, comment ‘actually I heard the opposite of this is true’ under whatever information doesn’t line up with their prejudices, and wait for some poor trusting soul to take their hastily-tweeted conspiracy as gospel.

For me, the main danger of an edit function is that somebody could tweet out something innocuous, have it go viral, and then change it to some form of misinformation or hate speech that can reach an audience far beyond what it normally would.

Imagine if, at the height of the pandemic, people had used this method to push anti-vaccine propaganda – leading to sensible people inadvertently sharing misinformation.

Suddenly your less tech-savvy aunt sees that you’ve retweeted the phrase ‘Dr Fauci invented Pfizer to make you sterile’ – at best she thinks her nephew has gone off the deep end, and at worst she’s rethinking her attitude towards conventional medicine at the worst possible time.

As a former teacher, I’m well aware of how careful some people need to be about their social media use, and how misunderstandings can snowball into a sackable offence.

I don’t want to find myself commenting ‘hard agree’ under a tweet that once said ‘doughnuts are better than bagels’ but now reads ‘I think 10-year-olds should be forcibly conscripted into military service.’

If the past few tumultuous years have taught us anything, it’s that social media is plagued by bad-faith actors and propaganda

Jay Sullivan, Twitter’s vice president of consumer product, acknowledged that without ‘time limits, controls, and transparency about what has been edited, Edit could be misused to alter the record of the public conversation,’ and while that’s certainly encouraging, I think it ignores the core nature of Twitter as a platform.

Maybe they’ll implement an ‘edit history’ function similar to Facebook, which allows users to track any changes made to posts after the fact, but Twitter is a different platform, with a far different approach to consumption of information.

In my experience, people aren’t there to do their due diligence; they’re there to scroll through 50 variations of the same joke and then contribute their own, even worse version.

As sceptical as I am about the edit button, there are still things Twitter could do to lessen the impact of it being abused.

They could ensure that a tweet can’t be edited after it receives a certain number of likes or impressions, to prevent people from capitalising on a tweet’s popularity.

They could make it impossible to edit a tweet after more than a few minutes, hours or days. They could restrict edits to people with verified accounts to try and increase accountability (I’m sure that would go down well among those of us not lucky enough to be blessed with the blue tick).

But with trolls and propagandists already managing to cause enough havoc under the current system, is it crazy to suggest that they might do even more damage with that extra bit of leeway, no matter how many safeguards are in place?

Toxicity is endemic to social media, and without strict reforms that seems unlikely to change.

Such reforms are complex and controversial, so it’s unlikely that we’ll see them any time soon, but I don’t think we’re going to be better served prioritising a product change that could make things worse.

Maybe you’re too clever to be tricked by a sneaky edit – maybe the fake news and abuse endemic on Twitter washes over you like a mild breeze.

If so, good for you.

But many aren’t so lucky, we know that people are vulnerable to misinformation – and if Twitter makes it easier to exploit that vulnerability, we may find it’s one mistake we can’t take back.