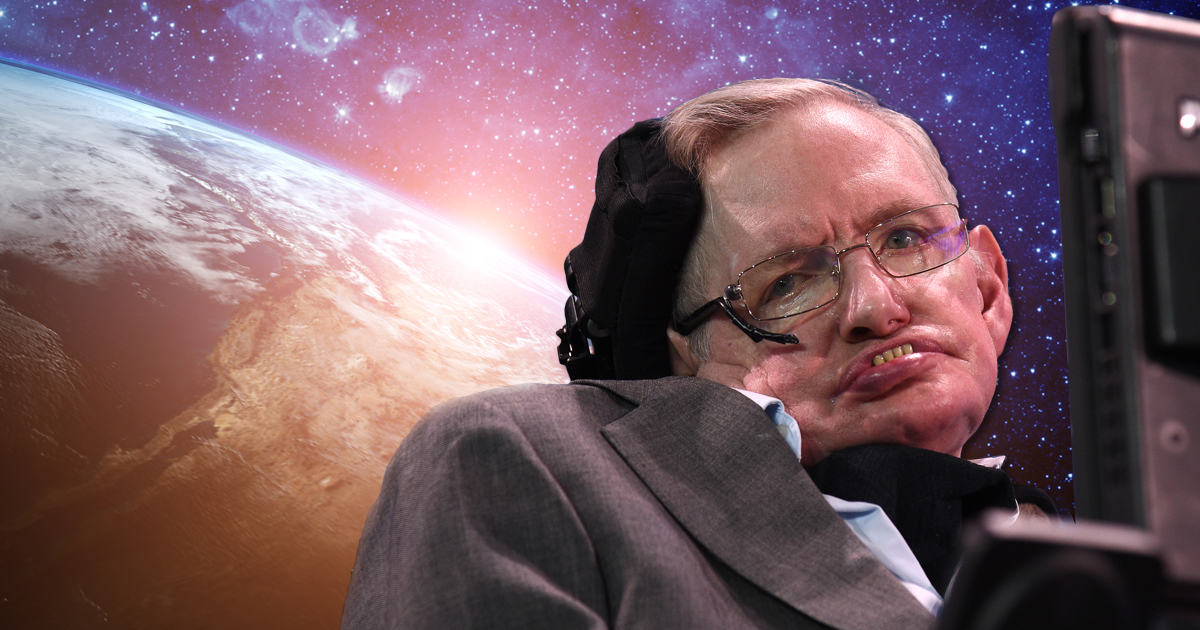 A group of scientists want to embark on a new project to try and contact extraterrestrial life.

The project consists of an updated message that will be beamed out into the cosmos in the hope of being picked up by alien receivers.

It’s called the ‘Beacon in the Galaxy’ and is an update to the original Arecibo message that was transmitted back in 1974.

This new message will be packed with details about our planet – including its location within the Milky Way.

Which is something famed physicist Stephen Hawking always cautioned against blithely sending out into space.

Before his death, Hawking said: ‘If you look at history, contact between humans and less intelligent organisms have often been disastrous from their point of view, and encounters between civilisations with advanced versus primitive technologies have gone badly for the less advanced.’

His warning, issued in 2015, was in response to the $100 million Breakthrough Listen project – which also involved looking for alien life in space.

But the Beacon in the Galaxy contains much more than just the location of Earth for any aliens wanting to pay us a visit.

It will also include a map of our planet, information on the chemical makeup of humans and images of a naked man and a naked women.

That’s right, we could be sending unsolicited nudes out into the vastness of intergalactic space.

‘The proposed message includes basic mathematical and physical concepts to establish a universal means of communication followed by information on the biochemical composition of life on Earth, the Solar System’s time-stamped position in the Milky Way relative to known globular clusters, as well as digitized depictions of the Solar System, and Earth’s surface,’ wrote Jonathan Jiang, a scientist at Nasa’s Jet Propulsion Laboratory, in a study explaining the idea.

Jiang and his colleagues have published the study on the preprint site arXiv while it is waiting to be peer-reviewed.

‘The message concludes with digitized images of the human form, along with an invitation for any receiving intelligences to respond.’

According to the team, the message will be sent as a beamed radio wave from radio telescopes in China and California after they’ve been modified to send it.

The team is fixing to send the message to a point 13,000 light years from the galactic centre of the Milky Way. An area, the scientists say, which ‘has been proposed as the most likely for life to have developed’.

As for whether or not they should contact aliens, the scientists give their reasoning that any aliens that have gotten far enough along in evolution would know the importance of peace.

Or, as they put it: ‘The arguments against the continuation of communication have been explored and stated on the record: would the ETI [extra-terrestrial intelligence] be peaceful and even if they are, would human nature mean that war with ETI is inevitable, possibly causing the extinction of another sentient race?’

‘However, logic suggests a species which has reached sufficient complexity to achieve communication through the cosmos would also very likely have attained high levels of cooperation amongst themselves and thus will know the importance of peace and collaboration.’

Jiang and the other scientists say that a public discussion is ultimately required so that we can reach a “maximally-informed consensus” on whether or not we should be sending party invites out to any aliens that happen to be listening.