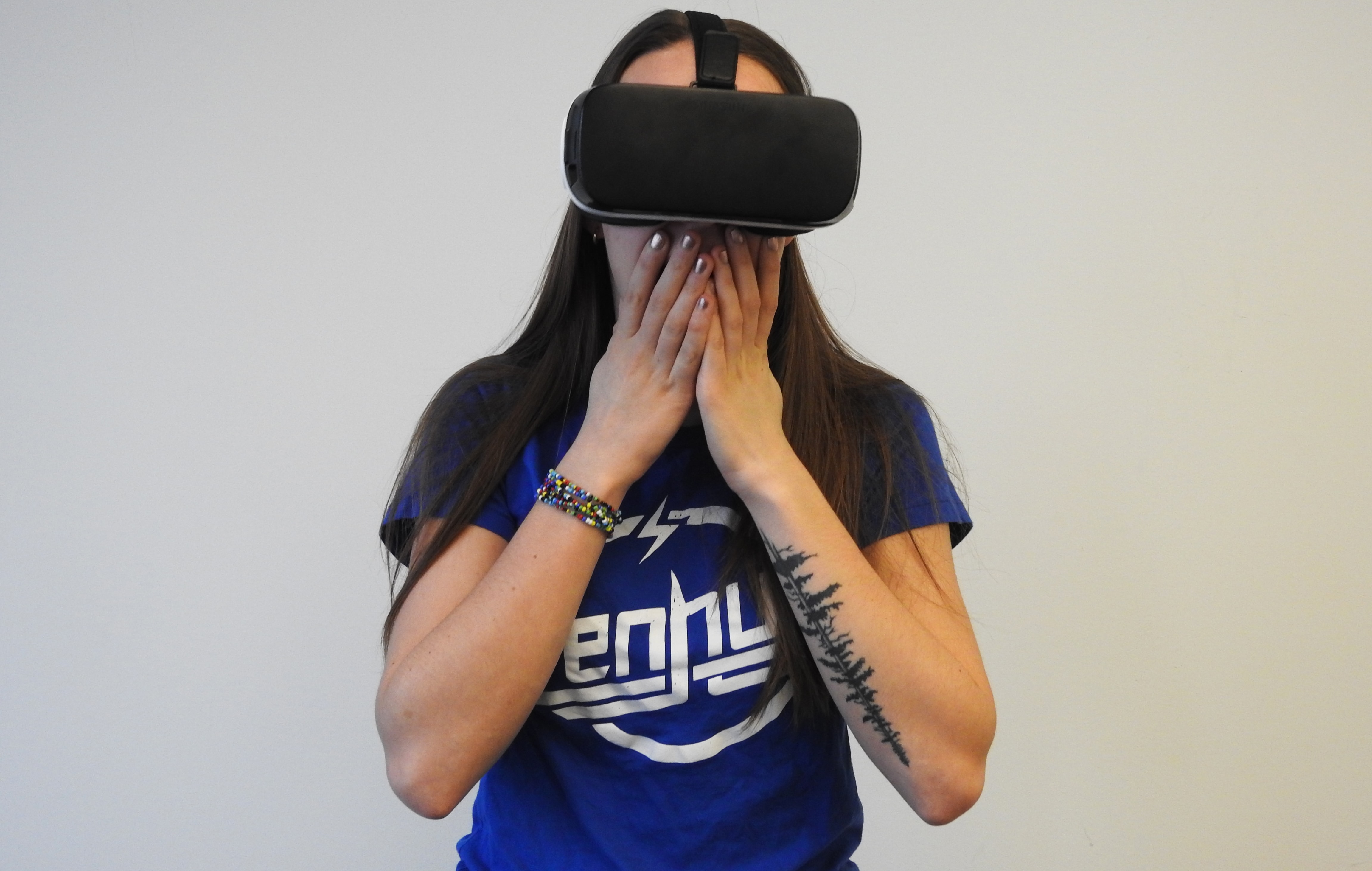 People who are scared of leaving their homes have been able to step outside thanks virtual reality (VR) therapy.

The technology has been used to provide psychological therapy, taking away the need for a real-life therapist, according to researchers.

The VR therapy takes patients on virtual visits outside the home, allowing them to experience interacting with others, and take part in everyday scenarios like buying a coffee or visiting a doctor.

The gameChange virtual reality program targets a problem that is common in people diagnosed with psychosis – intense fears about being outside in everyday situations.

For many patients, these fears develop into a severe agoraphobia, which means they avoid leaving the home, something that affects relationships with family and friends, their education and careers.

The therapy is designed to treat this condition, and take them from a housebound existence to life back in the world outside.

It is an anxiety disorder characterised by a specific fear of particular places and situations that makes a person feels anxious, such as open spaces, crowded places and places from which escape seems difficult.

This was the largest clinical trial of VR for mental health, which included patients with psychosis from Newcastle.

According to the study, the biggest benefits were experienced by those with the most challenging psychological problems. The automated therapy was found to work well for patients diagnosed with psychosis.

‘After seven years of illness, I do feel so much better. I’ve been able to make eye contact with people more, without feeling really anxious, I’ve been able to walk down a street without worrying about anyone walking towards me,’ said one patient from the trial.

‘Over the past 25 years VR has been used in a small number of specialist mental healthcare clinics. It has supported in-person therapy delivered by a clinician,’ said Professor Daniel Freeman, lead researcher at the department of psychiatry at the University of Oxford and NIHR Senior Investigator, said.

‘However, with gameChange, the therapy is built in, so it can be overseen by a range of staff. And it can be delivered in a variety of settings, including patients’ homes,’ he said.

Researchers found the technology led to significant reductions in the avoidance of everyday situations, helping individuals who were largely housebound to go back outside.

The patients who benefited most were those who found it hardest to leave the house, and those with most psychiatric symptoms, such as severe anxiety, depression, delusions, and hallucinations.

The study found that after the therapy these patients were able to take part in activities they had previously found unthinkable.

A shortage of clinicians has meant that access to effective psychological therapies has been limited but automated VR, with an in-built virtual coach, offers a solution to this problem.