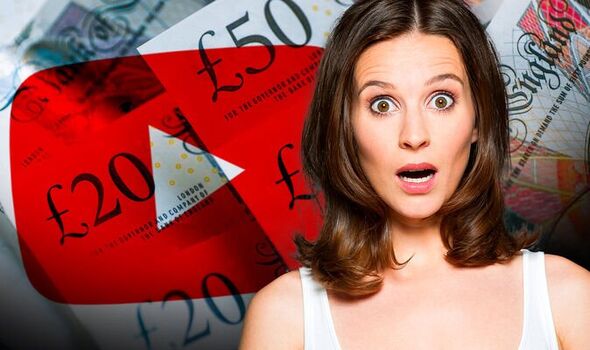 YouTube superstars are warning viewers about a widespread new scam. Marques Brownlee highlighted the trick in a new video, dubbed YouTube Needs To Fix This, however, fellow stars Jacksepticeye and LinusTechTips have also openly discussed the problem. Combined, these creators reach 58.2 million subscribers around the world and have earned billions of views on their content.

The scam sees bad actors flood the comments section with messages designed to trick people into clicking on a link to leave YouTube. In his video, Marques Brownlee mentions that some of the comments that have plagued his videos promised viewers a giveaway of gadgets. Marques has previously launched competitions in his videos, so it’s not inconceivable that viewers could have a chance to win huge bundles of smartphones, consoles, and tablets.

And that’s what makes this so-called “comment spam” so troubling – it’s tailored based on the content in the video. That makes it harder for viewers to distinguish as a trick. Worse still, the bad actors behind the scam create endless accounts to click on the Like button on these messages, use the YouTube star’s photo as profile pictures – to make it seem as if the creator is behind the message, and reply to genuine comments from real viewers to simulate a conversation.

“Congratulations you have been selected amongst our shortlisted winners. A direct message,” one example shown in the video reads, pasted below the most popular comments from viewers to tempt them into sending a private message to the scam account, where they’ll be asked to transfer money.

According to Marques, the goal is always to get the viewer off YouTube and onto a Telegram or WhatsApp message conversation as quickly as possible. The YouTube superstar says he receives a dozen emails every day from loyal viewers who have fallen for these spam messages and transferred money to contribute to the shipment for their prizes. Money is usually sent via PayPal and can cost as much as $100 – $200, some £75 – £150.

The scale of this comment spam is troubling. Out of 6,000 comments left on a recent video by Marques Brownlee, who uses the moniker MKBHD for his immensely-popular YouTube channel, an astonishing 1,719 were scam messages left by bad actors.

While YouTube does offer tools for creators to delete and report scam comments, the dizzying number of accounts used by bad actors makes this ineffective. While it’s possible to remove a single account from the comments section, since the 1,719 comments have been posted by more than 40 different accounts …it could take hours to clean-up the comments under a single video. Marques Brownlee has uploaded more than 1,200 videos to his account.

And he is just one of a number of high-profile YouTubers who has been flooded with this comment spam attack.

YouTube does allow content creators to list a number of words that, when included in a comment, will be automatically blocked. However, the bad actors behind the comment spam trend have already adapted to this – and have started to include as much key information as possible in the username for the account.

One example shown in the video is an account called “Telegram @marquesbrownlee04”, with the subsequent comments all using an emoji with a finger pointing up to direct users to the Telegram account they need to contact to supposedly arrange shipment for their prizes.

So, what’s the solution? Well, Marques Brownlee would like to see YouTube automatically block users from using the name of an existing creator – or their image – when setting up a new account on the video-sharing platform. That would stop comment spam from impersonating him, which should make it less enticing for viewers to click on the comments since it won’t look like it’s affiliated with the video they’ve been watching.

In a final warning to his viewers, Marques says: “Myself, and other creators, will never ask you for money or for a shipping address, or to DM [direct message] us on Telegram. And if we do have a giveaway going on, we have verified accounts and we’ll never message you from any other account. So, if you click on an account and it doesn’t go to our [YouTube] channel, that’s a pretty good sign.”

EE has a stellar SIM-only deal for anyone who is happy with their current smartphone or has bought a new handset SIM-free. With 160GB of 5G mobile data each month, you’re unlikely to ever run out of speedy data. You’ll also enjoy unlimited minutes and text messages. And you’ll benefit from EE’s unmatched, award-winning coverage and speeds in the UK