Meta has admitted that a Facebook bug led to a ‘surge of misinformation’ and other harmful content appearing in users’ News Feeds between October and March.

According to an internal document, engineers at Mark Zuckerberg’s firm failed to suppress posts from ‘repeat misinformation offenders’ for almost six months.

During the period, Facebook systems also likely failed to properly demote nudity, violence and Russian state media during the war on Ukraine, the document said. 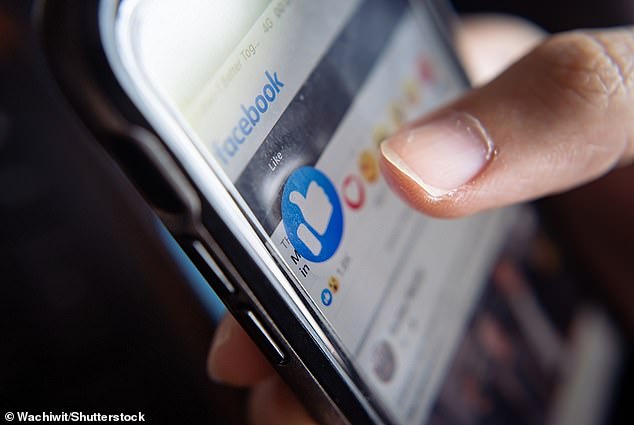 Engineers at Meta (the company headed by Mark Zuckerberg that owns Facebook) failed to suppress posts from ‘repeat misinformation offenders’ for six months.

During the period, Facebook systems likely failed to properly demote nudity, violence and Russian state media during the war on Ukraine, the document said.

Meta renamed itself in October, as part of its long-term project to turn its social media platform into a metaverse – a collective virtual shared space featuring avatars of real people.

MailOnline has contacted Meta for comment, although the firm reportedly confirmed the six-month long bug to the Verge.

This was only after the Verge obtained the internal Meta document, which was shared inside the company last week.

‘We traced the root cause to a software bug and applied needed fixes. [The bug] has not had any meaningful, long-term impact on our metrics.’

‘Instead of suppressing posts from repeat misinformation offenders that were reviewed by the company’s network of outside fact-checkers, the News Feed was instead giving the posts distribution,’ the Verge reports.

Facebook accounts that had been designated as repeat ‘misinformation offenders’ saw their views spike by as much as 30 per cent.

Imposters were able to get details like physical addresses or phone numbers in response to falsified ’emergency data requests’, which can slip past privacy barriers, said the source who requested anonymity.

Apple and Meta did not officially confirm the incidents, but provided statements citing their policies in handling information demands.

Unable to find the cause, Meta engineers had to just watch the surge subside a few weeks later and then flare up repeatedly over the next six months.

The issue was finally fixed three weeks ago, on March 11, according to the internal document.

Meta said the bug didn’t impact the company’s ability to delete content that violated its rules.

According to Sahar Massachi, a former member of Facebook’s Civic Integrity team, Meta’s issue just highlights why more transparency is needed in internet platforms and the algorithms they use.

‘In a large complex system like this, bugs are inevitable and understandable,’ he said.

‘But what happens when a powerful social platform has one of these accidental faults? How would we even know?

‘We need real transparency to build a sustainable system of accountability, so we can help them catch these problems quickly.’

Last May, Meta (known then as Facebook) said it would take stronger action against repeat misinformation offenders, in the form of penalties such as account restrictions.

‘Whether it’s false or misleading content about Covid-19 and vaccines, climate change, elections, or other topics, we’re making sure fewer people see misinformation on our apps,’ the firm said in a blog post. 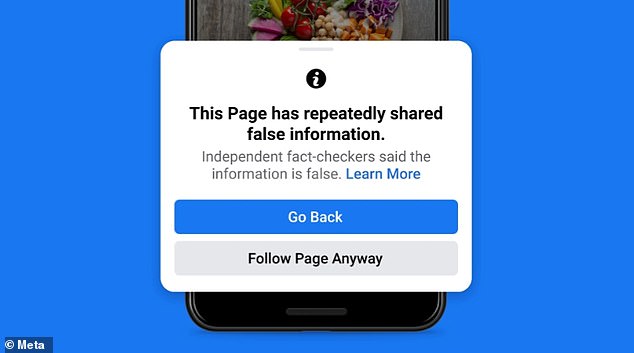 Meta renamed itself in October, as part of its long-term project to turn its social media platform into a metaverse – a collective virtual shared space featuring avatars of real people.

In the future, the social media platform will be accessible within the metaverse using virtual reality (VR) and augmented reality (AR) headsets and smart glasses.

THE FACEBOOK ‘METAVERSE’: A VIRTUAL WORLD WITHIN A WORLD

In a recent interview, Mark Zuckerberg said that over the next five years, he wants people to think of Facebook not as a social media company, but a ‘metaverse’ company.

That is one that is akin to a virtual environment where people can work and play for most of their 24 hours without leaving their home.

‘And my hope, if we do this well, I think over the next five years or so, in this next chapter of our company, I think we will effectively transition from people seeing us as primarily being a social media company to being a metaverse company,’ Zuckerberg said in the interview with The Verge.

‘And obviously, all of the work that we’re doing across the apps that people use today contribute directly to this vision in terms of building community and creators.

‘But this is something that I’m spending a lot of time on, thinking a lot about, we’re working on a ton. And I think it’s just a big part of the next chapter for the work that we’re going to do in the whole industry.’

So what exactly is the metaverse?

As Zuckerberg describes it, it’s a ‘vision’ that spans the entire tech industry, calling it the successor to the mobile internet.

‘But you can think about the metaverse as an embodied internet, where instead of just viewing content — you are in it,’ he continued.

‘And you feel present with other people as if you were in other places, having different experiences that you couldn’t necessarily do on a 2D app or webpage, like dancing, for example, or different types of fitness.’

The Facebook CEO says his vision – which he has been working on for several months – would not only reach into virtual reality, but augmented reality, computers, mobile devices and game consoles as well.