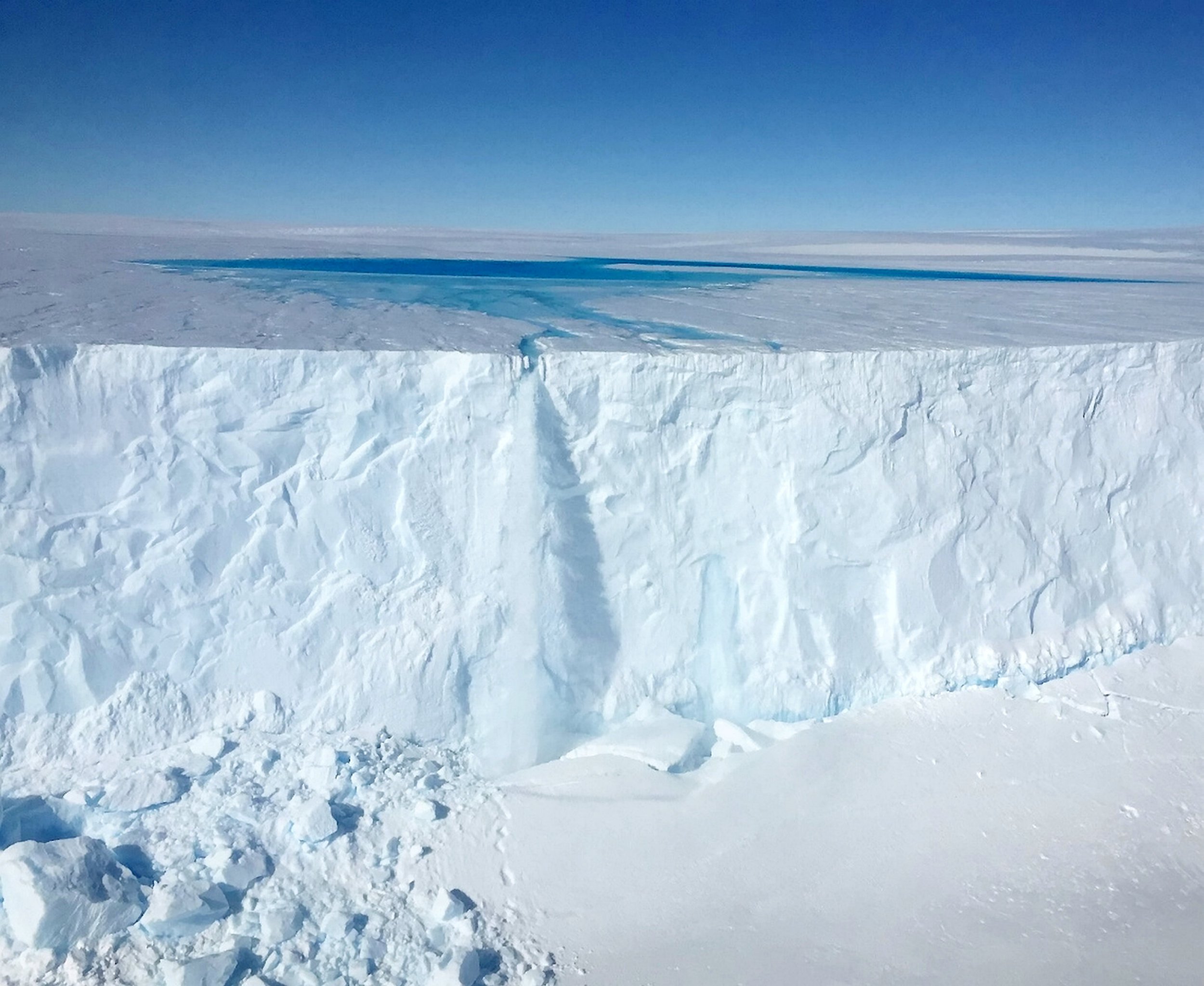 The world’s largest ice sheet could be facing collapse after giant lakes were discovered forming amid warmer temperatures.

Changes in the size and depth of lakes around the East Antarctic Ice Sheet may be a sign some ice shelves are on the point of shattering, say scientists.

The Ice Sheet is the biggest in the world and holds enough water to raise global sea levels by around 170 feet [52 metres].

Giant lakes have been forming on the ice’s surface during the warmer months every year, but how these have changed over time has largely remained a mystery.

Now scientists have documented how these so-called supraglacial lakes have evolved over the past decade and found there is cause for concern.

Lead author Jennifer Arthur, a doctoral student at Durham University, said: ‘We knew that supraglacial lakes were more extensive than previously thought around the East Antarctic Ice Sheet, but until now only had snapshots of these in some years.

‘Our study reveals these lakes change in scale far more than we originally suspected.

‘We were surprised at how much lakes can change year-to-year between ice shelves.’

More than 2,000 images from around the edge of the East Antarctic Ice Sheet, taken by the Landsat 8 satellite were analysed by the researchers.

The pictures were taken over seven years between 2014 and 2020 to determine the size and volume of lakes on the ice surface.

Overall, the lake’s volume varied by around 72 per cent, but this rose to 200 per cent on certain ice shelves, the researchers found.

Lakes were also found to be deeper and larger during the warmer seasons, with new ones forming on potentially vulnerable ice shelves – large floating platforms of ice.

Ms Arthur said: ‘We explored the potential reasons for this and found that warmer summer air temperatures in Antarctica correlated with more extensive lakes.

‘Due to climate change, air temperatures in Antarctica will continue to rise and our study suggests that this will lead to an increase in the number and volume of supraglacial lakes, which will in turn put some East Antarctic ice shelves at risk of meltwater-driven collapse.’

Melting around the edge of the East Antarctic Ice Sheet means ice further inland flows faster into the ocean, which increases the sea level.

Global sea levels have risen by between eight and nine inches since 1880, with a third of the increase coming in the past two and half decades.

The findings could help experts identify which ice shelves in the region are most at risk of collapse.

They will also improve the accuracy of regional climate models which are being used to predict how ice sheets in Antarctica will change in the future.

The findings were published in the journal Nature Communications.