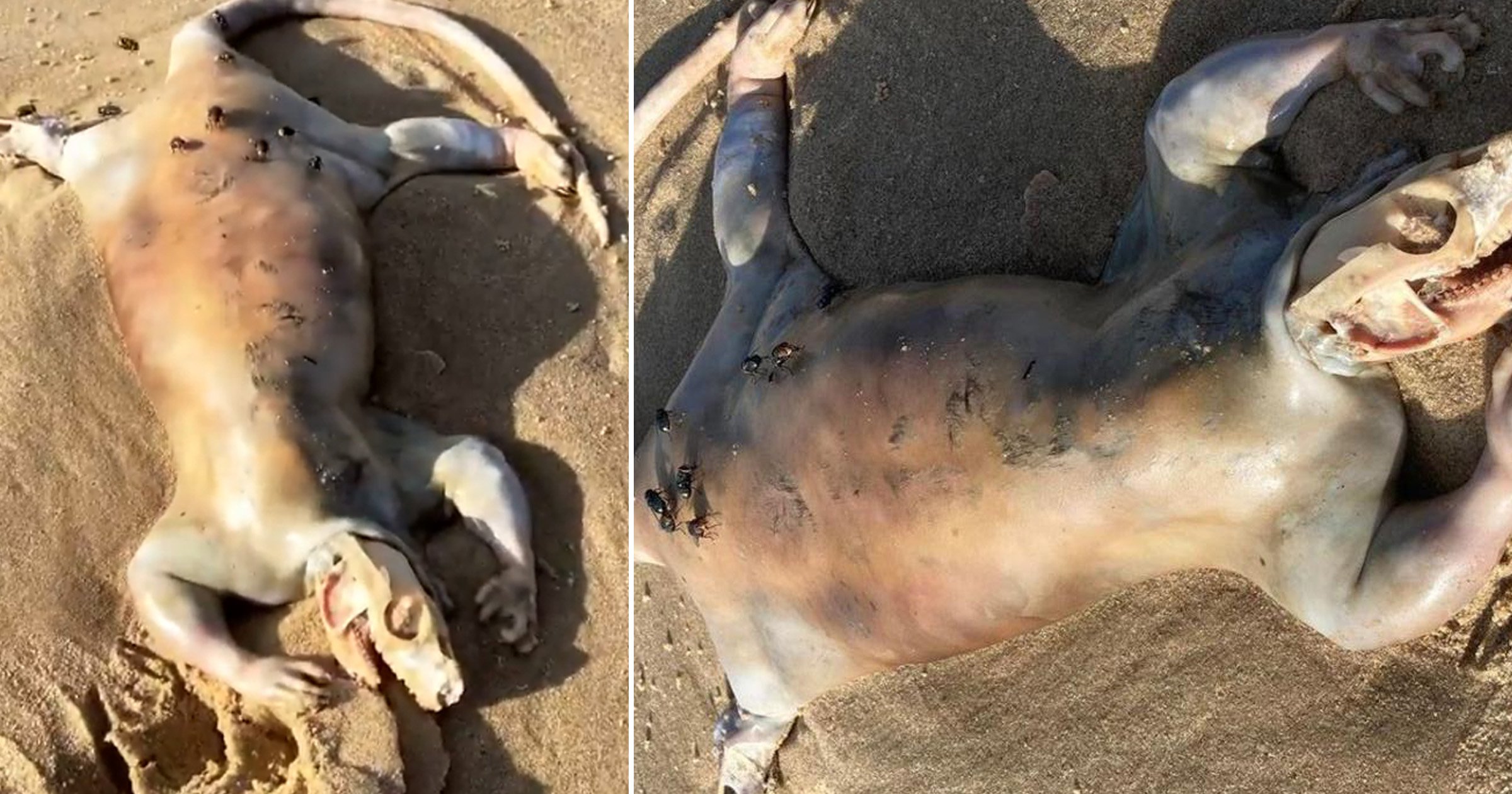 The remains of an unknown creature washed up on a beach in Queensland this week, prompting the internet to puzzle over what it could be.

Dubbed as an ‘extraterrestrial’ by the person that found it, the body has a reptilian-like skull, claws and flabby limbs that look like they belong to a mammal.

The body was discovered on the shore of Maroochydore beach in Queensland by local Alex Tan during his morning walk.

He recorded a video of the beast and uploaded it to social media, where comments began to pour in over what it could be.

‘This is like one of those things you see when people claim they’ve found aliens.’

‘It looks like a de-haired possum, but different to anything I’ve seen,’ Alex continued before labelling it ‘extraterrestrial’.

Despite the strange appearance, it’s unlikely this is the corpse of a creature that came from the stars. Instead, it could be the remains of one of Australia’s native creatures.

Some have suggested it could have been a joey – a baby kangeroo – or a wallaby because of its small size.

This isn’t the first time an Australian beach has received alien-like visitors. In 2018, thousands of translucent creatures washed up on a beach in New South Wales.