Apple could start selling iPhones and iPads as part of a SUBSCRIPTION service from 2023, report claims

They’re some of the most popular smartphones around the world, and if you’re planning to buy a new iPhone next year, it could be part of a subscription service.

A new report from Bloomberg claims that Apple is working on selling iPhones and iPads as part of a hardware subscription service.

If the report is correct, iPhone and iPad users could be given the option to upgrade to new models every year as they’re released at little or no extra cost.

The service will make device ownership ‘similar to paying a monthly app fee,’ according to Bloomberg. 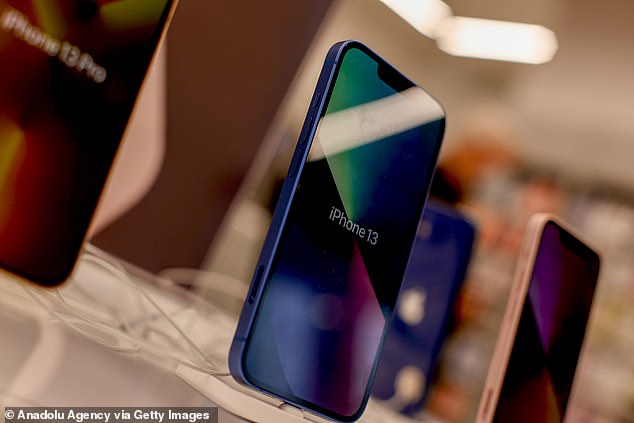 They’re some of the most popular smartphones around the world, and if you’re planning to buy a new iPhone next year, it could be part of a subscription service

How to unlock your iPhone with a mask

In the report, Bloomberg wrote: ‘The service would be Apple’s biggest push yet into automatically recurring sales, allowing users to subscribe to hardware for the first time – rather than just digital services.

‘But the project is still in development, said the people, who asked not to be identified because the initiative hasn’t been announced.’

The monthly charge won’t simply be the price of the iPhone divided by 12 or 24 months, according to the report.

Instead, it claims it will be a still-undetermined monthly cost, with the option to upgrade to new models as they’re released.

Like Apple’s other subscriptions, this charge will be tied to a user’s existing Apple ID account, with the option to bundle in other services such as AppleCare or Apple One, the report added.

‘Apple has been working on the subscription program for several months, but the project was recently put on the back burner in an effort to launch a “buy now, pay later” service more quickly,’ it said.

‘Nonetheless, the subscription service is still expected to launch at the end of 2022, but could be delayed into 2023 or end up getting cancelled, the people said.’

The report comes shortly after Apple finally rolled out its much-anticipated iOS 15.4 update, allowing iPhone users to unlock their smartphone while wearing a mask.

Apple has finally rolled out its much-anticipated iOS 15.4 update, allowing iPhone users to unlock their smartphone while wearing a mask

The update includes 37 new emoji, including a pregnant man, a motorcycle tyre, a slide, a disco ball, a troll with a club, coral, kidney beans and a low battery.

There’s also a new ‘gender neutral’ voice for its smart assistant Siri, called Quinn, recorded by a member of the LGBTQ+ community.

‘iOS 15.4 offers the ability to use Face ID while wearing a mask, a new Siri voice option, expanded language support for Visual Lookup, new emoji, and much more,’ Apple said.