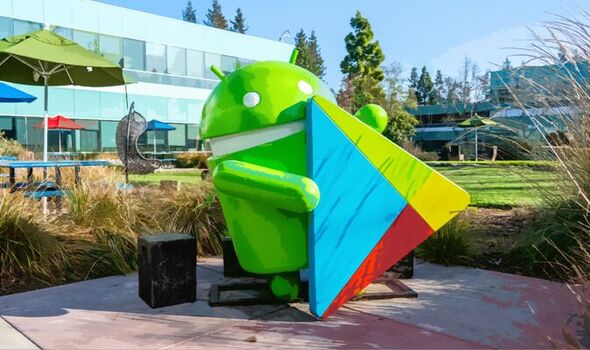 Android enthusiasts should clear their diaries between May 11 – 12, 2022. That’s when Google will hold its latest developer conference, known as Google IO, where the Californian technology firm will offer a sneak peek at the latest features coming to Android users across the globe later in the year. Not only that, but execs also occasionally use the Google IO keynote to reveal new hardware, including the first-generation Google Home and the Pixel 3a and 3a XL, new functionality for the Google Assistant, Google Photos, and more.

Google IO will be held at the Shoreline Amphitheater in Mountain View, California. This will be the first time the event has taken place at the open-air theatre since 2019. Due to the Covid-19 pandemic, Google cancelled its developer conference entirely in early 2020, with a smaller-scale version of the event returning virtually last year. For the first time in three years, Google will invite a live audience… albeit a limited one.

Whispers suggest it could be a packed Google IO. As always, the event is designed for developers working on the next-generation of apps for Android, ChromeOS and other Google products. However, the company uses its opening keynote to unveil a number of consumer-focused announcements. This is almost-guaranteed to include the next major iteration of Android, dubbed Android 13 (codenamed Android Tiramisu within the Californian company).

Google has already shared an early beta version of Android 13, which introduces app icons with support for its Material You design scheme. First introduced with Android 12, this pulls colours from the background image on your handset to change core elements of the user interface – such as toggles, scroll bars, clock faces, and more. According to Google, this adds a more granular level of personalisation to your phone. Third-party developers can update their applications to support Material You, so your WhatsApp chat bubbles and menu could automatically shift to better fit with the colours from your background, for example.

With Android 13, these changes will now extend to the app icons that are present on your homescreen. Other changes include a redesign media player, which uses the album cover of the track or podcast that you’re listening to as the background, and a requirement for all apps to request permission before they can send notifications.

Elsewhere, tipsters claim we could get our first glimpse of the long-awaited Pixel Watch as well as an update to Wear OS – Google’s Android-based software that powers fitness trackers and smartwatches. Following the acquisition of Fitbit, some believe that Google will leverage its internal design teams to create a new flagship smartwatch that complements its Pixel line of smartphones.

However, this is one rumour to take with a hefty pinch of salt. Whispers of an imminent Pixel Watch announcement have been a staple before every major Google keynote for years, with some reports that Google has pulled a reveal of the hardware at the eleventh hour ahead of previous events due to dissatisfaction with the final product.

Rounding out the keynote, we’d expect some new features for Google Photos, YouTube, Google Duo and Messages, as well as the Google Assistant.

Google IO will be available to stream for free on YouTube, and Express.co.uk will be in the (virtual) audience. Stay tuned for the latest announcements from the big G.

Samsung has some stellar deals on its latest smartphone. If you buy the Galaxy S22 today, you’ll get a pair of its Galaxy Buds Pro wireless earbuds (worth £219) for free as well as a one-year subscription to Disney+. And if you’re finished with your current phone, you can use the generous trade-in offer to unlock huge discounts. You can also choose from four exclusive colours – Graphite, Cream, Sky Blue, Violet – too!

Free Galaxy Buds Pro (worth £219) And One-Year Subscription To Disney+ If You Order Before April, 2022