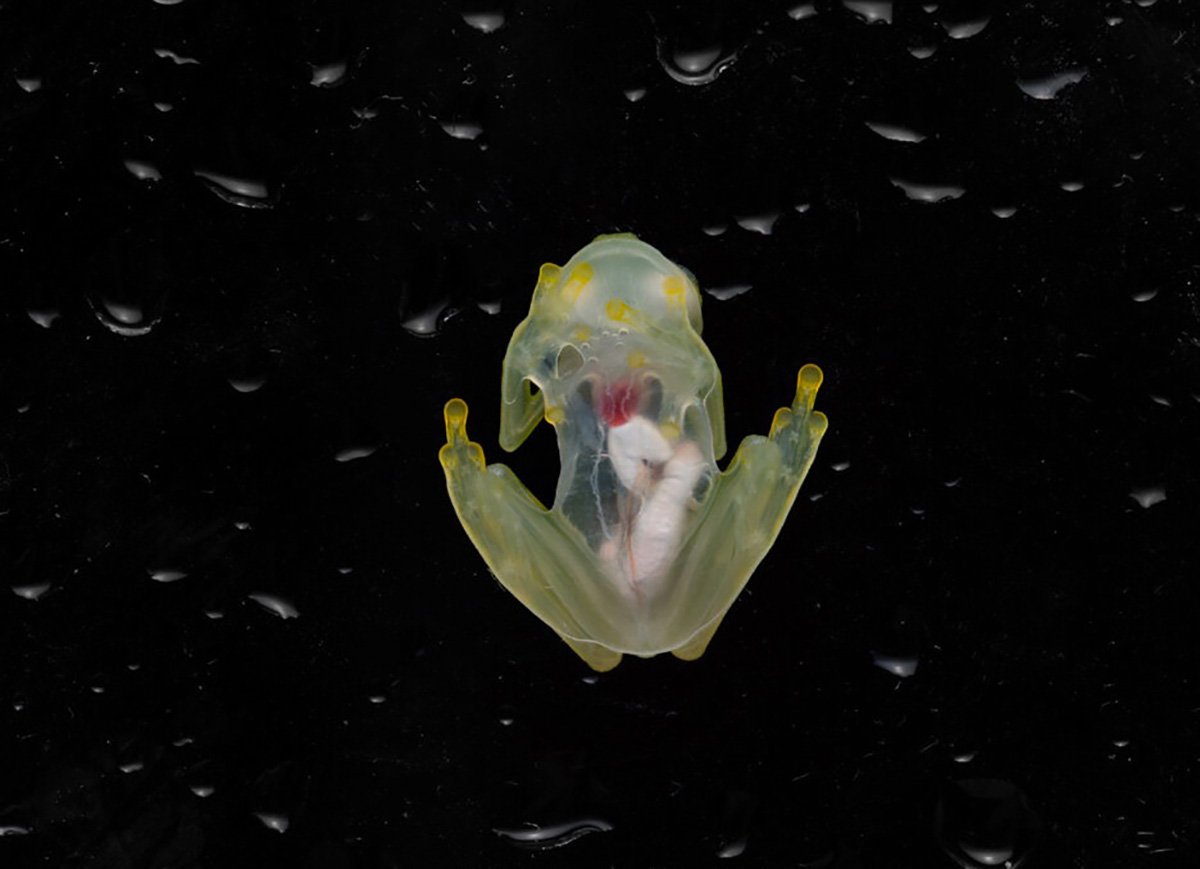 A team of researchers discovered two newly identified species of glass frogs in Ecuador which could be endangered already.

The frogs are native to mining sites in the Andes in Ecuador, near the Guayllabamba river.

A close look at their DNA and their distinct cells helped distinguish them from other glass frogs, according to the team that published a paper on the animals in the journal PeerJ last week.

The glass frogs are characterised by a completely transparent belly revealing a red heart, a textured white liver and digestive system, and, in the females, a pouch of greenish eggs.

‘At first, when we started to collect them, we thought they were the same species,’ said Juan Manuel Guayasamin, an evolutionary biologist and the lead author on the paper describing the new species.

Environmental science PhD candidate and study co-author Becca Brunner added in a Berkeley Rausser College of Natural Resources statement: ‘A lot of these sites are incredibly remote, which is one of the reasons why we were able to discover new species.

‘You can walk just a couple of kilometres over a ridge and find a different community of frogs than where you started.’

The researchers have flagged both the new species to be listed as endangered according to the guidelines of the International Union for Conservation of Nature, the organisation that maintains the IUCN Red List of Threatened Species, a catalog that tracks the conservation status of animals and plants.

Scientists are concerned about pollution and loss of habitat, as the frogs are found in forests where agriculture and mining are threatening their environment.

‘If a mining company came in and destroyed the few streams where we know these frogs exist, that’s probably extinction for the species,’ Ms Brunner said.

The glass frogs highlight the biodiversity of the Andes, and hint at how much is left to be learned about the animals that live in the mountain range.

‘The problem is not finding new species, the real challenge is having the time and resources to describe them,’ said Mr Guayasamin.

While these species of glass frogs were discovered in time to begin conservation efforts, other threatened species might not be so lucky.

There are 156 known species of glass frogs living throughout the South American region, mainly in the northern Andes and Central America.